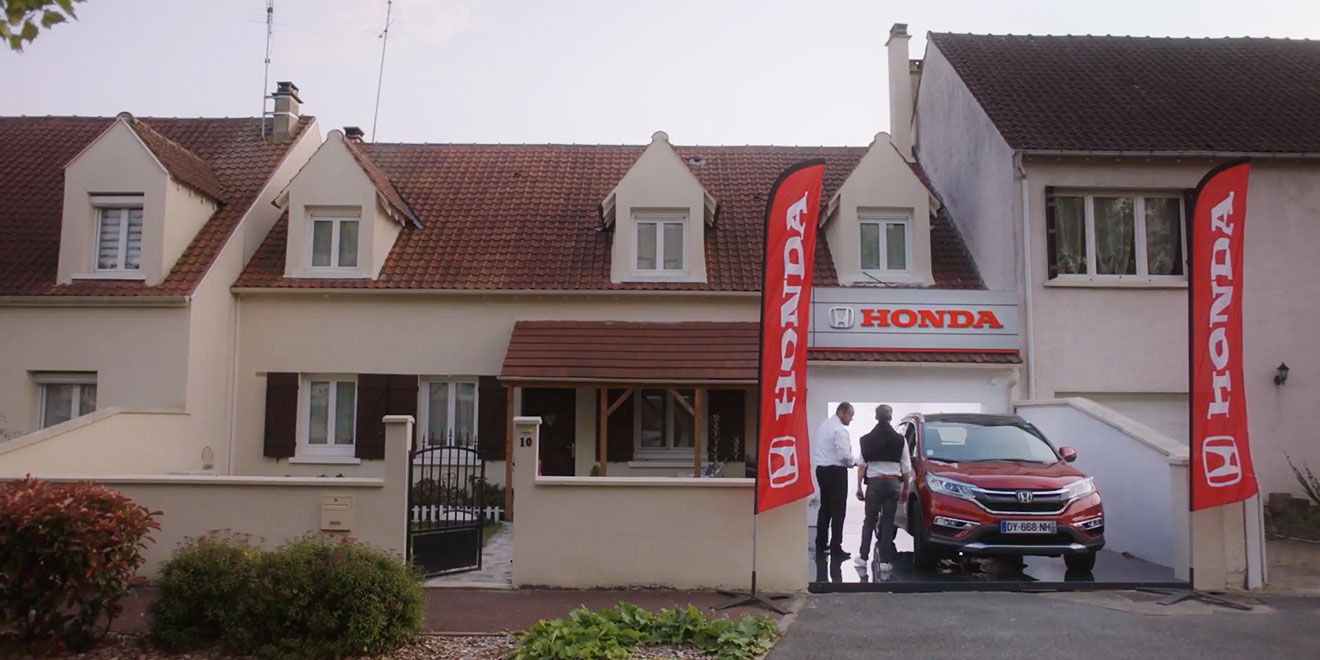 Asked your neighbor for a cup of sugar lately? They might not have that … but they could have a garage full of Hondas to sell you!

Honda doesn’t have a ton of dealerships in France. So, to get its newest CR-V and HR-V SUV models in front of prospects, it had to get scrappy. Working alongside agency Sid Lee in Paris, it reached out to the brand’s biggest fans and asked for help.

Fans make the best salespeople, right? They’re not only kitted out with all kinds of brand gear, they propagate enthusiasm. All it took was a bit of signage and brand swag to make their garages look legit.

The result is something out of a charming, small-town, feel-good film.

The #HondaNextDoor campaign lasted three weeks, and kicked off with a selection of brand ambassadors from among owners of its current models—people who already know how it feels to drive a CR-V or HR-V, meaning they’re probably even better equipped than your typical salesman to punt these models. Ten people were selected in all, and their garages were converted into pop-up dealerships throughout French suburbia.

The work was reinforced with social media and a TV campaign, featuring No. 1 brand fan Jean-Baptiste, inviting customers to register for test drives at local pop-ups. One million people were reached, generating thousands of leads over three weekends—and over 1,000 people apparently signed up to visit the refurbished garages.

Brands with physical presences are typically touchy about maintaining uniformity from space to space, but what’s charming about #HondaNextDoor is that the tiny nuggets that make fans true-blue—miniature cars, framed memorabilia, racing gear—were left untouched. Honda only affixed an official logo to their garages and the dealership flag typical of any automotive sales space. (They were probably also asked to clean the vehicles, which, frankly, is just polite.)

What we get is a nice hybrid of local character with a warm big-brand blessing.

Following its success in the French market, #HondaNextDoor will imminently roll out in other European countries, beginning with Belgium.