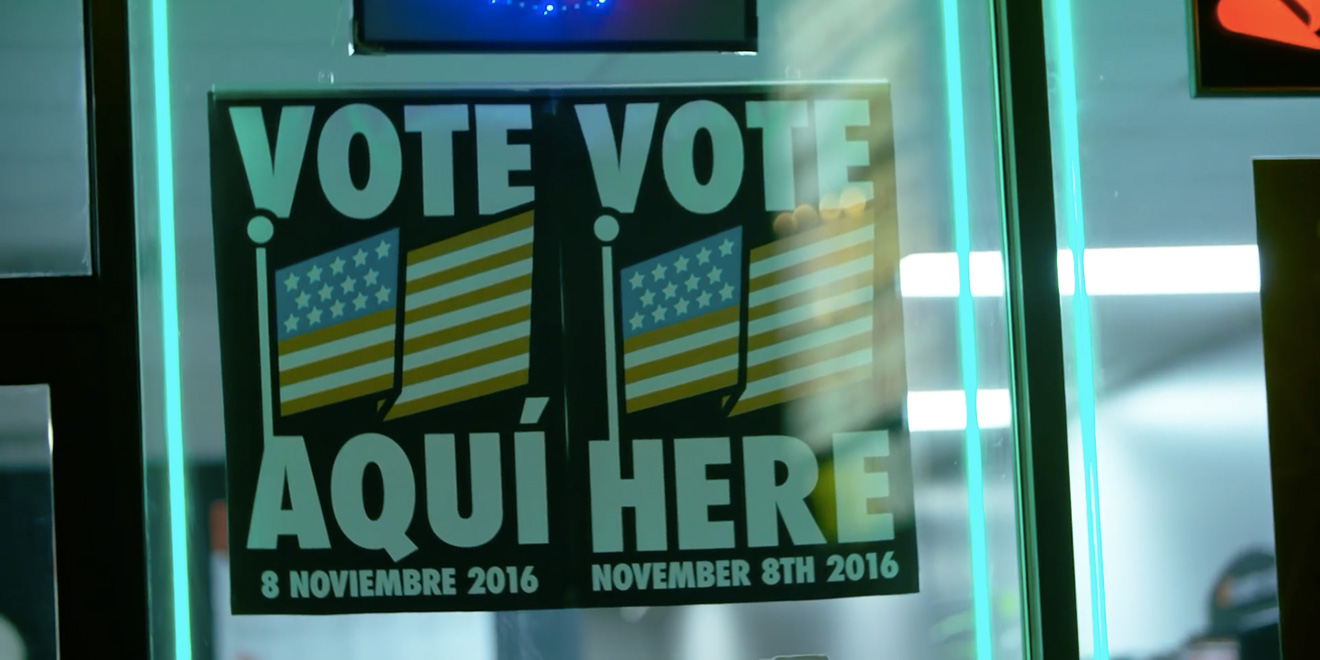 CANNES, France—Still want evidence of the tangible value of having a diverse workforce, and the perspective that comes with it? Look no further than 180LA’s “Boost Your Voice” campaign for Boost Mobile.

The work won two Grand Prix (in Promo & Activation and Integrated) at the Cannes Lions festival, but likely never would have been made had the agency not hired Karla Burgos as its social media manager.

Now a senior social media strategist for MullenLowe in Los Angeles, Burgos was the one who inspired the creative team behind “Boost Your Voice” to investigate voter suppression in minority districts. That eventually led to 180LA turning Boost Mobile stores into polling places during the 2016 election.

“She told us that she doesn’t vote,” said McCauley. “We were like, ‘What do you mean you don’t vote? Why?’ And she was telling us she doesn’t vote for a couple of reasons. One, she’s Latina, and she felt like her community [doesn’t vote] because they don’t think it really matters, and two, because it’s just too hard to vote.”

McCauley continued: “I live in West Los Angeles, and when I go to vote, it’s very easy. I usually go to a little grade school, walk in [and vote], get my sticker and I’m done. I’ve never had an issue voting, so when she told me that, I was like, ‘What do you mean hard? It’s easy. It’s cake.’ But it seemed like a very real thing to her, so we started researching it.”

The team found news articles about counties across the U.S. that had closed down polling places in minority and lower-income areas, causing longer lines and making it more difficult to vote. Farkas then remembered that he had once voted at a retail location, specifically a car dealership, so the team wondered if they could feasibly turn Boost Mobile stores into polling stations.

They came up with the idea in November 2015. Next, they had to sell it to Boost’s corporate team as well as its franchisee store owners. “[This campaign] has been the most logistically difficult, definitely,” said Farkas. “The real logistical nightmare was dealing with the counties. Elections are controlled at a county level in the United States, not the national level, so we had to reach out to every single county with a Boost store in the U.S. individually, which turned out to be 817 counties in 48 states. They all have their own rules.”

After getting the OK from Boost and the Boost franchisee owners, 180LA put together an outreach team of 30 people who worked over the next six months making calls to election officials.

“The two types of obstacles we ran into were that people liked idea but they had rules,” said McCauley. “[So they’d say] even though this is a great idea, we can’t do it because we’re pretty much hamstrung by rules, or they didn’t know how to get around the rules. So it was a lot of, ‘Oh no, we can’t do this or that.’ We thought it was just an economic issue, purely resources—and it’s not not that—but unfortunately it became true to us that voter suppression is real. It’s a real thing.”

“Not being a traditional creative, and a member of a marginalized group, I’ve always believed that advertising has the ability to shape our society and give a voice to those outside the mainstream,” Burgos tells Adweek. “That’s exactly what we were able to do with ‘Boost Your Voice.’ … I can’t stress enough the importance of recruitment and diversity in the advertising industry. While we’re making strides in the right direction, it’s imperative that every department make it a point to hire diverse individuals of different ethnicities, religions, sexual orientation, socioeconomic status, etc. We need to look outside our industry and seek talent elsewhere. I’m proof—that a Latina from West Los Angeles who never went to ad school can contribute to brand culture in a meaningful way.”

While winning two Grand Prix is exciting for McCauley and Farkas, they hope that the awards and conversation around the work will inspire others to combat voter suppression.

“As creatives, obviously, who doesn’t want their work to win?” said McCauley. “This problem still exists. It’s going to be a problem in the upcoming 2018 election, in the upcoming 2020 election, and if it inspires any other people in any other industry to find ways to help make sure everyone has access to vote, then great. I want Boost to keep doing this, and I want everybody to be able to vote.”