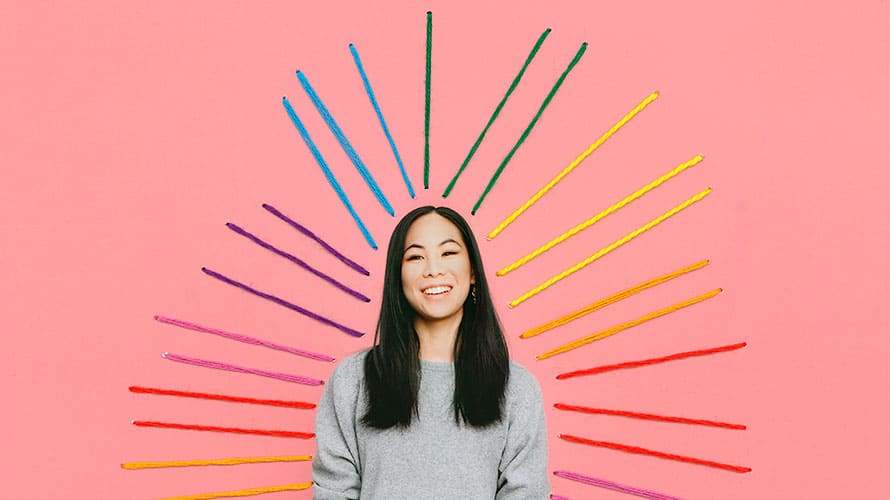 At this year's Cannes Lions, try to seek out other women to network with so you can get a fresh point of view. - Credit by Getty Images

On the eve of Cannes Lions 2018, I invite us all to consider a different M.O. at the festival this year. Not an “or,” but an “and.” Celebrate, yes. Rosè, yes. Breathe, yes. Embrace those who have been in the trenches with you, yes. Take a spin on Ron Perlman’s yacht (if you can), yes.

But let’s also get out of our respective country, city, agency comfort zones that we all cling to. Let’s pull up a chair instead and make an introduction, even awkwardly, to a complete stranger, a woman who doesn’t sound or look like you aside from the fact that she’s also likely wearing black as a sign of global solidarity. Let’s not use the majority of this time to catch up with industry friends from home cities.

With around 16,000 people descending from 95 countries into Cannes, the number of women who actually get to attend is still dismally low and needs real change. This despite the festival bringing the number of female judges up to 43 percent in 2017 and banning gender bias from our work, elevating empathy as the new gold standard.

Today a media storm engulfs us (some might say it’s drowning us). With this new digital revolution driven by mobile, we have unprecedented collision and interconnectedness. Never have so many of us grappled with identical issues at exactly the same time. Take, for example, that women on average still earn 25 percent less than men globally, and that despite representing 80 percent of consumer spend, three-quarters of those women still feel brands don’t represent or understand them. Now more than ever we need to go beyond what is circulating and percolating in our own cultures.

So how are others tackling these issues? What can we learn and share?

It’s not about rolling out a Western prototype but rather coming at solutions from multiple vantage points.
These five days in Cannes are actually the best shot many of us will get all year to arrive at new creative solutions against core issues. For many of us, this includes how to more mindfully, deliberately and thoughtfully represent women in media and messaging worldwide. After all, Cannes is where the most creative people on earth assemble. We create solutions to the world’s toughest problems.

A microscopic look at what I’m talking about is the Cannes Lions See It Be It program, now in its fifth year. It brings 20 senior creative women from around the world—think Mumbai, Beirut and elsewhere—together to expand their contacts, build their confidence and accelerate their careers.

Having been on the committee for a few years, I always started my sessions with a simple question: Raise your hand if you feel like you deserve to be here. The air grows stiff and still, and few hands go up. Despite what is often a cold start, by the end, women from all different pockets of the world emerge tackling issues and taking action.

This is a unique dynamic, and it’s intensifying year after year.

These are women like Atiya Zaidi, who was continually denied her visa by Pakistan and, yet, she persisted. Women who talk about experiences, like working in Brazil where although it’s a dominant, free market, they are still the only female creative director. Or the experience of working in Saudi Arabia where ads need to cover menstruation but women can’t be depicted touching pads. Or the experience of being in Iran and not being able to show hair despite needing to sell hair products. India and Pakistan, regions where women need a voice, are now doing award-winning campaigns on issues like hunger, abuse, security, child mortality and acid attacks. It’s not about rolling out a Western prototype but rather coming at solutions from multiple vantage points.

In speaking to Natasha Romariz Maasri, a creative director now in NYC who previously worked in Lebanon, she said how reassuring it was to see different experiences against the same issues and find common ground. “When you suffer together, it binds you. Even if a woman comes from another part of the world, you want to know how she dealt with the same situation, and a lot of knowledge comes from that experience.” Natasha left, she says, feeling “woke.’”

This transformation fills one’s heart with so much hope. What these women uncovered is that we are more alike than different. That the issues we are tackling at home, wherever that may be, are similar elsewhere. And that, surprisingly, our ideas may be radically new to someone else’s. Imagine what would be possible if we all shifted our mindsets and looked at this as an opportunity to share learning for collective acceleration.

While at the festival, why not take at least one hour a day to greet strangers—seek out the smartest women in the world across media, entertainment and creative—and talk about what’s next and what is the one thing you are going to do about it when you return home.

We were all throttled by the recent loss of an extraordinary human Anthony Bourdain. He saw the value in this approach, advocated that we should walk in someone else’s shoes and know that travel should leave marks on you. Let’s all try to channel some of that. Let’s raise our hands high at the beginning and not wait until the end. From the start, let’s all be woke.

@grayce_co Kathleen Griffith is founder and CEO of Grayce & Co.