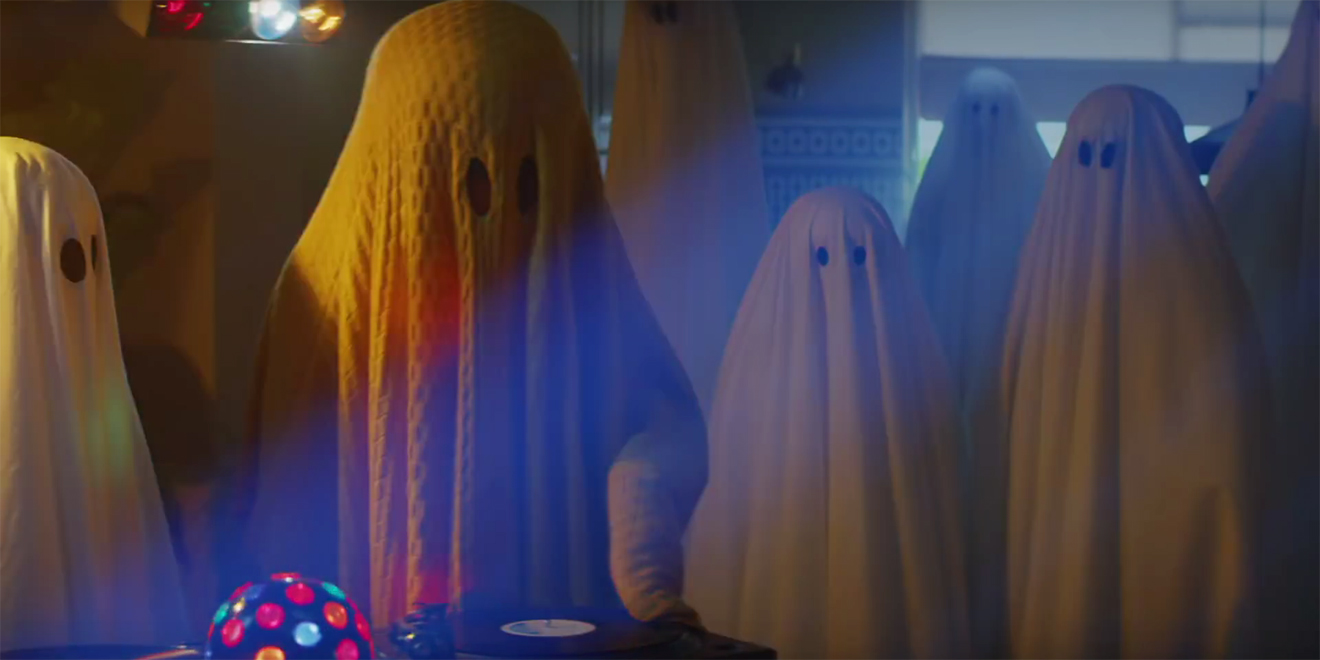 Mother London has launched a new campaign as the latest in its “Wonderful Everyday” positioning for Ikea, with a new ad titled “Ghosts.”

Directed by Blink’s Douglas Wilson, the spot opens on a solitary specter peeking around a corner of an empty house.

The ghost, wearing a classic white sheet—which seems to be in vogue now, worn by Casey Affleck in 2017’s “A Ghost Story” and appearing in a TurboTax’s Super Bowl ad—is soon joined by a large group of identical floating phantasms. Before you know it, they’ve got a party going, though it’s a pretty drab affair, morose music intoning as the group of ghosts shuffles in place.

Then a group of ghosts constructed from colorful fabrics designs and patterns crash the party. One of them throws on some more upbeat music—K7’s party anthem “Come Baby Come”—and the group’s infectious energy soon spreads to their monochrome peers, who can’t help but dance along.

When the homeowners return from their outing, the uninvited houseguests have to think fast, transforming into an array of Ikea textile items. Apparently the couple is so charmed by their home’s new additions that they don’t spend much time wondering how exactly they got there. The spot concludes with the catchy line, “Be a maverick with fabric,” followed by the tagline, “The Wonderful Everyday.”

“At Ikea, we want to encourage people to use their home as a platform of self-expression. Whilst many are staying safe when it comes to decorating their home, featuring neutral products, we are all about brightening up your home by including items that reflect individual’s personalities,” Ikea U.K. and Ireland marketing manager Laurent Tiersen said in a statement. “We want people to express themselves through textiles and be a maverick with fabric, bringing your personality into your home. The home is a key part of everyday life and can contribute to your well-being, and at Ikea we do what we can to help to create a wonderful everyday.”

The campaign launched on Monday, with ads running in 60- and 20-second versions in broadcast, online and in cinemas across the U.K. and Ireland. Supporting elements include print, digital, outdoor and PR initiatives.

There’s also a music video for London indie pop band Teleman’s song “Repeater,” directed by Pulse Films’ Oscar Hudson. It features the band performing to a rapidly shifting Ikea-furnished backdrop. The music video will be housed on YouTube and run on the brand’s Instagram page.

For lots more clever work from the brand, check out our roundup of Ikea’s best marketing in 2017.