It’s Jack vs. Martha in This Celebrity Feud of a Super Bowl Campaign 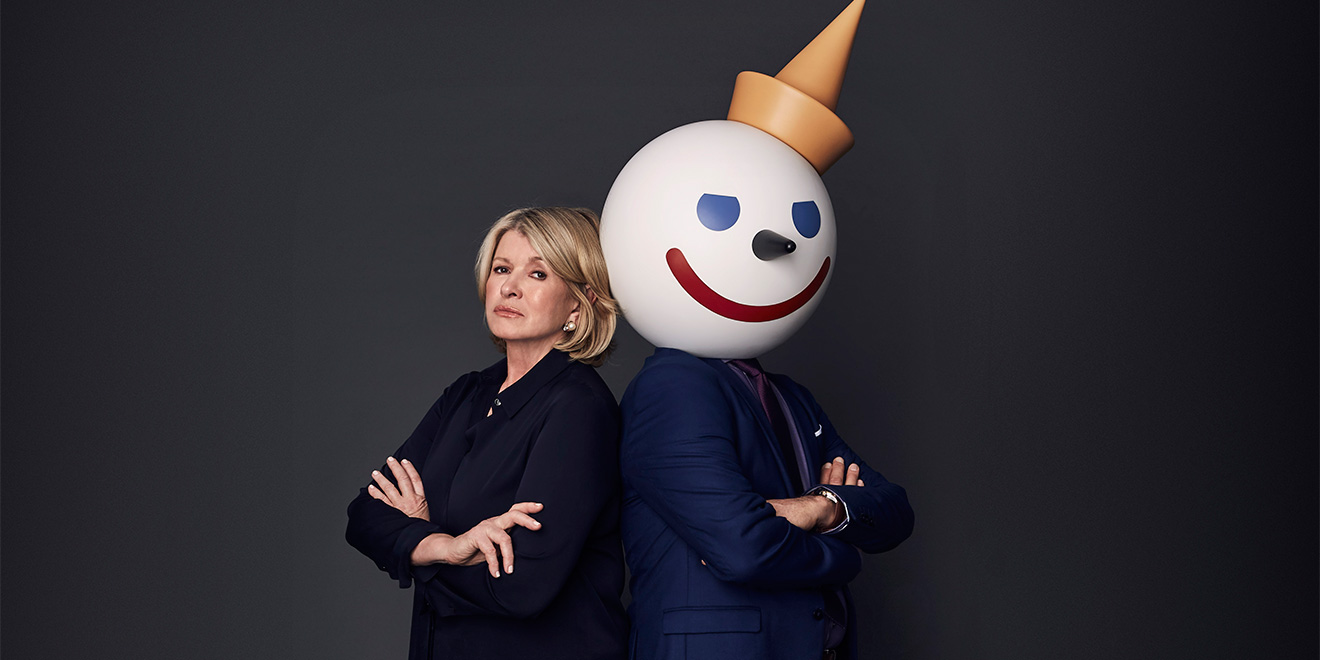 Jack in the Box has a new line of premium specialty sandwiches called the “Food Truck Series,” and it’s as good as anything Martha Stewart could cook up.

That’s the premise of the fast-food chain’s 2018 regional Super Bowl campaign, in which its eponymous mascot battles the culinary queen in a rivalry that extends from a Super Bowl spot into all manner of hijinks on social media.

Here’s the commercial itself, via agency David&Goliath:

After the spot airs on the Super Bowl, Jack and Martha will begin a Twitter feud with the hashtag #JackVsMartha. It will include the two “shooting barbs back and forth in the form of posts, videos, gifs and even giving out each other’s personal phone numbers,” according to the brand.

There will also be partnerships with BuzzFeed and Funny or Die.

“For this campaign, we wanted to highlight the premium quality of the Food Truck Series and emphasize just how unconventional these sandwiches are for a fast food restaurant,” says Bobby Pearce, chief creative officer at David&Goliath. “The Food Truck Series is a huge leap forward in the QSR category, both in innovation and quality. So we wanted to create a campaign that’s just as innovative and culturally relevant as the sandwiches themselves. And since it’s Jack, it needed to be entertaining.”

Pearce adds: “Everyone loves a good celebrity Twitter feud, so pitting Jack against a culinary icon like Martha Stewart was a great way to get our message across in a fun way that will keep the conversation going across social long after the spot airs.”

With media partner Carat, Jack in the Box will also be testing 6-seconds regionally for the Food Truck Series, which is comprised of the Asian Fried Chicken Sandwich, the Pork Belly BLT and the Prime Rib Cheesesteak. The chain calls the sandwiches “delicious, elevated and totally unprecedented … not something you’d expect to find at a typical fast-food restaurant.”

CREDITS
Client: Jack in the Box