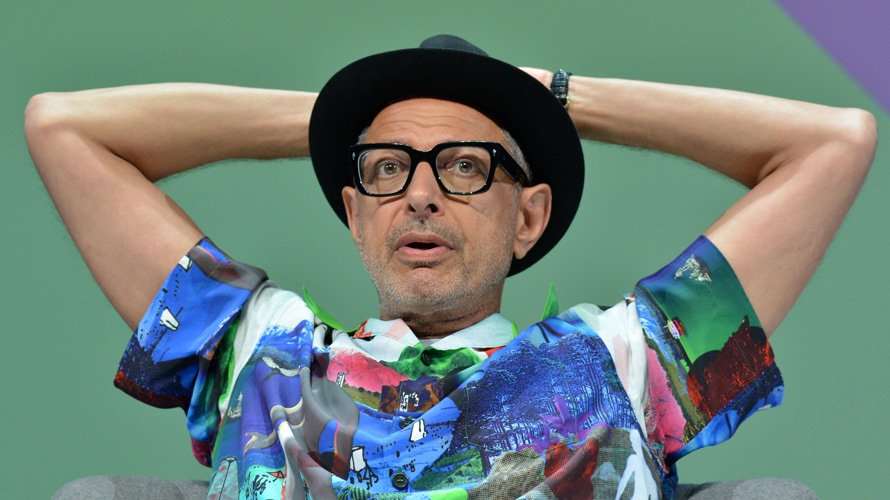 Jeff Goldblum was his casual self at Cannes. - Credit by Cannes Lions

CANNES, France—It was easy to spot actor and producer Jeff Goldblum at the Cannes Lions festival this year. Firstly, because he’s Jeff Goldblum. But he also wore a colorfully printed shirt that perfectly capsulated the casual atmosphere and unique conversation he had on stage with fellow panelist Stéphane Xiberras, president and CCO, head of Global Creative Council, BETC Paris, at the Palais.

The conversation was wide-ranging and veered into discussions about music (they are both musicians); technology and how it’s affecting entertainment; good advertising and even their favorite dinosaurs (Goldblum said he doesn’t have one, perhaps because of his Jurassic Park history).

Xiberras brought examples of good advertising and shared them on the big screen for the audience to watch. (Moderator Louise Benson got a thrill of what she said “felt like watching TV” with Goldblum.) Among those examples shared was performer Logic’s song about suicide prevention, “1-800-273-8255,” the number to the National Suicide Prevention hotline.

Xiberras and Goldblum agreed that being genuine when it comes to creativity, both in acting roles and in good advertising, was important. “Sincerity is key,” Xiberras said. “Do things for real.”

The group also discussed how, if parties are genuine, there would be more opportunity for collaboration and to work one another on a global scale to have a better dialogue about large issues, like climate change and technological disruption.

“As long as we all have something wholesome, sincere like you say, and inspired by the idea that the world can work for everyone. And the end of the day real problems ahead of us need to be solved with global cooperation,” Goldblum said.