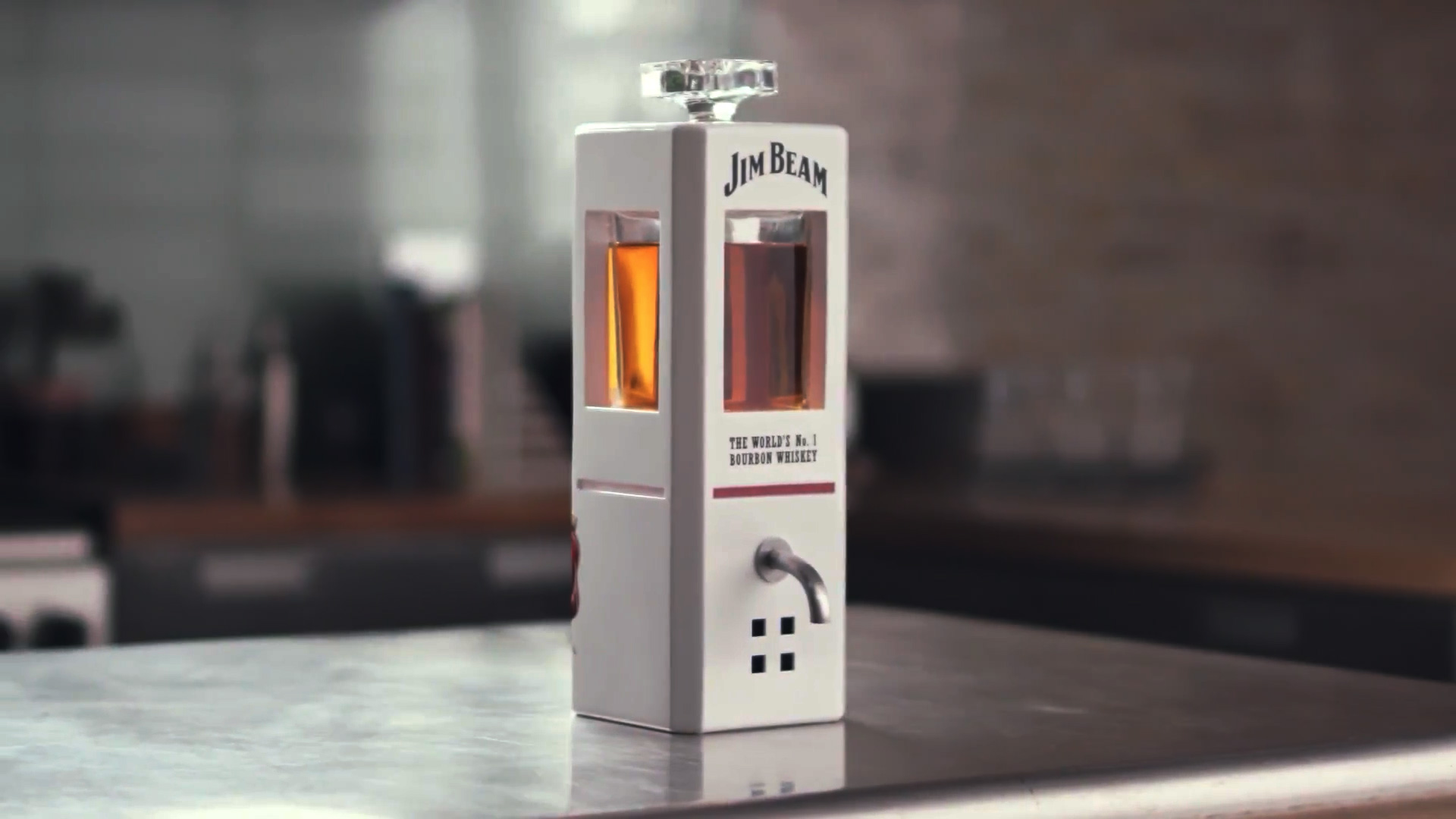 Jim Beam is making a foray into the newly popular voice-activated home tech category … with a delightfully absurd machine.

The whiskey marketer is billing it as the “first-ever artificially intelligent decanter,” and calling it, naturally, “Jim.” A parody of toys like Amazon Echo and Google Home, it’s available for pre-order at $34.90 and voiced by Fred Noe, seventh generation master distiller for the brand.

It won’t be able to tell you the weather or “call you a cab to Cupertino,” according to the promotional video, but it will encourage you to drink bourbon, rain or shine, any way you please—and even measure it out for you.

Agency Olson Engage worked with Jim Beam on both campaigns. The new addition is certainly amusing enough, even if it lacks the inspired brilliance (or perhaps, inspired stupidity) of its predecessor. Some Silicon Valley advertisers might get away with tediously pretentious marketing if they really are changing the world, but it’s also a category that’s deservedly spawned a rich tradition of mockery. 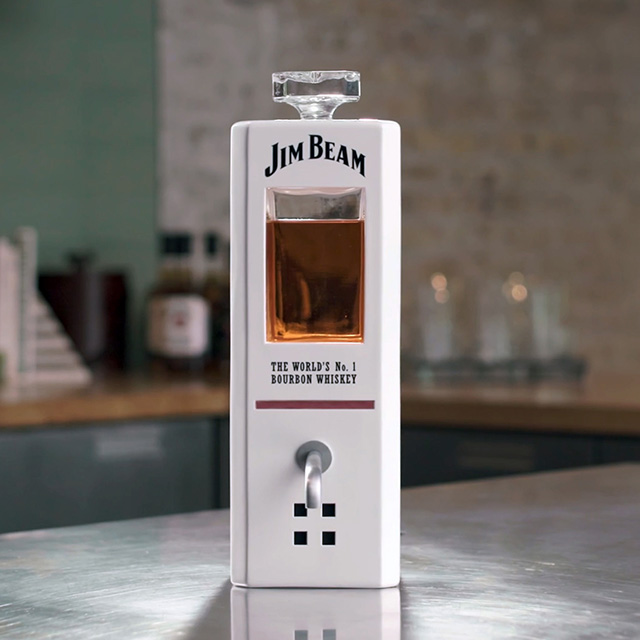 While it might be up for debate whether it truly is the first smart decanter (especially depending what you mean by “smart”), suffice it to say nobody else is going to be in a rush to claim the title. That for no other reason than if you’re too lazy or drunk to measure out another glass of the hard stuff for yourself, then you really don’t need it.

Then again, not needing it is sort of the point.