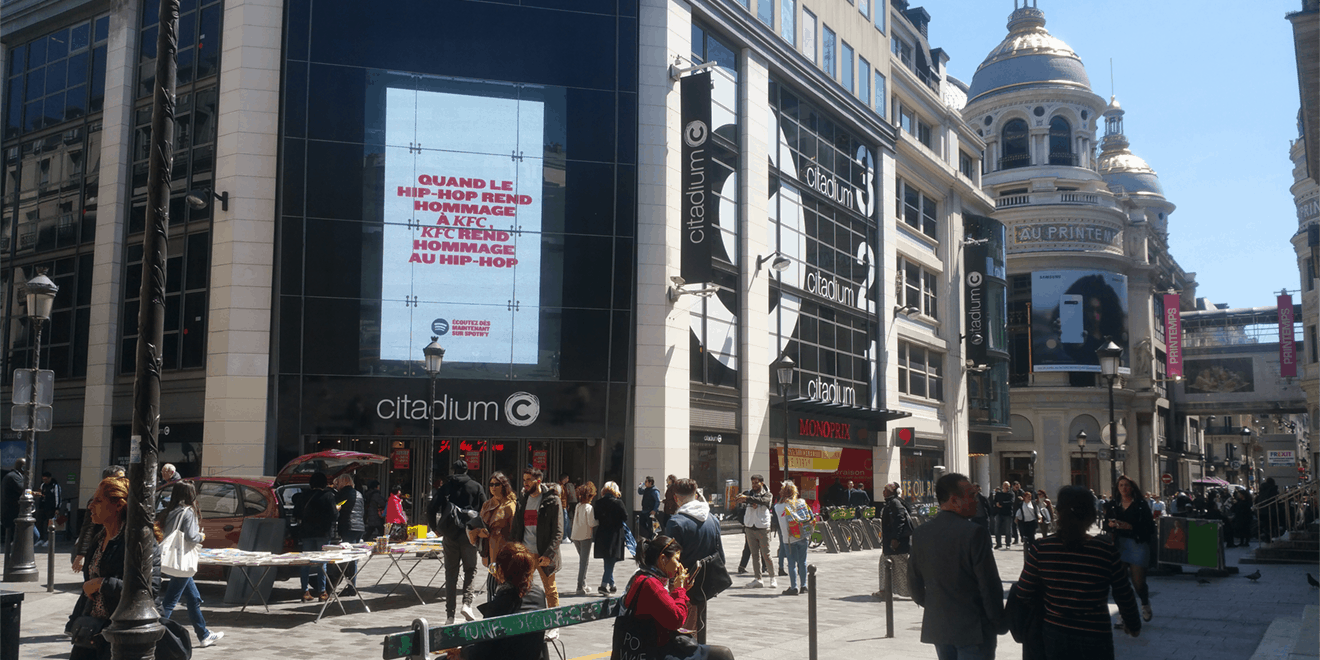 KFC's "Bucket Bangers" playlist is being promoted throughout France. - Credit by KFC France

Name-dropping of brands in hip-hop is nothing new. For years, the likes of fashion and alcohol have received their fair share of attention (“Pass the Courvoisier” by Busta Rhymes or “Air Force Ones” by Nelly, anyone?).

Food has an illustrious history in the genre as well if this playlist is any indication. But did you know that KFC has been explicitly been mentioned a whopping 46 times in hip-hop songs over the past 30 years? From Run DMC and the Beastie Boys to Kanye West, MIA and Kendrick Lamar, the chain is clearly a big part of hip-hop’s history.

Now, KFC is returning the favor by paying tribute to hip-hop with a “Bucket Bangers” Spotify playlist devoted to the songs referencing the brand.

KFC’s French agency Sid Lee Paris created a campaign to promote the playlist via Spotify banners and a series of OOH ads around Paris with lyrics from the songs. 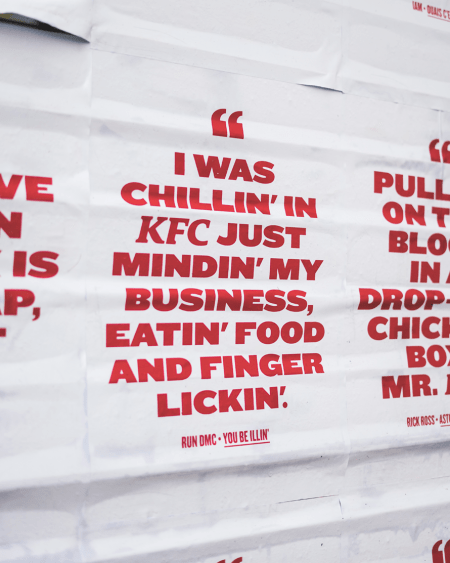 But it’s not just American artists featured. “Bucket Bangers” includes a host of French acts like Maître Gims and Orelsan in addition to the familiar names already mentioned, as well as hip-hop stars from Germany, Russia and Brazil. 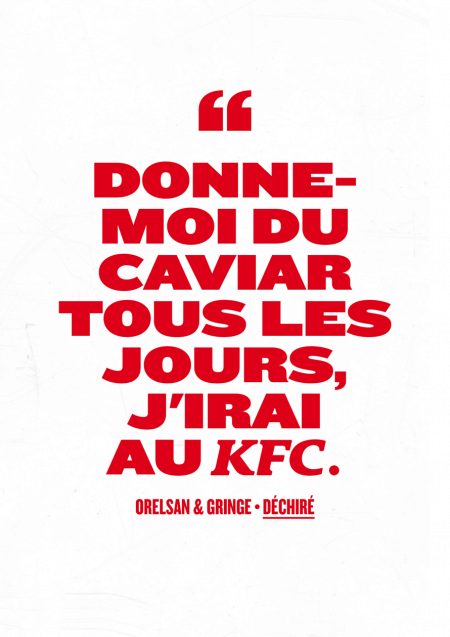 It’s a unique way to flex KFC’s pop culture prowess, as we’re pretty sure there aren’t many brands who could pull off such a lengthy playlist.