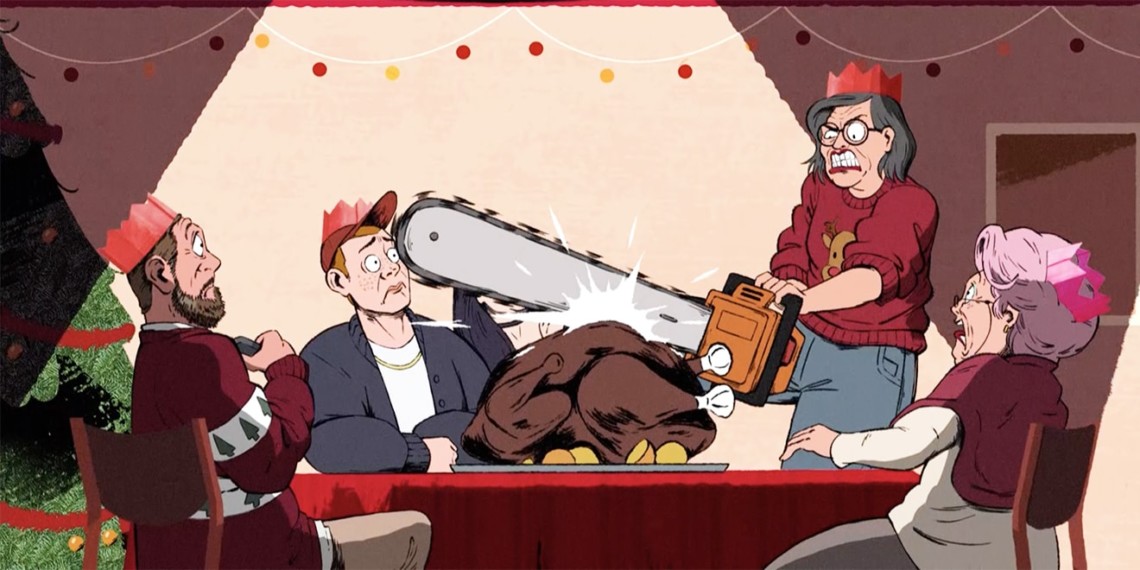 In the U.K., turkey is reserved for Christmas dinner, so KFC takes the seasonal opportunity to mock 'the lesser poultry.' - Credit by Mother

Thanksgiving might not be a thing in the U.K. (what with it being an American celebration of the Pilgrims’ first successful harvest in the New World), but the idea of one big turkey meal a year is still a shared cultural experience. In Great Britain, home-cooked turkey is instead a Christmas tradition.

In recent years, KFC U.K. and Ireland, via agency Mother London, has taken to poking some fun at turkey’s one day in the spotlight. Last year, the brand’s holiday ad featured a dramatic showdown between the two great poultry powerhouses: chicken and turkey.

For 2019’s holiday season, Mother returns with a campaign about the Christmas turkey, this time using bold and fast-paced animations to point out the challenges of cooking turkey at home. The message: “Good luck on the 25th. Until then, we’ve got you.”

Rather than telling Brits not to eat what KFC dismissively refers to as “the lesser poultry,” the short-form campaign instead grants turkey its one day of dominance while also tacitly taking pride in the chain’s proven poultry chops.

“Burnt, overdone, chewy, dry—we’ve all got a turkey horror story,” says Kate Wall, head of advertising and retail at KFC U.K. and Ireland. “And they’re usually enough to keep any family’s designated chef up all Christmas Eve. This year, we wanted our Christmas campaign to take an irreverent, cheeky look at the ritual that has become ‘Christmas Turkey.'”