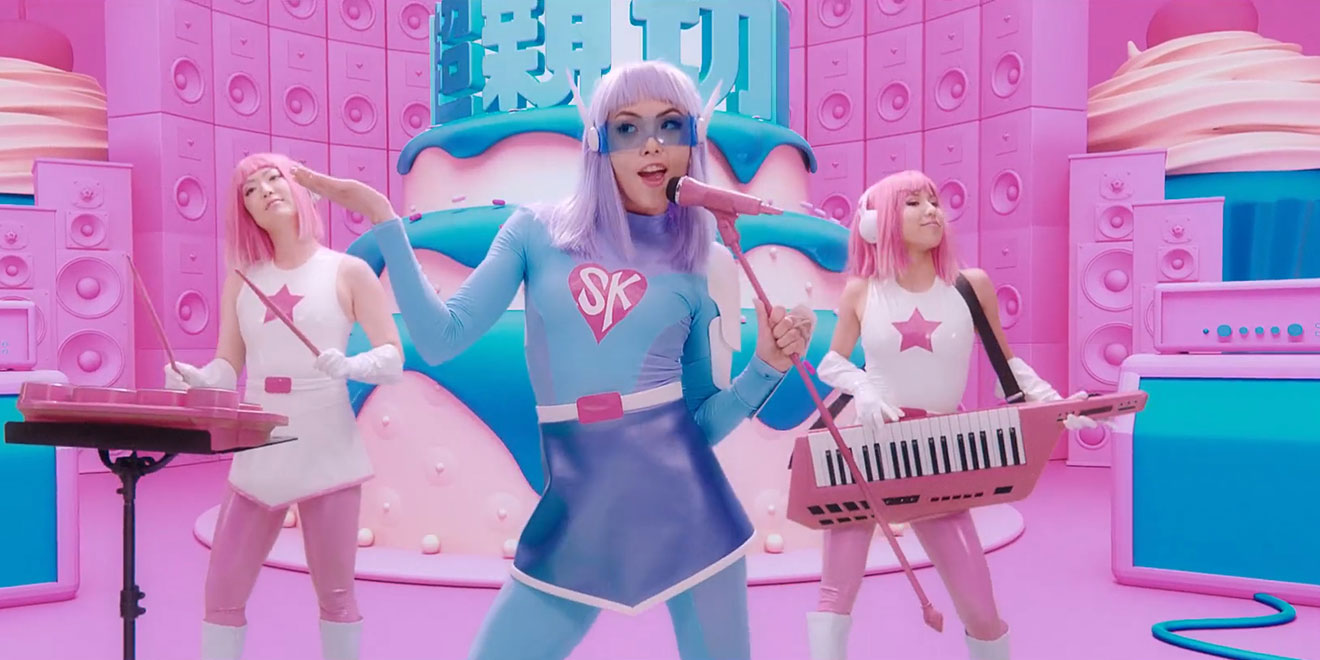 The YouTube director, known in part for his insane fake Japanese commercials (including a famous Donald Trump ad spoof made during last year’s election), is getting some plum real ad gigs lately. He got lots of attention for his entertainingly dystopian robot spot for Halo Top ice cream. And now he’s made some ads for a government account, of all things—the Los Angeles County Metropolitan Transportation Authority (aka, LA Metro).

He even got to indulge his obsession with Japanese ads.

Diva directed three new spots, styled like Japanese ads, to remind riders to have good manners on public transit. They feature a character called Rude Dude, a furry orange monster (who may or may not have been kicked off the set of Yo Gabba Gabba), and Super Kind, a J-pop superstar by day and mass-transit-riding superhero by night, played by another YouTuber—Anna Akana.

The ads show Rude Dude living up to his name with unpleasant antics on the Metro, and Super Kind swooping in to correct his behavior. See the spots here:

The notable thing about these spots isn’t just that they’re weird—it’s that they’re so well made, with gorgeously bubbly set design, incredible detail throughout and a perfect balance between real and fantasy worlds. If the offbeat approach seems like an unlikely one for LA Metro, it was actually the client who came up with the concept, though Diva took it in bizarre new directions.

“The initial pitch from client was just a superhero named Super Kind who teaches people etiquette, and at the end of each spot, the riders on the Metro would say, ‘Thanks, Super Kind!'” Diva tells AdFreak. “Needless to say, it’s changed a lot since then. Props to the marketing team for letting me go nuts with this.”

John Gordon, director of social media marketing at LA Metro, said the funky spots are perfect for a creative city like Los Angeles.

“We knew from the start we wanted something quirky, fun and memorable, something that would remind people about Metro etiquette without looking like a traditional government agency PSA,” he said. “That’s what Mike Diva and his team have delivered. It’s been a great experience working with local talent like Mike Diva and Anna Akana. It lends a colorful touch that matches the spirit of our riders and the creativity of Los Angeles.”

Diva says his favorite spot of the three is probably “Aisle Blocking.”

“That was the most fun to write music for, and my brother killed it with the production,” he says. “I also got to get really Future Pop with the music video. Honestly, though, it’s hard to pick one because each video holds a special place in my heart. It was such a fun challenge to create three different styles of song and video that all feel like they could be made by the same artist.”

And why the ongoing obsession with Japanese commercials?

“They are always visually stimulating, hilarious, and they’re not afraid to get weird,” Diva says. “I love making commercials in that style because it’s sort of an excuse to do really wild stuff. I feel like American commercials could really take a few lessons from the attention-grabbing way they handle advertising.”

What’s next for Diva? He has a few things in the works, but is mainly focusing on putting the finishing touches on a horror short that he shot earlier this year, which was written by Max Landis and stars Craig Ferguson.

Check out the LA Metro out-of-home work and credits below: