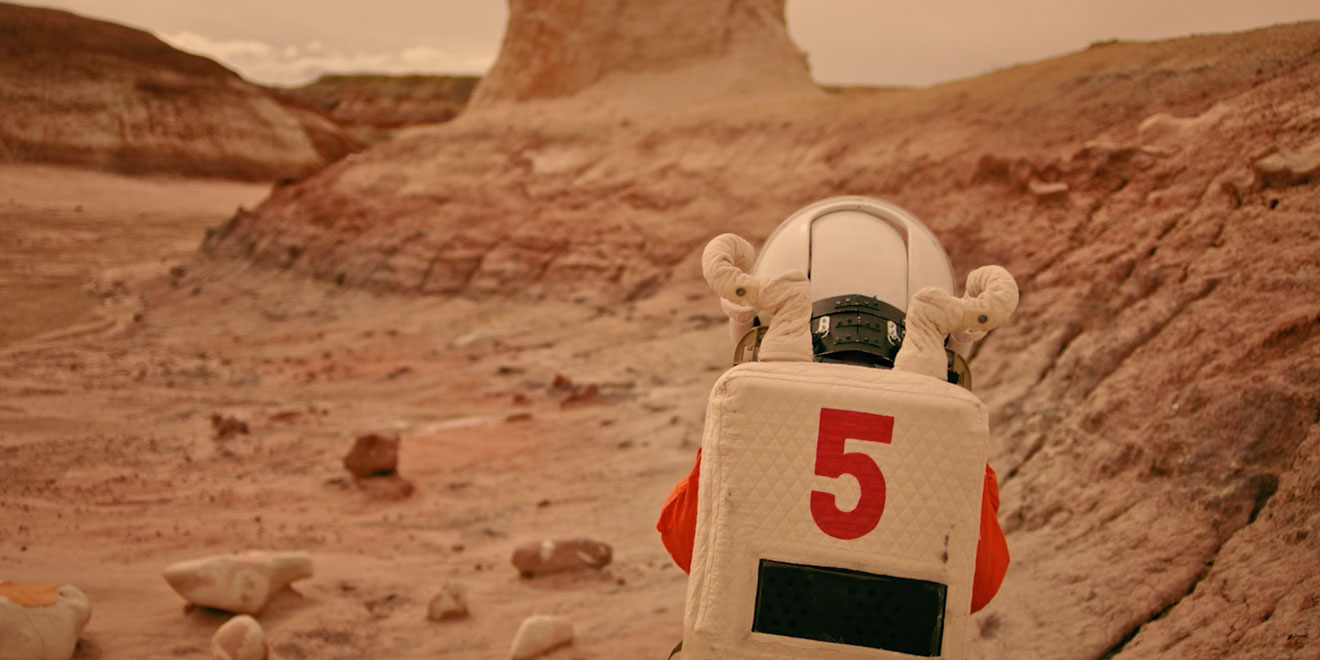 The spot is one of three that are being made to sponsor the film. - Credit by CNN/Courageous

And that’s the point.

A new ad for Land Rover shot at the Mars Desert Research Station features physician and scientist Shawna Pandya and focuses on her training as a citizen astronaut candidate who could someday travel far beyond the moon.

The spot, created by CNN’s branded content studio, Courageous, will debut this summer before the IMAX screenings of the network’s feature documentary “Apollo 11: First Steps Edition,” which commemorates the 50th anniversary of the lunar landing in 1969. A separate spot will appear during “Apollo 11” when it airs on CNN.

The spot begins with an aerial shot panning the desert landscape before following a fully suited Pandya as she walks on the ground and inside the training center.

“Why do we explore? Why do we discover? I think discovery is a fundamental human trait. It’s what makes us human,” she says.

Not until then does the Land Rover appear, while Pandya’s narration describes the purpose of training in a place like Utah even though it’s still nowhere near what it’ll be like on the red planet.

“The bottom line is: space is trying to kill you,” she says.

Pandya told Adweek her lifelong interest in space began as a child, when she was “mesmerized by the night sky.” Later, while applying for medical school, she decided to apply for a space university program as a “backup plan.” But to her surprise, she got into both. She ended up taking a one-year deferral from medical school to complete the space program before going on to do an internship with European and U.S. space programs while also studying for her medical degree.

“Shawna and the NASA league are the future of space exploration,” said Otto Bell, chief creative officer of Courageous. “It wasn’t easy to get them to participate because it is a commercial endeavor. We worked with Shawna to make sure that the film that we made together was additive, and that it was inspiring, and that it spoke to this idea of ‘never stop discovering,’ which obviously it’s Land Rover’s strap line.”

Pandya is a physician by day. The space career is a bit of a side gig, but far from on the side. And that’s not all she does: she’s a pilot, a skydiver and a scuba diver, and she also has years of experience in martial arts. Later this year, she’s also doing a hyperbaric medicine course in Florida, a five-day underwater mission for some scientific research, another parabolic flight training session and a space-only medicine course.

“In this day and age, every company has their priorities. But when they step outside those bounds and celebrate something so fundamental to the core of humans like exploration…and then to bring it to life on the screen in the way they did, that was really cool.”
Shawna Pandya, physician and citizen astronaut candidate
All of these help her main goal: to get to space. But with everything else going on, why make time for a commercial? Pandya said it “reminds us that exploration and discovery are core human tenets.”

“In this day and age, every company has their priorities,” she said. “But when they step outside those bounds and celebrate something so fundamental to the core of humans like exploration … and then to bring it to life on the screen in the way they did, that was really cool.”

In one scene, Pandya steps out of the vehicle and makes an impression on the ground with her boot—a symbol of where humanity has gone and where it might go next.

“It’s such a small shot in such a big desert, but it’s so important,” she said. “And the way it was captured was really reflective of Apollo, but also a reflection to the future, of who will be a part of the next mission?” 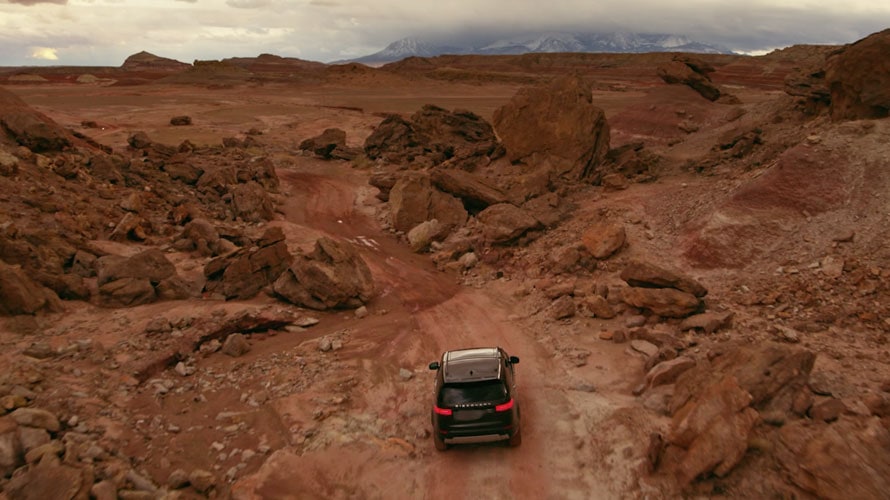