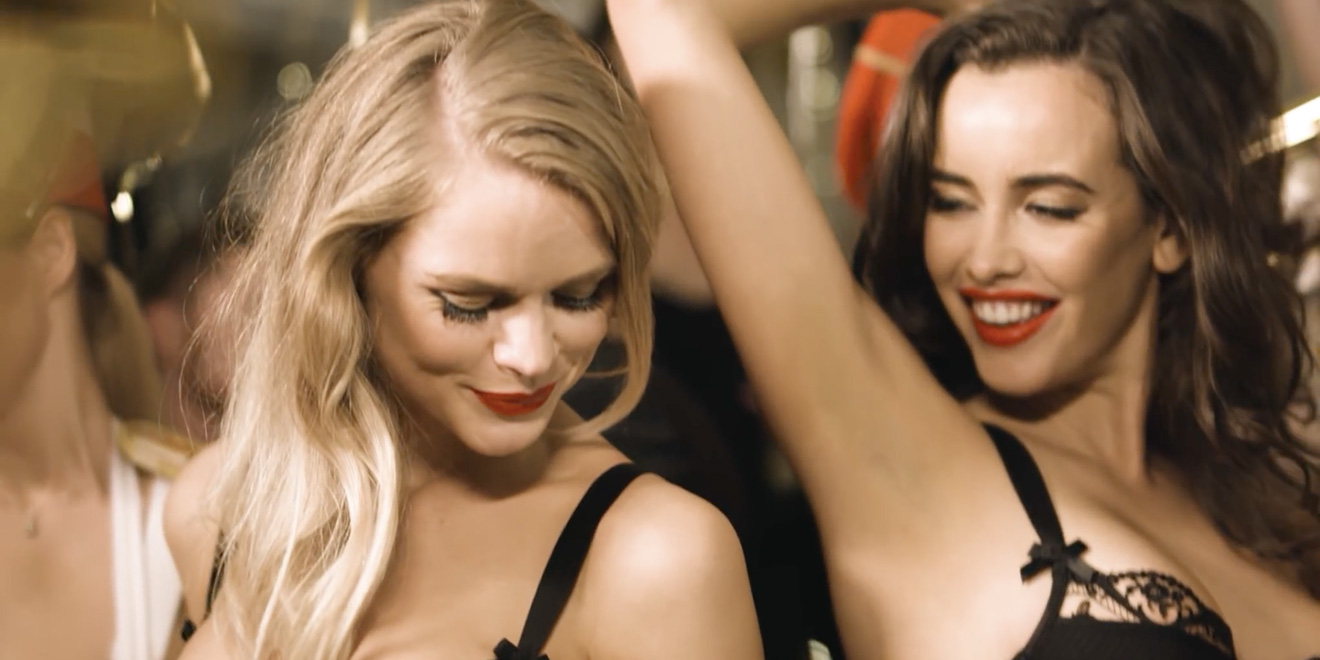 At a time when issues of sexism and harassment in the workplace have never been more in the spotlight, Australian lingerie brand Honey Birdette has rolled out a holiday commercial that would seem absurdly oblivious to that dialogue—yet the company’s founder is brushing off criticisms as “ridiculous.”

The spot has a clear workplace theme. It’s called “Office Party,” but it’s probably a little different than your company’s annual gathering. Unless you happen to have supermodels in skimpy underwear milling around for the entertainment of dudes in tuxedos.

Honey Birdette posted the spot to Instagram, where a lot of the reaction was immediately damning—even from self-professed fans of the often-risqué brand.

“I really love your products, heck, my wedding lingerie was Honey Birdette, and I’ve spent hundreds of dollars on these products,” said one commenter. “I’m just making a point that creating an ad based on sexualizing women in the workplace for their male co-workers leaves a sour taste in the mouth, given the recent revelations within a number of workplaces about sexualization and harassment of female workers.”

“I think given the current climate, particularly on sexual harassment and setting boundaries in the workplace, this is not a good marketing move on your part,” wrote another.

Honey Birdette’s founder, Eloise Monaghan, rejected all criticism of the spot. “There’s a disturbing conservative theme out there, but we will keep doing what we do!” she wrote online. “Women can embrace their sexuality without fear of assault. How ridiculous.”

Monaghan has her supporters. “All I see in this video is a bunch of people who look like they’re enjoying themselves,” wrote one. “Women should be able to dress how they want and enjoy themselves.”

But the critics far outnumber the defenders, with many scoffing at how Monaghan could cast the work as empowering.

“I don’t think this is empowering to women at all,” wrote one. “This is some degrading shit to women in the workplace. We are still fighting to close the wage gap, male co-workers already sexualize and dehumanize women in the workplace, patronizing them for their looks and behaviors at work. Some women don’t attend their work parties for fear of being sexually harassed. This is disgusting.”