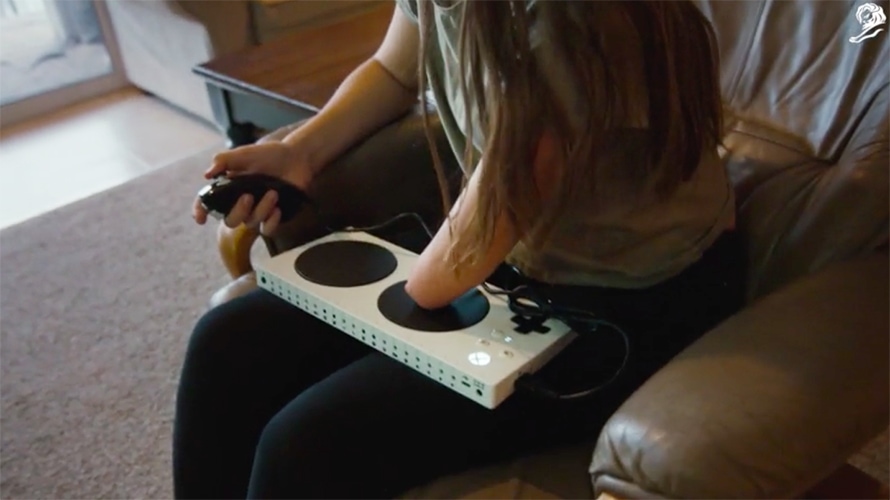 CANNES, France—This year’s Grand Prix for Brand Experience and Activation at the Cannes Lions International Festival of Creativity went to McCann New York for its Microsoft campaign “Changing the Game.”

“Changing the Game” saw the creation of a new, adaptive Xbox controller that made for easier play for people with physical disabilities. Children who would be using the controller were consulted in its creation and created unboxing videos to spread awareness about how it functions.

The controllers were the centerpiece of Microsoft’s Super Bowl spot earlier this year in an ad called “We All Win.” The ad was a massive success: It was the most effective Super Bowl ad, according to stats from Unruly. Overall, the campaign garnered a whopping 1.1 billion impressions.

“Our intent with our ads is to illustrate a product and a human truth, and [to] deliver on our mission of empowering every person and organization on the planet to achieve more,” said Kathleen Hall, Microsoft’s corporate vp of brand, advertising and research, at the time of the ad’s release earlier this year. “In this instance, the Xbox Adaptive Controller helps the children enhance their gaming experience and compete in new ways. What better message for a premiere sporting event?”

Jaime Mandelbaum, chief creative officer for VMLY&R Europe and jury president for the Brand Experience and Activation Lions, said this ad was chosen as the Grand Prix in the category because it was not only uplifting and inspiring, but created real change.

Mandelbaum also said that in today’s climate, brands can’t expect to be rewarded solely for talking about issues like diversity and inclusion—they need to take tangible action, too.

“We’re past the point of seeing themes like inclusion and gender equality being done only for awareness sake,” said Mandelbaum. “Now we need to see brands taking action and really being a part of the solution, not just talking about something that we heavily discussed.”