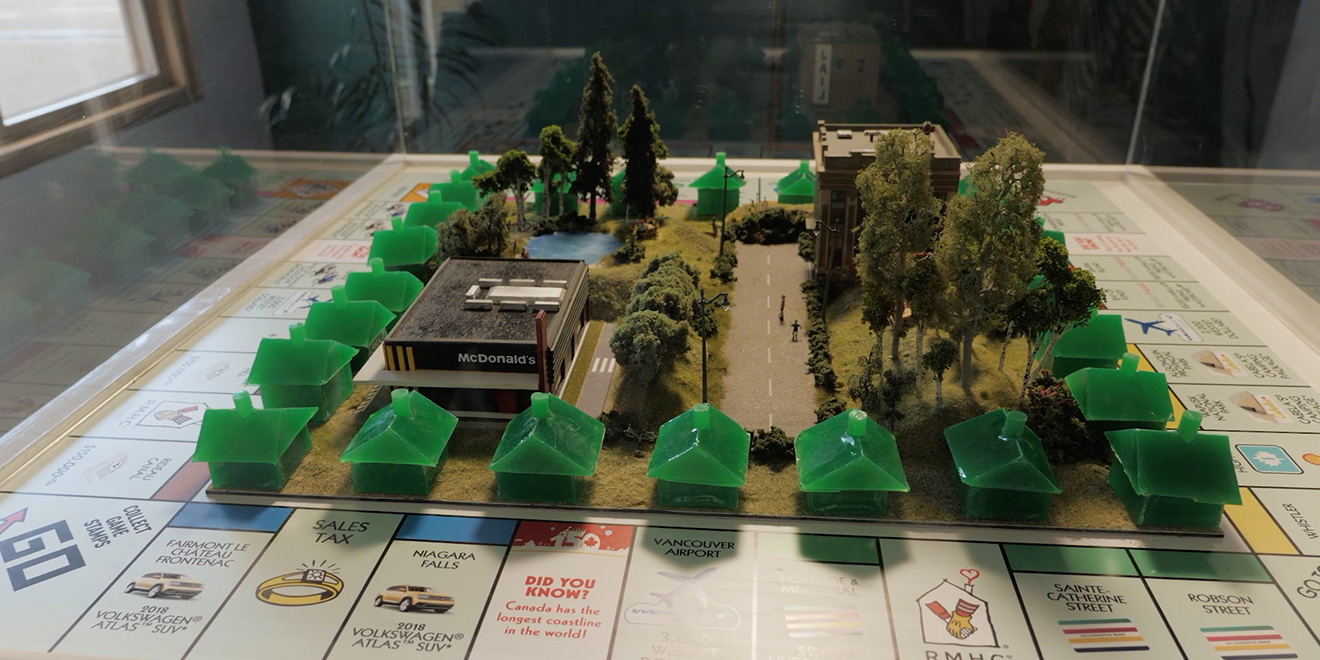 The Monopoly game is back at McDonald’s in Canada. To promote it, Cossette Vancouver imagined if the board game’s little green houses existed in real life.

The agency set up a pop-up experience where a salesman pushed a fictitious development called Green Estates, “a growing community development that offers leisure, lifestyle and ‘greener’ building practices than any other community could reasonably claim.” With an emphasis on greener.

Check out some action from the pop-up store here:

A website, greenestates.ca, goes into further detail about the development’s amenities, floor plans, developer story and more. Among the things we learn:

A convenient railroad connects everything from “Go” to “Free Parking,” multiple airports, hydroelectric power, and a jail that we’re legally obliged to tell you about. What more could you want in a community?

Led by visionary real estate mogul Mr. Monopoly, the Omnopoly corporation has created many successful developments prior to Green Estates. Perhaps most famously, their line of red luxury hotels which, despite controversy surrounding the demolition of four houses per hotel in almost every instance, was seen as a massive industrial success.

It’s a cute promotion, and surely a lighter lift than actually painting a whole neighborhood of houses green.