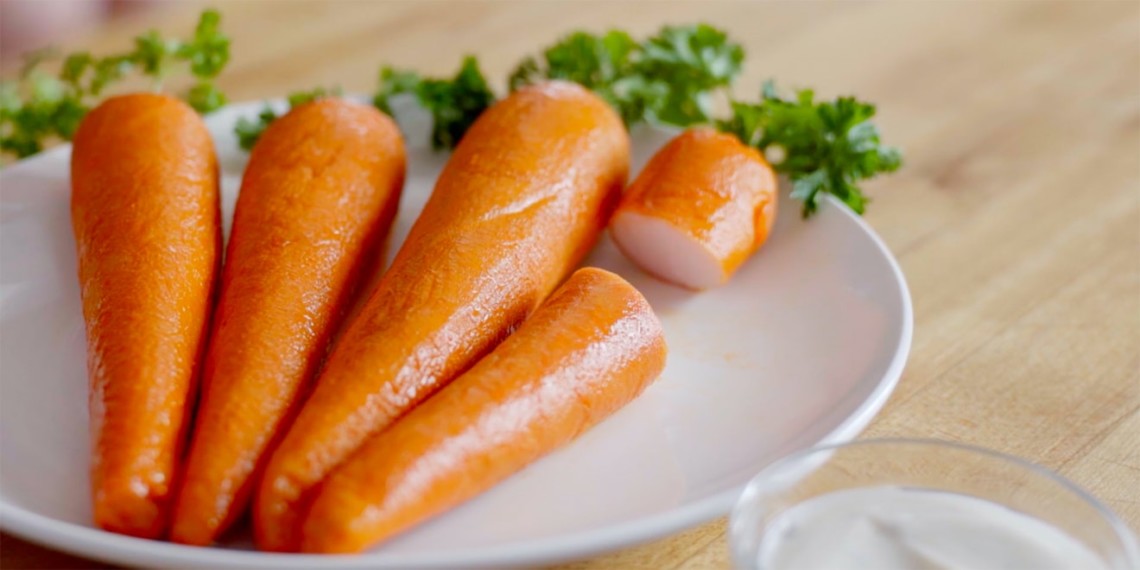 Arby's has the meat...carrots. - Credit by Arby's

Few food trends are as buzzy right now as plant-based meats, like the patties from Impossible Foods being added to menus at Krystal, Burger King and more.

But Arby’s, which has built its brand in recent years on a simple premise—”We have the meats”—is going in a very different direction.

The chain today unveiled its first recipe for a vegetable made from meat, in this case a “Marrot” made from turkey and formed into the shape and color of a carrot. Given that it’s made from turkey, it’s not all that unhealthy as far as animal-flesh produce goes, and we’re almost ashamed to say it looks…appetizing?

Here’s how the brand describes its creation: “Arby’s Marrot is made with Arby’s tender, marinated 100% turkey breast and a special carrot marinade made from dried carrot juice powder. It is cooked sous vide before being oven-roasted, contains more than 30g of protein and is a good source of Vitamin A (more than 70% of the daily recommended value).”

The recipe was crafted by Neville Craw, vp of culinary innovation and brand executive chef for Arby’s, at the request of CMO Jim Taylor.

“Jim called me and said it’s time for us to change this paradigm of turning vegetables into meat,” Craw said in a writeup about the project.. “We kicked around some ideas and landed on creating the first-ever meat carrot, or Marrot.”

“Plant-based meats are the latest incarnation of making vegetables look like what Americans really want, which is great, tasty meat,” Arby’s CMO Jim Taylor “Universally, people know we’re supposed to eat vegetables every day. But 90 percent of American’s don’t eat the recommended amount. So we said if others can make meat out of vegetables, why can’t we make vegetables out of meat?”

Arby’s hasn’t said how many more “Megetables” it’ll be creating, if any. But here’s hoping we’ll see some Porkra, Chicken Leggplant and, uh, Beefts?

It’s a fun project, and the results (so far) do look pretty good. But seriously, folks, as Thor’s mom so eloquently said, “Eat a salad.”