Kobe Bryant served as the creative director for the ad 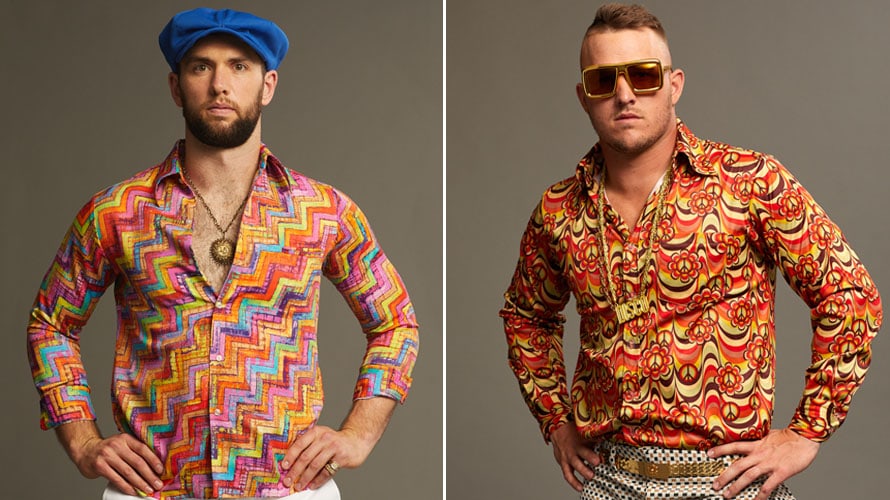 Mike Trout may be the most celebrated player in baseball right now, and he’s certainly the most compensated, with the record-breaking, 12-year, $426 million extension deal he recently signed with the Los Angeles Angels.

But he’s no Gene Kelly, by his own admission.

Trout stars with Indianapolis Colts quarterback Andrew Luck in a new “Disco Battle” ad campaign for BodyArmor sports drink, and he’s dubbed his moves “respectable” and “definitely out of my comfort zone.”

In short, that dancing is closer to a Saturday Night Live skit than Saturday Night Fever. But for an MLB star with a relatively low profile off the field and in the marketing world, it’s a solid step in breaking him out of his shell. And, yeah, his version of the robot is passable.

Trout’s contract, not incidentally, is the biggest in North American sports history and will likely keep him with the Angels for the rest of his career. (His payday was announced last week, stealing the thunder from other superstars like Manny Machado and Bryce Harper and their measly $300 million-plus deals).

Trout, an infrequent brand endorser, has worked in the past with BodyArmor, part owned by former L.A. Lakers icon Kobe Bryant, who served as creative director on the “Disco Battle” spot.

The vitamin-enriched drink, newly named as a sponsor of the NCAA tournament, has been growing quickly, and Coca-Cola snagged a majority stake in the company last fall, reportedly turning Bryant’s $6 million initial investment into about $200 million. (The brand’s sales were estimated at $400 million in 2018). Luck is also an investor.

“Disco Battle” continues the brand’s ongoing jabs at category leader Gatorade, comparing the entrenched competitor to an outdated nightclub and polyester duds. Other shade-throwing spots in the campaign include the NBA’s James Harden in a Revolutionary War-era outfit and the WNBA’s Skylar Diggins-Smith doing a ‘90s-style aerobics workout.

“Gone are the days of leather football helmets and wooden tennis rackets. Athletes have evolved, training techniques and technology have evolved, sporting equipment has evolved,” says Michael Fedele, BodyArmor’s vp of marketing, who notes that the brand “felt it was crucial to inform consumers that there is a new, better-for-you option versus the sports drink their grandparents grew up drinking.”