MM.LaFleur’s New Campaign Is a Game of Empowering Mad Libs

Amy Sherald stars in the first ad from 'What Are You Made Of?' 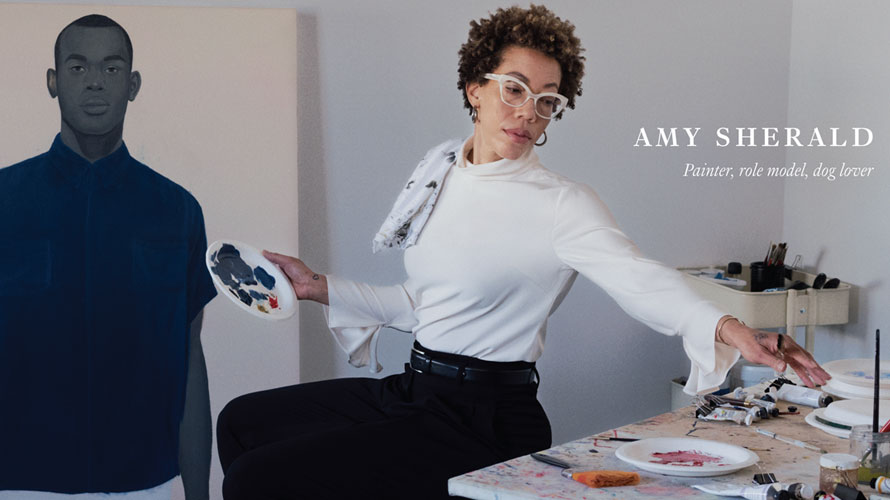 For its spring campaign, MM.LaFleur, the direct-to-consumer women’s workwear brand, is playing a grown-up version of a childhood favorite: Mad Libs.

But instead of creating the most ludicrous, laugh-out-loud story possible, filling in these blanks gives you an empowering story about the background and dreams of a few inspiring females, including Amy Sherald, who painted Michelle Obama’s official portrait that now hangs in the National Portrait Gallery; Cecile Richards, the former president of Planned Parenthood; and Catt Sadler, the former E! News host who made headlines when she left her job after discovering that her male co-host made double her salary.

The campaign, “What Are You Made Of?“, was created in-house and entirely shot by female photographers. It prompts the women featured to answer that very question on a variety of topics‚—unique skills, bad office habits, work mottos, first job earnings, proud moments and more.

Sarah LaFleur, the founder of MM.LaFleur, told Adweek the brand went the fill-in-the-blanks route after being inspired by the work of a teacher at an elementary school where LaFleur’s friend serves as the headmaster. LaFleur said the teacher had her students fill in a similar form, and that “those details put together produced some of the most beautiful poems I had ever read.”

“We started to think about what this would look like for working women, whose careers trajectories rarely follow a straight line, but more of a zigzag of unexpected opportunities, unplanned stops and pivots,” LaFleur said. “Amy, Catt and Cecile’s poems revealed some of the most surprising facts about how each of these women became who they are today and are filled with words of wisdom that only come from a life well examined.”

The idea, LaFleur said, was to showcase the wide variety of paths women can take in their careers and the obstacles they may face on the way. “It’s so critical that we take time to reflect on where we’ve been and honor all of the big and small moments, events and people that make us who we are and guide us to where we’re going,” she said. “Success is rarely a straight line, especially for working women who have often had to take on so many responsibilities outside of their jobs. By shedding light on the journeys these women have taken, we want to show our community that there isn’t one formula for success. It looks different for all of us, and that’s something to celebrate.”

According to LaFleur, Sherald, Richards and Sadler felt like the right fit for the brand that’s known for its “Bento Boxes,” which send a selection of workwear items at a schedule the customer chooses (typically once every two months) because of their own varied career journeys.

“Our intention for this campaign was to recognize women who have defied the odds professionally to stand up for what they believe in,” LaFleur said. “Their advocacy reaches far beyond any single issue and deserves to be celebrated. This is an ongoing campaign, and we’re looking forward to adding more leading women of all backgrounds and points of view to this initiative.”

Sherald’s ad was rolled out in The New York Times on Sunday and will be appearing on the New York City subway. Richards’ and Sadler’s ads will come by the end of the month. 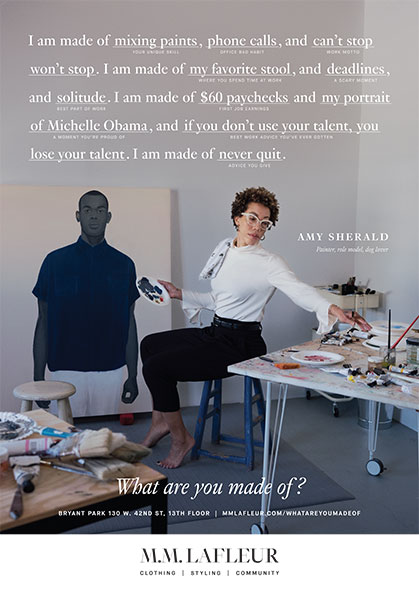