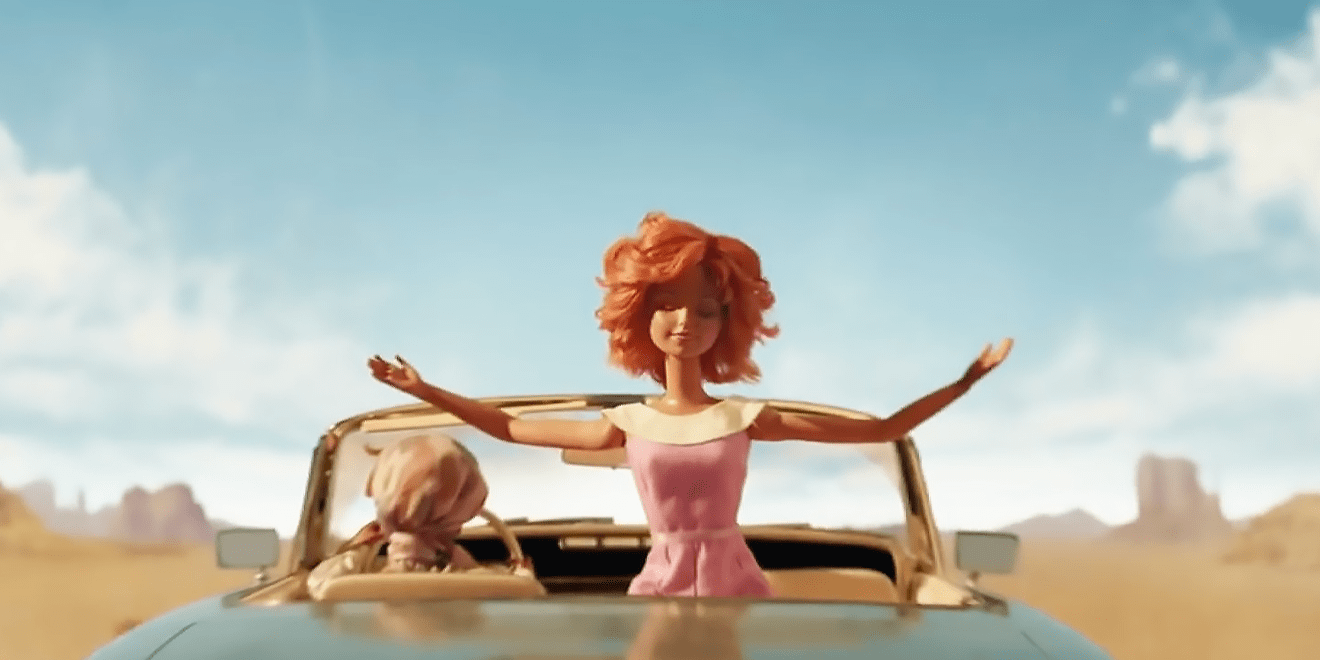 "No matter what happens, I'm glad I came with you."
MoneySuperMarket
Share
By Shannon Miller
|
September 18, 2018
Share

The seemingly endless parade of bills, work, and various duties can make adulthood feel tedious at times. Thankfully, nostalgia can be a fun, much-needed vacation from the day-to-day monotony.

For years, the U.K. price comparison site MoneySuperMarket and London-based creative agency Mother have channeled the magic of nostalgia for a series that is not only a raucous blast from the past but an assurance that epic moments still await us, even when it comes to saving lots of money. Their latest—and final—installment pays homage to one of the most iconic films in cinema history with the help of a British icon in her own right, Sindy, the nation’s answer to America’s Barbie.

“Following the success of He-Man and Skeletor’s ‘Dirty Dancing’ last year, we decided to harness the power of nostalgia once again by recreating another iconic film with one of our favorite childhood toys,” explains Darren Bentley, MoneySuperMarket’s chief customer officer. “This time it’s Sindy paying affectionate tribute to Thelma & Louise.”

Opening the ad, we meet Sindy, a resident of the cookie-cutter suburban neighborhood of Sindyville. As the prim Sindy carries out her daily household chores in perfect Stepford Wives-like synchronicity, another Sindy pulls up in a convertible, top down and ready to whisk the housewife away on an adventure. Sindyville Sindy obliges, dropping her laundry on her perfectly manicured lawn and hopping into the car.

The pair peels off, and before long, they are cruising into Mexico with Fleetwood Mac’s “Go Your Own Way” backing the tour de force. It’s an appropriate song choice, considering that they both created their own financial path by using MoneySuperMarket and now, feeling just a little more epic, are ripping through the Mexican desert to the chagrin of local law enforcement.

They find themselves at the unfortunate end of a police chase and, in time, face a steep cliff in front of them. The spot ends with a recreation of Thelma & Louise’s classic final shot: two friends driving over the edge, hand in hand, ultimately choosing freedom.

It’s quite the ending to an outstanding four-part series. Past iterations included hilarious scenarios that featured Action Man, the aforementioned He-Man and Skeletor dance spectacular and a solo effort from the latter Masters of the Universe star. #EpicSindy is a notable departure from the rest as it centers around a major female character and is less of a fun dance party and more of an action-packed experience.

This is the last hurrah for Mother London as the brand shifted creative duties to WCRS in June.