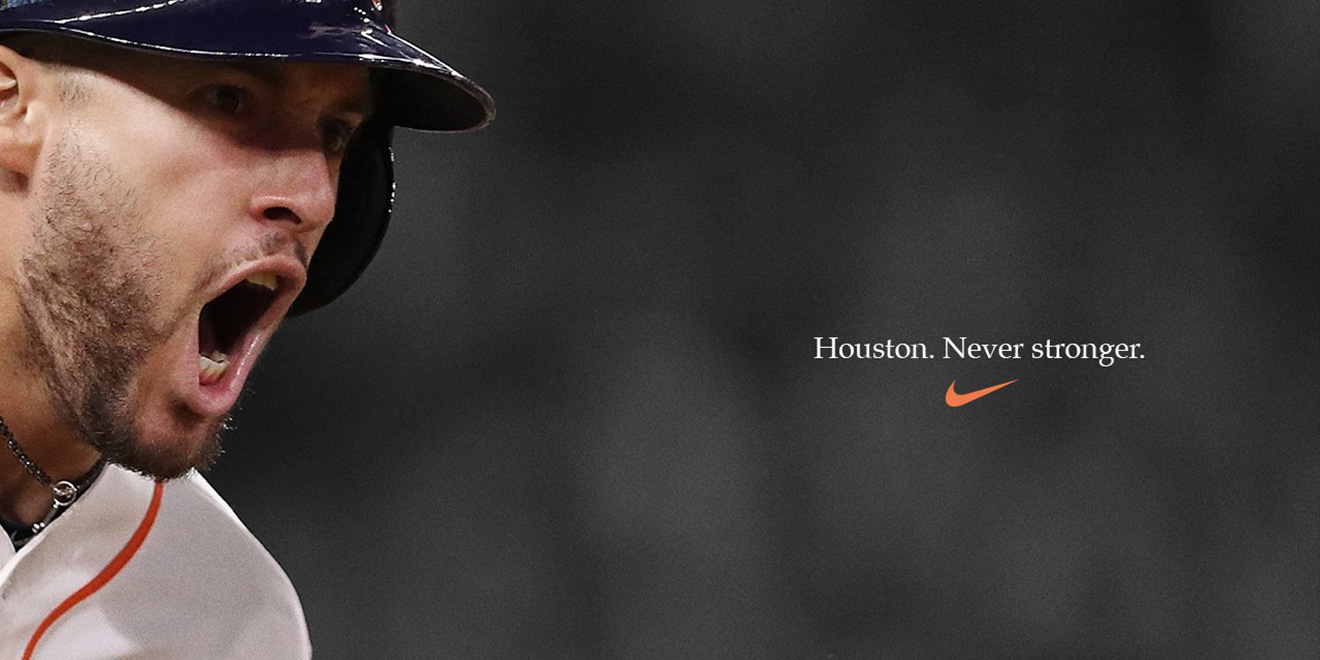 After the final out of last year’s World Series, Nike aired a lovely 60-second TV spot saluting the Chicago Cubs, who were celebrating their first championship in 108 years.

The sports marketer didn’t do Houston quite the same favor last night, after the Astros secured their first World Series in the 55-year history of the franchise. But it did push out a nice tribute with a photo of George Springer and the copy, “Houston. Never stronger.”

That’s a nice line—a reference, of course, to “Houston Strong,” the phrase used to lift up the city following the devastating hurricane earlier this fall. The Astros even had a “Strong” patch, featuring their team’s “H” logo, sewn on their World Series jerseys.

Springer’s star turn in the Nike ad shouldn’t come as a surprise, either. Not only was he the World Series MVP—he is also, along with Mike Trout of the Angels, one of Nike’s key endorsers in Major League Baseball.