AlmapBBDO has done it again!

For its client Getty Images, the Brazilian agency has spent the last few years making in-depth, academic use of the company’s massive assets (most of us don’t even make it past the first page).

Its 2012 campaign, “From Love to Bingo,” used 873 Getty archive stills to tell the story of a single life in one minute. The “20 Years” print ads from 2015 illustrated how four celebs aged over time. And last year’s “Endless Possibilities” assembled four famous faces … using parts of the faces of other people, all from Getty’s own stock art.

This year’s campaign gives the approach a whole new spin. This time, it promotes a side of Getty Images many haven’t explored—its audio library.

The brand has a massive stock of music and sound effects for sale. To bring it to life, AlmapBBDO set its creatives on a whole new adventure: Taking the 1922 classic silent film Nosferatu and giving it fresh auditory life in a campaign called “Not Silent Film.”

The new sound was composed of thousands of Getty audio files over thousands of hours. The iconic vampire, who’s been a fixture of our millennial dreams ever since that one Are You Afraid of the Dark? episode, even gets his own language and voice. (Dusty and horrifying, not unlike unearthing a cursed Pharaonic tomb while your mentor plunders all the glinting—and obviously evil—booty for “science.”)

“Premium Access subscription programs offer our creative partners the widest selection of content across imagery, video and audio,” says Getty Images’ chief marketing officer, Gene Foca. “I can think of few ways to better showcase the wide-ranging capabilities of Getty Images than to transform this classic into a ‘new’ classic, with the help of Getty Images audio.”

The work was produced by Punch Audio over three months. Additionally, posters inspired by the film’s original promotional billboards were recreated for the campaign, focusing on Nosferatu and his newfound ability to audibly creep you out. 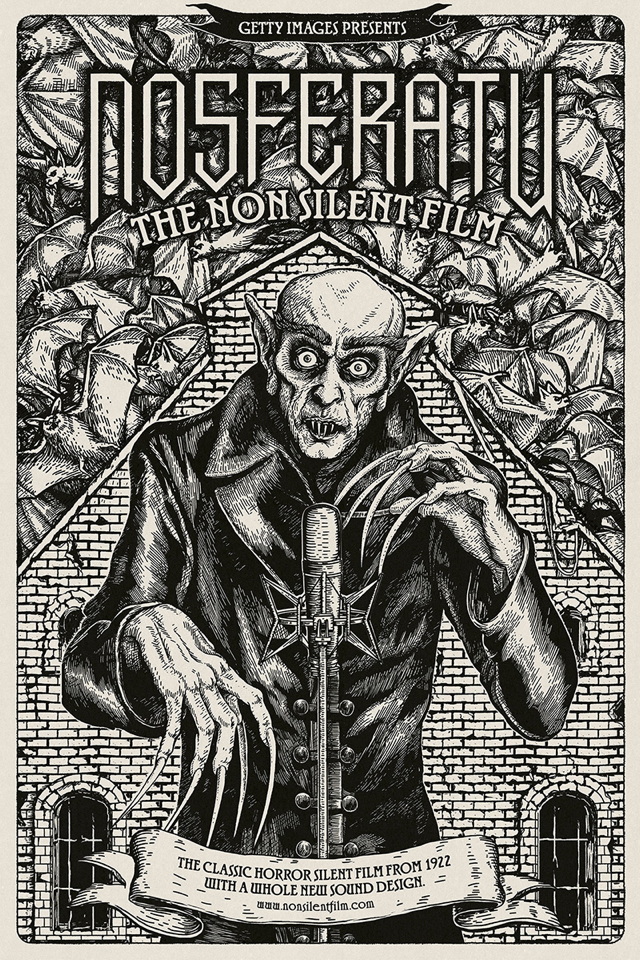 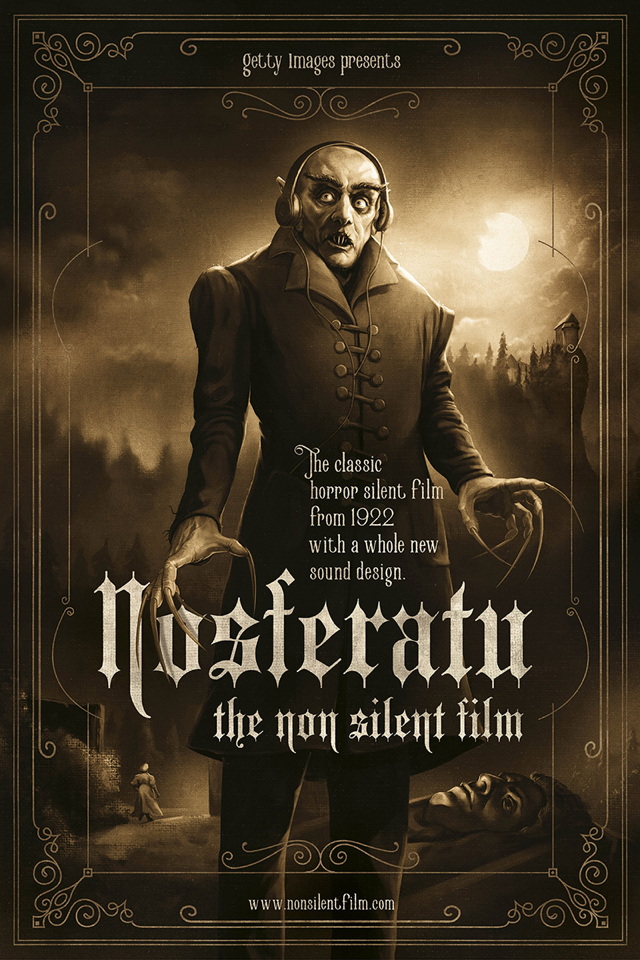 Our favorite, by far. Such subtlety! 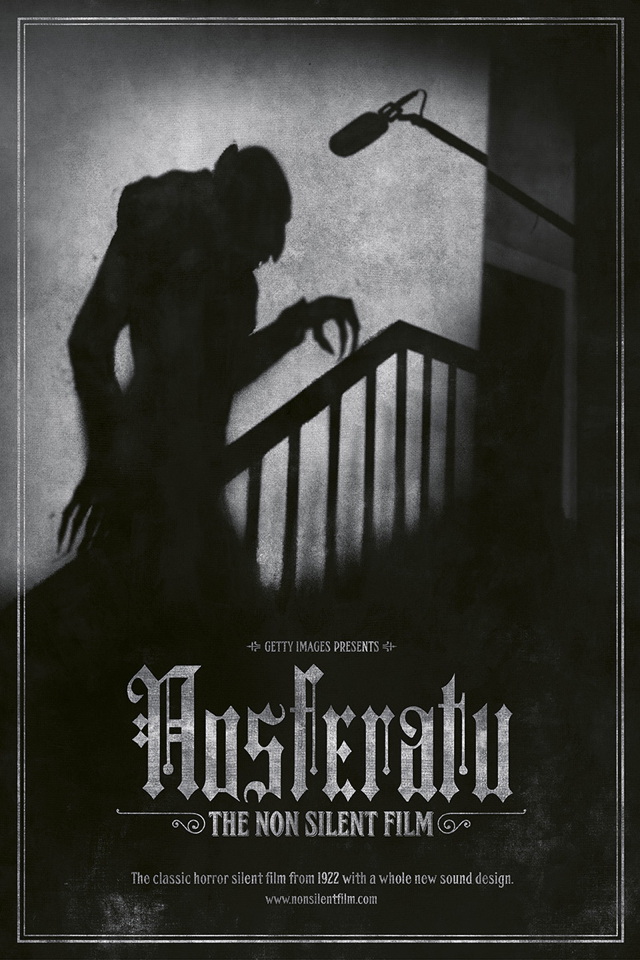 Users can watch the full one-and-a-half-hour remake at NonSilentFilm.com. It’s cheesy in places, but then again, so was the original.

The site also includes a sound timeline of the production, and access to each file used in the film. An accompanying making-of details the production process. It’s available in both English and Portuguese.