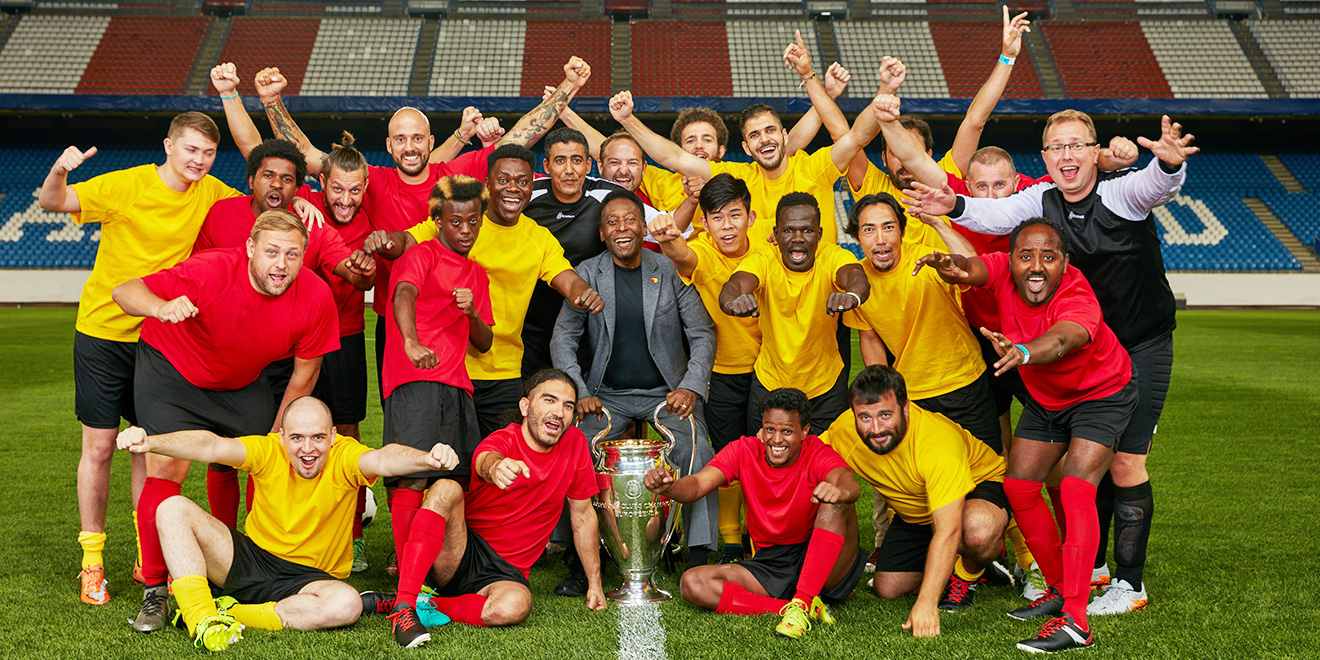 Soccer can bring people together despite their differences, says a new campaign from Mastercard starring 22 fans from around the globe, as well as Brazilian great Pelé.

As they slather on the smack talk, it becomes clear they’re not just sounding off about how England produces better players than Germany, or musing on whether Argentinians have a misplaced sense of superiority. They’re preparing to compete in a friendly game. The prize? Eleven tickets to the UEFA Champions League—one for each player on the winning team.

After euphoric footage of the match, with a mysterious spectator clapping in the stands, the winners retire to the locker room. There, they discover Pelé, waiting to hand out gems of wisdom—and tickets—to both teams.

“The purpose of football is, no doubt, to put people together,” he says. “We have a different philosophy of life, different languages … but we all have the same emotions, the same feelings.”

In the end, even the Italian and the Frenchman—seen viciously deriding each other at the beginning of the ad, titled “22 Languages”—are laughing and high-fiving.

Pelé, meanwhile, testifies to the poignant nature of the scene. In fact, he says he struggled not to cry.

Indeed, it’s a commendable message, even if the hatred seems overblown, or the redemption arc contrived. While it might not quite rise to the level of heartwarming, forcing rivals to playfully cooperate—albeit against a common enemy—makes for a powerful message, especially against the backdrop of Brexit, and increasing political polarization.

In other words, Mastercard wants everybody to keep doing business everywhere, and it’s happy to bring together fans with one of their sport’s all-time celebrities, to that end.

And to be fair, their—including Pelé’s—unbridled joy is probably the best part.