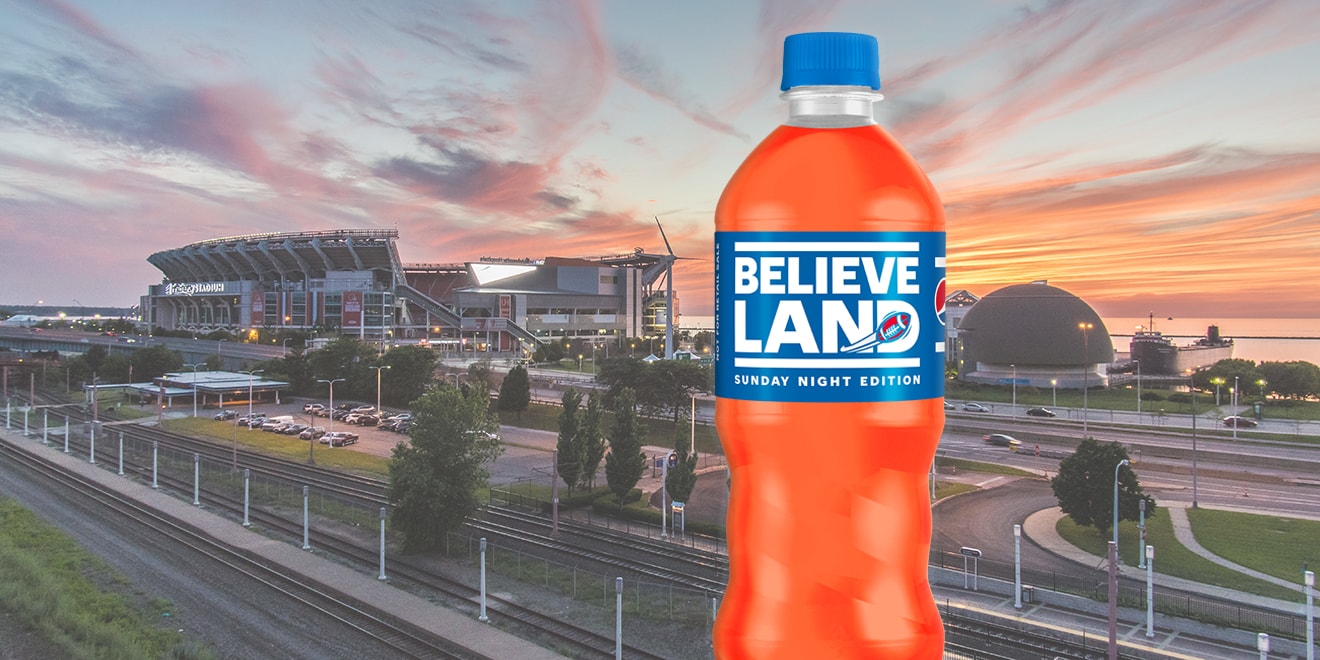 Only 1,100 of the bottles were produced. They'll be distributed at a free tailgate this Sunday. Adweek illustration. Image sources: Getty Images, Pepsi

Last year, when the Browns finally ended their 19-game winless streak, Bud Light celebrated by unlocking its “Victory Fridges” placed across the city to offer free beer in the event of a Browns win. Earlier this season, Progressive launched a series of tongue-in-cheek ads about star quarterback Baker Mayfield making himself at home at the Browns’ stadium.

Now Pepsi is getting in on the Cleveland pride with limited-edition bottle called “Believeland Pepsi,” specifically celebrating the Browns’ first Sunday Night Football home game in 11 years. The team last played in the national Sunday spotlight in 2008, losing to the Pittsburgh Steelers 10-6.

Only 1,110 of the bottles are being produced—100 for each year Cleveland has waited to host NBC’s Sunday Night Football broadcast. They’ll be given out at a free tailgate celebration this Sunday. 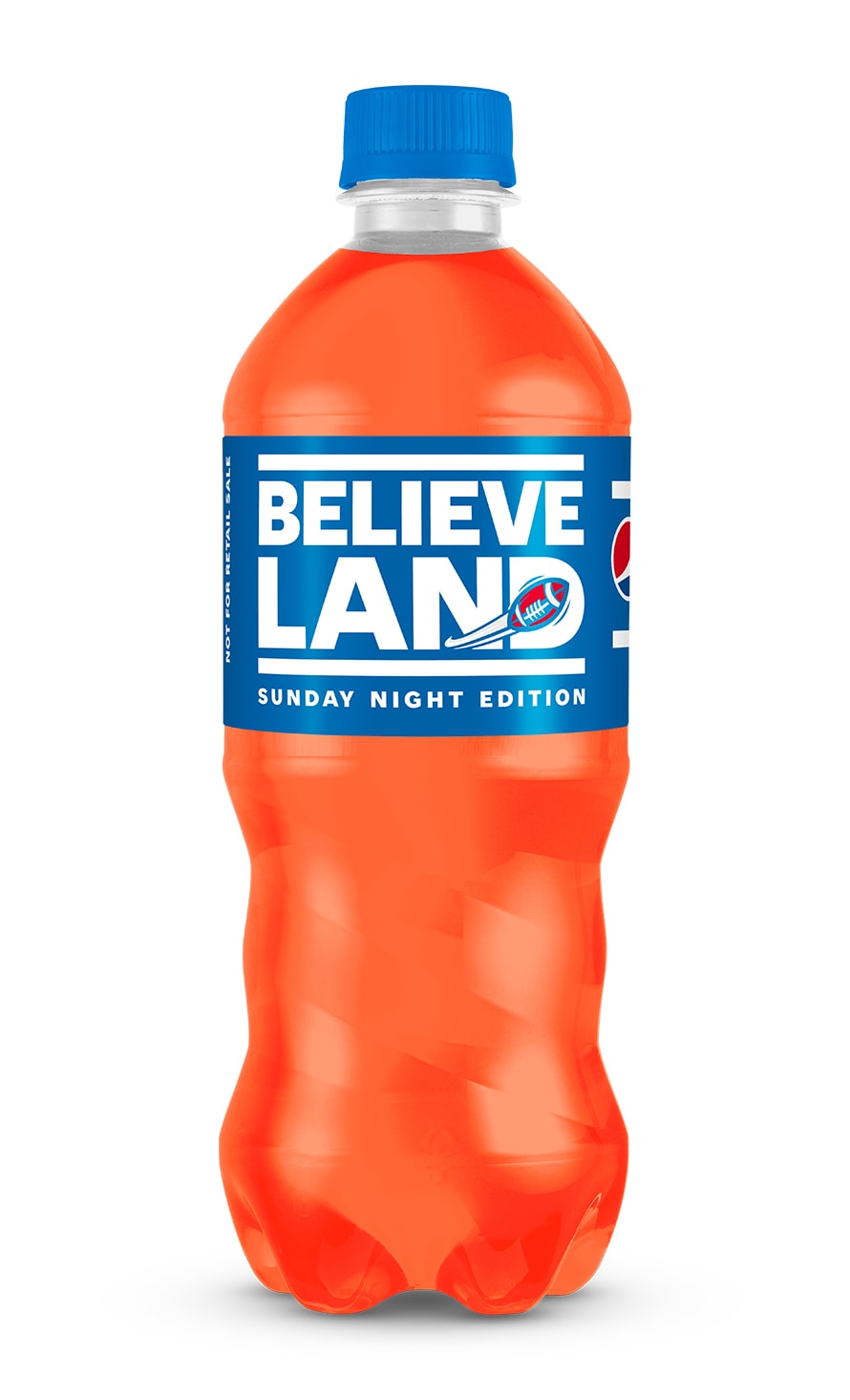 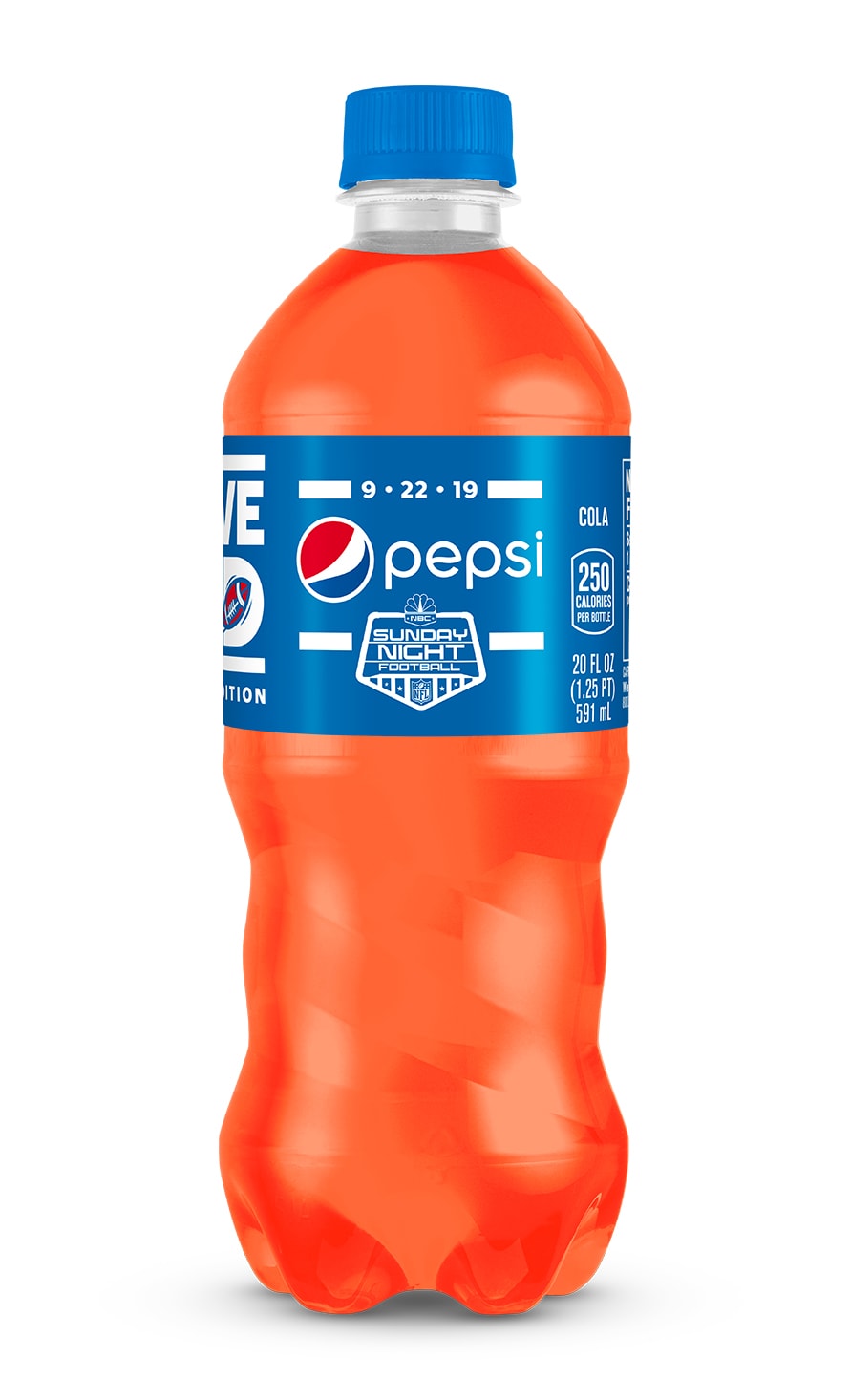 Cleveland has a lot of reasons to believe (even beyond orange Pepsi bottles) that it has a chance at an amazing season, potentially even making its first Super Bowl appearance ever. Although the Browns are currently standing at a 1-1 season after losing to the Titans but beating the Jets, there’s a lot of excitement around Heisman Trophy winner and No. 1 draft pick Mayfield’s second season on the team.