Planters Is the Newest Brand With a Beer, Which It’s Calling Mr. IPA-Nut

And it wants your help making a suitably 'nutty' ad 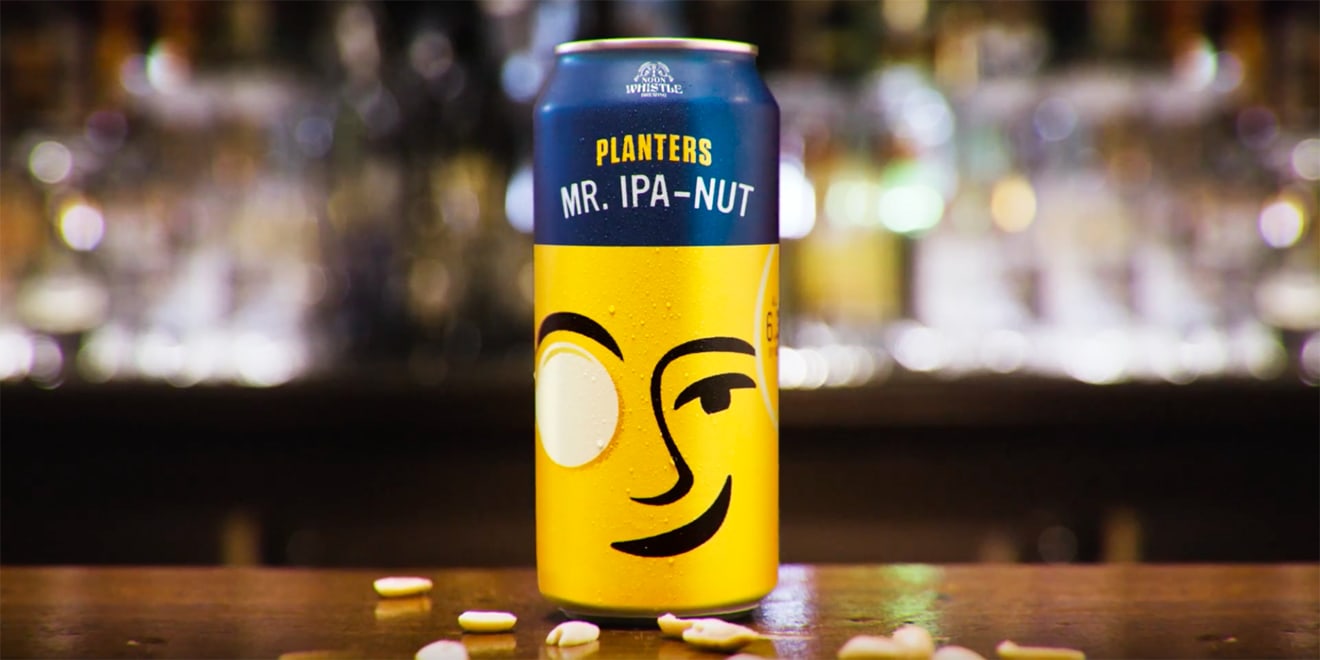 The beer promises 'a citrus aroma and a hint of honey-roasted peanuts' with a salty finish.
Planters
Share
By David Griner
|
October 23, 2018
Share

If you like beer, and you like peanuts, you’ve probably always wished you could combine the two. Wait, what, you haven’t? Well too bad, because Planters is doing it anyway.

Continuing this year’s odd and often inaccessible marketing stunt of branded beers, Planters is launching Mr. IPA-Nut, a beer that is sure to delight the most passionate peanut lovers—in Illinois, at least, since that’s the only place it’ll be sold.

Beginning Oct. 27, National American Beer Day, Mr. IPA-Nut will go on sale in select Illinois stores and at Noon Whistle Brewery (which is brewing the product) in the town of Lombard.

If you can find a four pack of the 16-ounce cans, it’ll set you back about $10. So what do you get for your crisp Hamilton?

According to a landing page about the nutty varietal on Noon Whistle’s site, here’s what you’re in for: “Brewed with Wakatu and Citra hops, Mr. IPA-Nut delivers a citrus aroma and a hint of honey-roasted peanuts, all followed by a slightly salty finish that makes every sip worth savoring.”

The Kraft Heinz brand worked with agency mcgarrybowen Chicago to create the beer. Last month, we saw a similar partnership between IHOP and Droga5, which dreamed up the IHOPS Pumpkin Pancake Stout (also only available in one area, in and around New York City). Even more niche was 10 Barrel Brewing’s homage to The Last Blockbuster. Even more recently, Dunkin and Harpoon partnered on a Dunkin Coffee Porter.

Planters is recruiting help marketing its goobery concoction. A video promoting the brew is hoping to generate some crowdsourced ad ideas via the #BeerGoesNuts hashtag: