'We couldn’t skimp in any way. It had to feel real.' 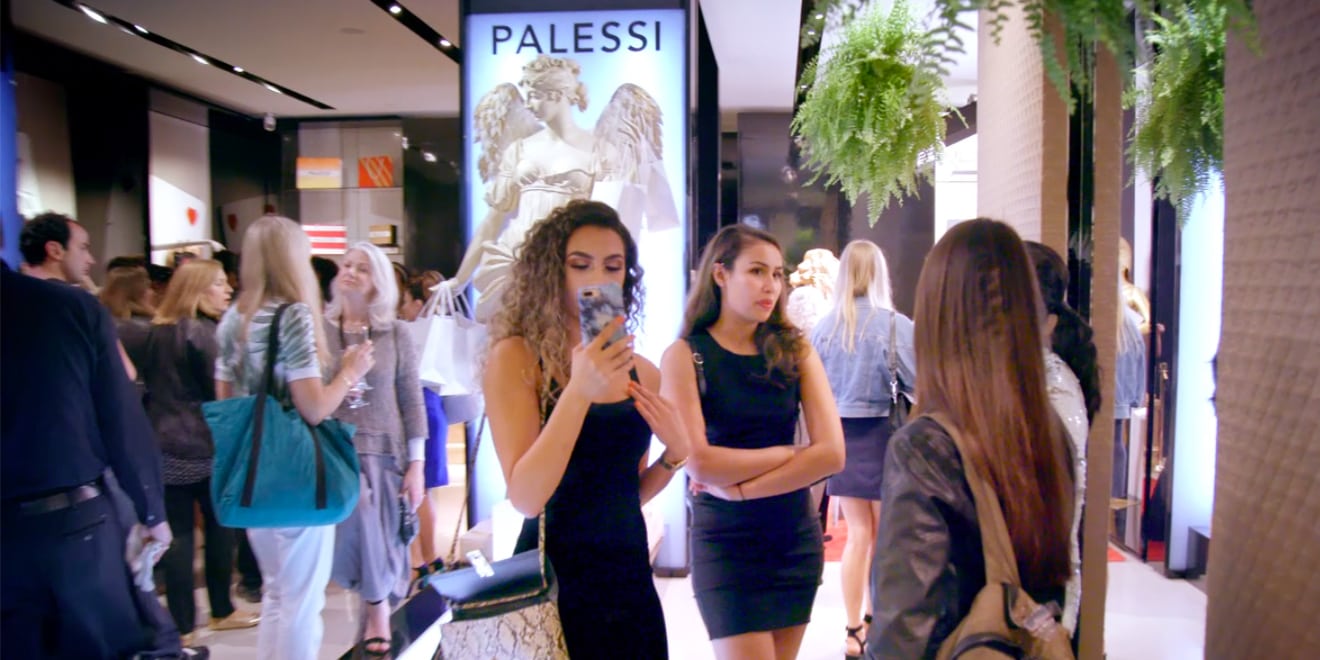 There may be a few schools of thought on why the Payless faux boutique stunt has attracted so much attention this week, with its videos of Los Angeles fashionistas paying $600 for $20 shoes going viral within hours of launching on social media.

One: It’s a brilliant marketing move that calls attention to stylish footwear at bargain prices and shakes up popular (and stale) opinion about a retailer that’s been around since the late 1950s.

Two: It’s a sharp jab in the eye to influencers willing to shell out big bucks for pedestrian products. Or perhaps it’s an even broader dig at influencer culture itself? Tweeting about the stunt to his 2.5 million followers, Questlove called it “champion trolling.”

Either way, it’s a massive win for Payless, which took over a former Armani location in Santa Monica recently and invited groups of fashion-forward social media mavens to the grand opening of “Palessi,” a bespoke shop decorated with gold mannequins, soft lighting, model-perfect sales assistants and other posh accoutrements more befitting a Prada store than a shopping mall staple.

Some shoes had prices attached, with outrageous markups of as much as 1,800 percent. Participants also tossed out their own guesses about how much the various ankle boots and embellished sneakers should cost, offering no less than $400 for products that actually sell for $19.99 to $39.99. Top bid: $640.

The influencers used descriptors like “elegant,” “classy” and “sophisticated,” with one gal calling a floral pump “stunning.” Their reactions on finding out they’d been duped by the Palessi label: Priceless. (No one reportedly left mad, though. They got refunds and free shoes, plus maybe a lesson learned.)

The campaign, which launched Thursday morning on digital media and the same evening on TV, comes as the brand has brought in new blood for its marketing team internally and hired DCX Growth Accelerator for the agency’s first Payless work, which it turned around in about two months.

Lisa Contino, vp of marketing at Payless, and Doug Cameron, chief creative officer at DCX, spoke to Adweek about the campaign’s origins and its logistics, which included creating a fake digital ad for the fake Palessi label (in case of pesky Google searches).

As for the aftermath, Contino has been fielding national press calls, with Payless set to appear on Good Morning America and the Today Show, while Cameron is busy tallying voluminous Facebook, Instagram and YouTube stats. (On Adweek.com alone, the Palessi stunt was viewed more than 1 million times in 24 hours.)

We caught up with the team amid the chaos of their PR coup to learn more about how it came together:

Adweek: How did you brainstorm the Palessi concept?
Doug Cameron, CCO of DCX Growth Accelerator: We wanted to revitalize this iconic shoe retailer, and what we found when we interviewed Payless shoppers is that they weren’t into all the over-branding and aspiration inflation that’s been happening in recent years. They’re very practical. So we decided to push back against the current billionaire culture and get Payless to reassert its pragmatist approach and show its smart, savvy attitude.

"What we found when we interviewed Payless shoppers is that they weren’t into all the over-branding and aspiration inflation that’s been happening in recent years. They’re very practical."
Doug Cameron, CCO, DCX Growth Accelerator

We’d also done some stunts before for Jesse’s Deli (giving the Brooklyn bodega a fake artisanal makeover as an anti-gentrification statement). That provided some inspiration. We said, “What if we do something similar?”

How did you think it would play out?
Cameron: We wanted to see what would happen if we opened this fake store and invited the most fashionable people we possibly could. Would they give their stamp of approval? At the same time, we thought the Payless consumer would appreciate it.