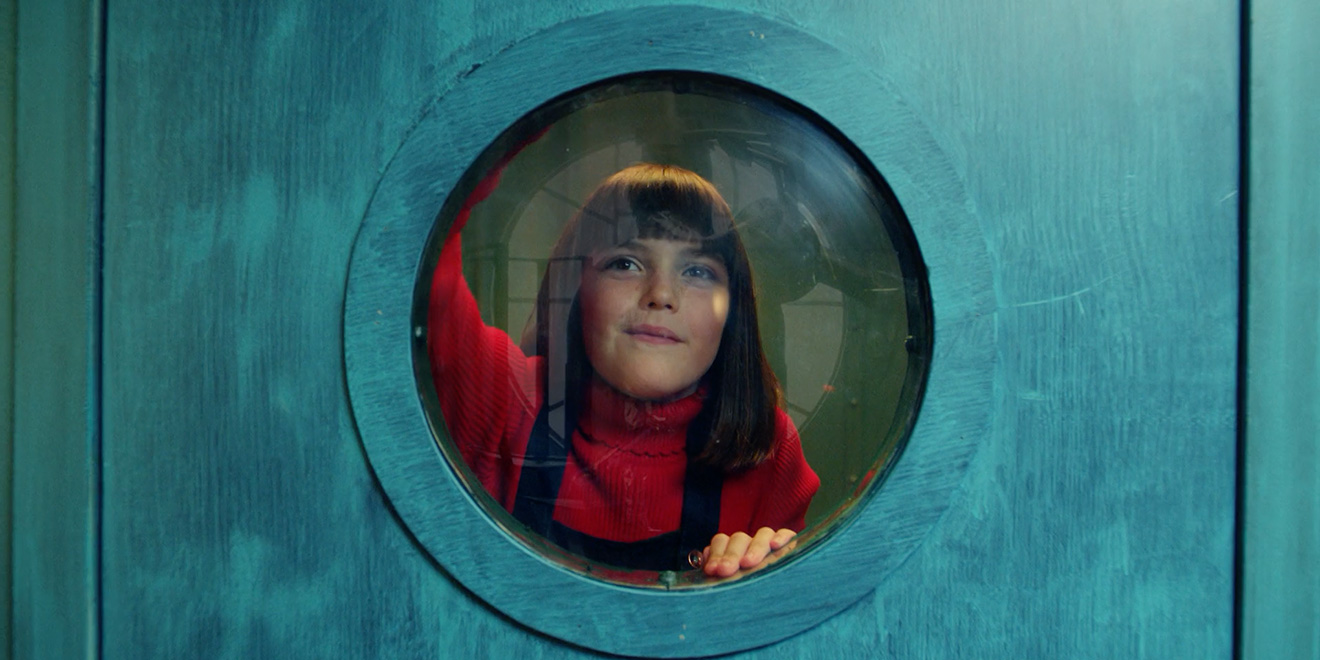 Holiday season is almost upon us, which means all the British ad agencies and clients are about to roll out their grandest advertising confections of the year—jostling for attention at a time of year that’s become a kind of Super Bowl-like marketing showcase.

First out of the gate, breaking today online and Sunday on TV, is Saatchi & Saatchi London’s new spot for Asda, the supermarket chain.

It’s a distinctly Willy Wonka-esque tale of a child and a grandfather sneaking into a factory where all sorts of magical things are being made. The stand-in for the Chocolate Factory is called the Imaginarium, and it’s where Asda is making all its special Christmas treats.

Our Charlie Bucket-like hero is a heroine, and the soundtrack is the upbeat “Don’t Stop” by Fleetwood Mac. But otherwise, we could be in Gene Wilder’s wonderland. Well, except for the “gin laser” that’s giving those truffles an extra kick.

The tagline is, “Best. Christmas. Ever.”

“Although the campaign has a fantastical element to it, our stories are firmly rooted in what Asda has to offer shoppers this Christmas, from old favorites to inventive new treats like gin infused chocolates and massive Christmas puddings,” said Sara Rose, group creative director at Saatchi. “Our first thought was ‘How do they come up with these things?’ And the campaign just grew from there.”

“Earlier in the year we held sessions with our customers to get feedback on our Christmas range. As we talked to them about Christmas we could see how much joy and happiness planning their Christmas brought them—we knew we wanted to reflect that in our ad,” said Andy Murray, chief marketing officer at Asda. “When we saw their reactions to our food—the way it surprised them and made them smile—as well as the incredible pride and attention to detail our product developers had put into creating it, the inspiration for the Imaginarium was born.”

The :60 will be supported by :30s (focusing on gifting, home decorations, parties and gatherings, and “the big shop”) as well as :10s and :06 bumpers on YouTube. Those Trueview videos on YouTube will be contextualized based on user searches. There will also be 2-second content and carousel ads on Facebook, and a gamified Snapchat filter where users can become the striped weightlifters from the ad.

All of that will be joined by cinema, radio, print, digital out-of-home and social advertising. The campaign was directed by Los Pérez at Blink. MPC did the special effects.