Reprise Brings a Little Taste of Cannes to New York’s Rising Creatives, Complete With Rosé on a Yacht 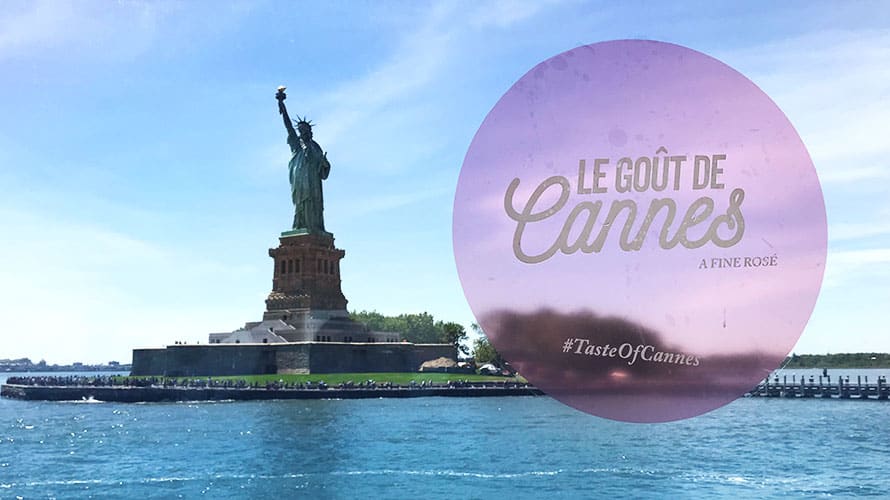 OK, so the French Riviera was not the backdrop for this scene, no Lions were handed out, none of the celebrity speakers making their rounds at Cannes, like Issa Rae, Thandie Newton, Conan O’Brien and David Schwimmer, graced the crowd with their brilliance, but there were awards, plenty of rosé and a yacht on the Hudson River. That was more than enough for some of the unfortunate souls not at the 2018 Cannes Lions International Festival of Creativity.

“The fact is, a lot of people don’t get to make it over there for various reasons,” Reprise CCO Nick Childs told Adweek. “We wanted to bring a little taste of Cannes to people who truly deserve it.”

That’s why IPG Mediabrands’ recently formed full-service agency, Reprise Digital (bringing Society and Ansible under one hood), hatched the idea to host a Cannes-inspired yacht party on Thursday, called Le Gout de Cannes (translated to taste of Cannes), shipping off from the Chelsea Piers in Manhattan. The shop invited some rising local junior creatives who couldn’t attend the iconic festival this year, but who it felt deserved to be there. 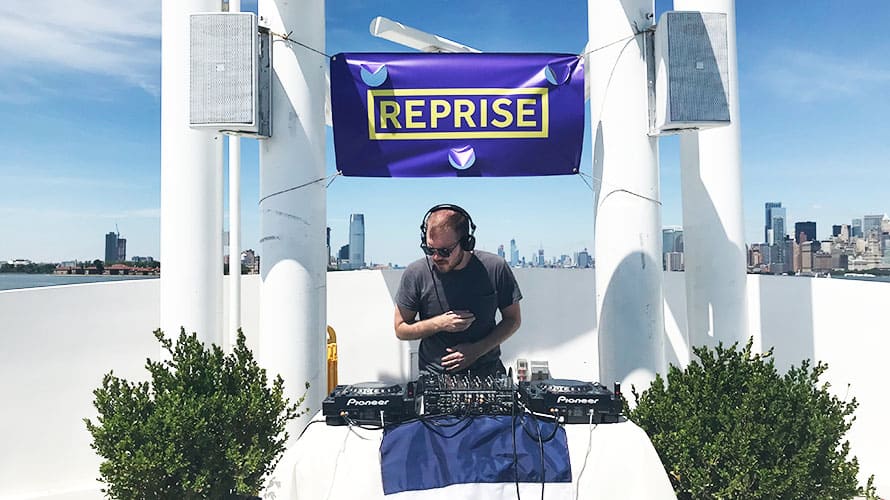 Reprise executive creative director Josh Greenspan explained it a little better as he toasted the crowd on Thursday with one of the Red Bull-sized colorful “Le Gout de Cannes” cans of rosé the agency designed for the party.

“We were going to send a bunch of people to the south of France, fly them business class, but we don’t have any money so we did this, and also we didn’t have anything at Cannes because we’re brand new, but hopefully you guys do,” Greenspan said. “Hopefully you guys are doing amazing work because you’re here, and clearly your companies didn’t want to send your asses to Cannes either. So this party is for you, it’s for us, it’s for everyone who was left behind.”

“You don’t need to be in Cannes to have your work celebrated,” added Rob Bernstein, Reprise U.S. managing director, in an earlier interview with Adweek. 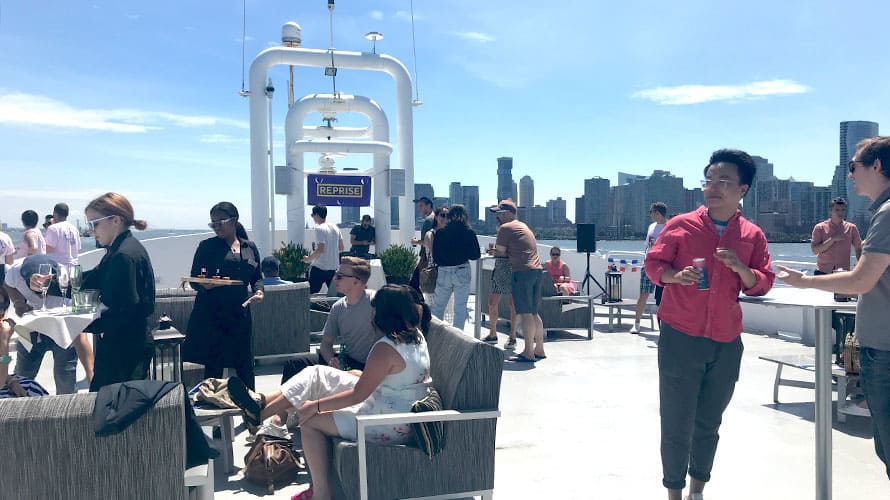 That’s true. In the midst of Greenspan’s toast, party attendee Dan Colburn, senior copywriter at McCann New York, found out, via text message, his team won a silver Lion. McCann New York reeled in two gold, one silver and one bronze for its “Price on Our Lives” campaign for March for Our Lives/Parkland Students.

“When you win, it doesn’t really matter where you are,” Colburn said. “It feels super, super good.”

That’s where Fishbowl stepped in to help. The professional social networking app was used as a forum to facilitate a democratic voting process in which advertising executives nominated what they thought were the five best works of this year. From there, voters narrowed the decision down to one winner, the recipient of Fishbowl’s first Fishes’ Choice Award.

And the honor goes to … the brilliantly executed “It’s a Tide Ad” by Saatchi & Saatchi New York for the Procter & Gamble detergent brand, which schooled everyone else on how to dominate the Super Bowl. For those who somehow missed what this campaign was all about, in a nut shell, Stranger Things’ David Harbour popped up in a mysterious ad every quarter of the game, always immaculately dressed. It wasn’t until the final spot that Harbour cleverly revealed that if you the viewer sees clean clothes, you might as well be watching a Tide ad.

The other four nominated Fish were P&G’s powerful “The Talk” from BBDO New York (which was a “very close second,” according to Fishbowl co-founder and COO Loren Appin); Apple’s imaginative “HomePod – Welcome Home,” directed by Spike Jonze and starring FKA Twigs; Nike’s stunning “Nothing Beats a Londoner” from Wieden + Kennedy London and Riff Raff directors Megaforce; and KFC’s hilarious “FCK” from Mother London, which apologized, albeit crassly, for the fast-food chain running out of chicken in the U.K.

“This event was focused on bringing people together,” Appin told Adweek. “It was a fun way to connect people in the same industry. If you go to Cannes it’s the ECDs or the chief creative officers that have the privilege to be there and they’re the ones receiving the recognition. At Fishbowl, we’re focused on democratizing conversations.”

Fishbowl was at Cannes last year, to spread the word about its app which was trying at the time to infiltrate the advertising industry. How it works is Fishbowl requires confirmation from employers via a valid work email address to sign up for an account, so people can then use the platform anonymously. And many in the ad industry have been doing just that.

The Fishes’ Choice Award reeled in hundreds of submissions.

Still, Reprise realized Le Gout de Cannes and the Fishes’ Choice Award may not have been enough to validate leaving the office midday to drink rosé on a yacht. Never fear, the agency had an answer for that too.

Prior to the event, the shop developed the “excuse generator” to give junior creatives reasons why they just couldn’t miss the party. Upon receiving a calendar invite on whatever web-based mailing platform they use, creatives were digitally fed tailored excuses they could give their bosses.

Excuses ranged between the reasonable, “I have a lunch & learn with Fishbowl,” “I’m waiting for the cable guy” and “I have a dentist appointment,” and the perplexing, like “I’m defending my family’s honor,” “I’m bottling artisanal mustard” and “the French don’t give excuses.”

Hopefully, we didn’t just blow someone’s spot up. And if we did, we hope the event was at least worth it.