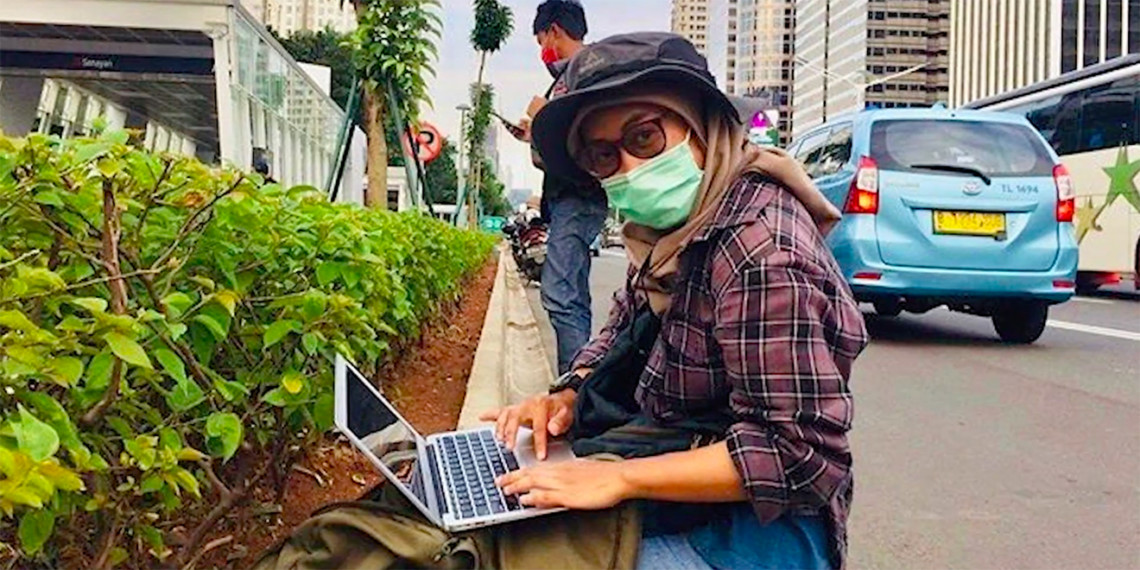 Reuters celebrates journalists around the world who are sharing the stories of Covid-19. - Credit by Reuters

According to the current White House, reporters are the enemy of the people. But according to a campaign from Reuters, they’re a “lifeline to the world” and an indispensable fact-finding resource during the Covid-19 crisis.

We’ll let you decide who to believe here.

Reuters has certainly struck a chord with its new project, #ThankYouJournalists, which has built social media support to the tune of 15 million Twitter impressions in its first days.

Launched Monday with a hero video dedicated “to all who bring us the truth,” the project highlights “the reporters, photographers, videographers and editors who are continuing to report the news” under sometimes dire circumstances.

The 60-second spot gives a peek into journalism around the world during quarantine, with images of reporters working remotely and in the field, documenting everything from overwhelmed frontline medical workers and mass graves to empty cityscapes and sheltering-at-home families.

The program aims to nudge other media groups, fellow journalists and members of the public to express gratitude for what can be a thankless job. (Look no further than the contentious press briefings in D.C.)

So far, the message is spreading via CNN’s Christiane Amanpour, media entrepreneur Rafat Ali, Canada’s minister of foreign affairs Francois-Philippe Champagne and nonprofits like the National Association of Media Literacy Education and the Center for Public Integrity.

Reuters is not alone in taking time to celebrate the fourth estate. BBC News has launched an optimistic spot, dubbed “One Day,” about the things that will happen when the pandemic ends.

Plans will be made and kept, according to the long-form video, kids will play with their friends and finally go back to school, and there will be no new coronavirus cases.

“Until then, we’ll be here,” the promo says, with BBC News editorial director Kamal Ahmed noting that “millions are relying on our journalists and presenters to bring them trusted and accurate information.”

The spot, featuring BBC talent like political editor Laura Kuenssberg, morning host Dan Walker and newscasters Huw Edwards and Sophie Raworth, reminds audiences “that we are with them throughout this crisis and that, ultimately, this destructive pandemic will pass,” says Ahmed.

From the in-house BBC Creative team as part of the ongoing umbrella campaign, “Bringing Us Closer,” the spot will air on BBC network TV channels. Additional videos with more of the brand’s reporters will debut on social media next month.

“We wanted this film to have a hopeful message which is something we all need right now,” says Helen Rhodes, executive creative director. “In order to elevate the production values of the film and make it as beautiful as possible despite the limitations of remote shooting we put a lot of thought into various things, like the contrasts between scenes, key colors in those scenes, time of day, and lighting within each set up.”