The film pioneer and DDB Paris capture a myriad of flavors 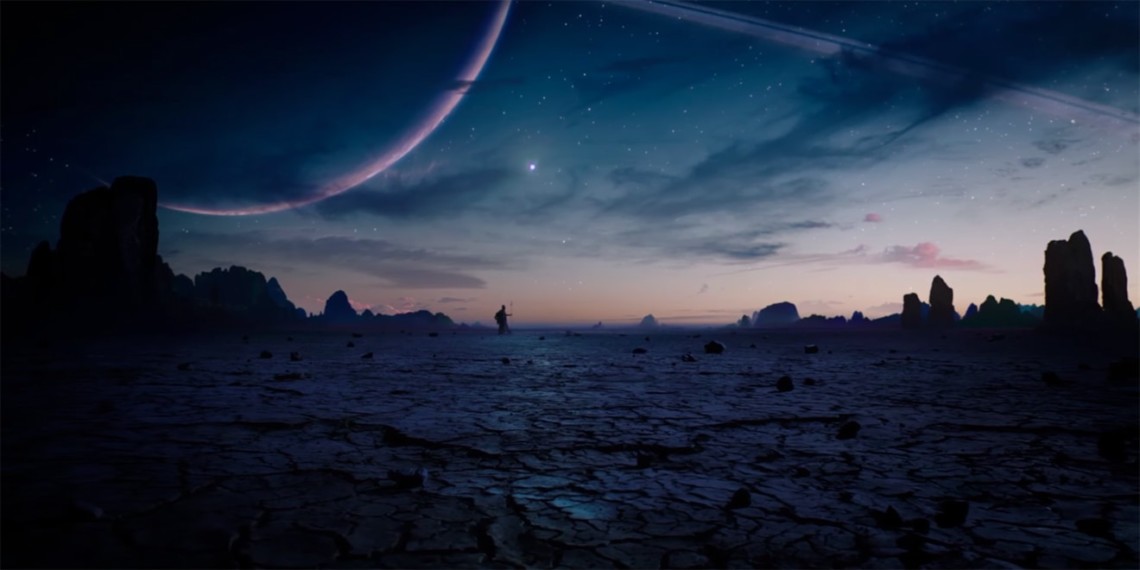 After a 15-year break from advertising, Ridley Scott has returned to the marketing world to create a visually rich short film for Hennessy that’s reminiscent of his sci-fi masterpieces.

With a nearly hypnotic focus on atmosphere, sound and flow, “The Seven Worlds,” from agency DDB Paris and directed by Scott, brings life to the seven flavor notes said to be found in Hennessy X.O.: sweet notes, rising heat, spicy edge, flowing flame, chocolate lull, wood crunches and infinite echo. Each is represented as its own alien world that stands in contrast to the one before.

The full video is four minutes long—and worth every second:

Fans of Scott’s films will recognize several visual motifs from his work, especially from more recent sci-fi efforts like Prometheus, The Martian and Blade Runner 2049. While he launched his career with gritty and dark films like Alien and Blade Runner, in more recent years his style has become stylized and atmospheric, creating backdrops that are as central as any character.

“The Seven Worlds” plays well to this evolution of Scott’s focus, letting him invent worlds not to house a narrative but simply to represent a sensation.

Legendary within advertising circles for directing Apple’s “1984” Super Bowl spot, Scott hasn’t personally helmed an ad in 15 years, though he did produce a 2016 Super Bowl ad for LG directed by son Jake Scott, and his production studio has long remained active, currently operating under the name Ridley Scott Creative Group.

“I was attracted to this project because I was inspired by the potential for art and entertainment to bring this story to life,” Scott says in a statement about the branded film launch. “Hennessy has a great product, and I was lucky enough to have the freedom to interpret this and create something amazing. I think people will be stunned when they see the film.”

The brand has released a behind-the-scenes interview with Scott about the ad’s creative development:

A 60-second cut of the ad will run during the Oscars awards ceremony broadcast on Feb. 24:

Hennessy X.O. is a cognac the brand has been producing since 1870, when Maurice Hennessy began creating it for friends and family. The “X.O.” abbreviation stands for “extra old,” as it is aged for more than 40 years.

If you’re curious to learn more about the seven tasting notes featured in the ad, here’s how the brand describes them:

Sweet Notes: The palate is warmly embraced by flavors of candied fruit – the faint sweetness of oranges fused with the subtle tartness of apricots.

Rising Heat: The intriguing sensation of an intense, rising heat slowly reveals the complex taste of eaux- de-vie that have patiently aged in oak barrels.

Flowing Flame: A wave of warmth grows, crests and then breaks; the mouth is awash with the sensation of an immense roundness. A robust presence, full and voluptuous, is felt.

Chocolate Lull: There is the gradual discovery of something familiar. It is the well-rounded flavour of a rich, dark chocolate. Slightly sweet and silky smooth, it gently caresses the palate.

Wood Crunches: A striking sensation is suddenly felt – the vigorous ebb and flow of oak notes interlaced with vanilla. With their bold and complex taste, they make their powerful presence felt and then vanish.

Infinite Echo: The evanescent oak notes leave a long, omnipresent finish in their wake, echoing the subtleties of each flavour and sensation that has preceded it, as well as the complexity of X.O’s blending and long aging process.