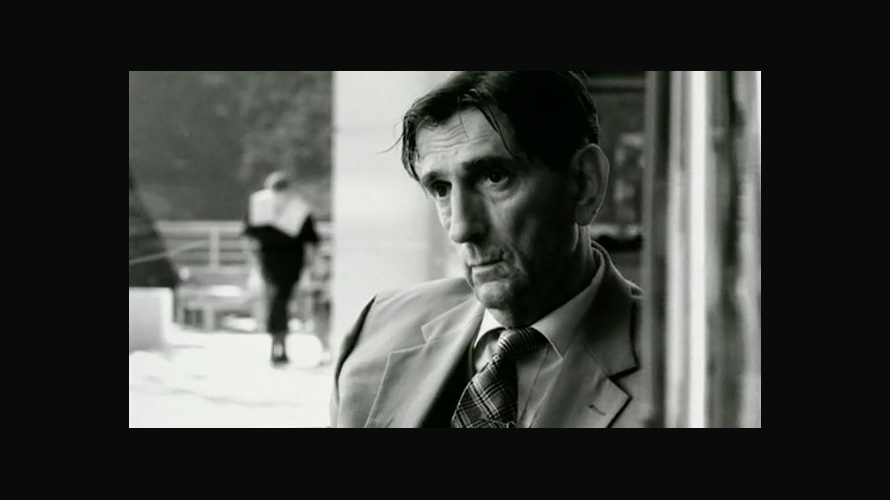 “Let’s not mistake me for someone who gives a shit.”

That great line, delivered with a dark chuckle by Harry Dean Stanton in a newly discovered five-minute version of the celebrated “Cheat” ad for Guess Jeans, could sum up Stanton’s outlook on advertising throughout his career. He didn’t do many ads. But he did find something to chew on in the private-investigator character from the 1996 film noir “Cheat” campaign, which won a slew of ad awards worldwide.

The spot aired as a :90 on television and in cinemas. But following the actor’s death on Friday at age 91, the production company Great Guns looked through its archives and unearthed a never-before-screened five-minute version of “Cheat,” which plays out like a piece of long-form branded content.

While certainly a bit on the cheesy side, “Cheat” has standout performances from Stanton—exhibiting his famous hangdog charm—as well as Juliette Lewis, who is hired by the detective to try to catch a cheating husband by pretending to seduce him. (Traci Lords plays the woman paying to investigate her fiancé.)

Great Guns also dug up a 15-second teaser, in which Stanton rehearses the delivery of a single word, “Sorry,” as he drives through Los Angeles preparing to deliver the bad news to Lords.

“Cheat” was written by Paul Shearer, the current chief creative officer of Ogilvy Memac, and his then-partner Rob Jack. It was directed by Andy Morahan. An early example of long-form branded content, it didn’t show the logo until the very end. In fact, Great Guns tells us, Guess founder and executive creative director Paul Marciano demanded that all branded product shots be removed after seeing the first cut, saying they spoiled the film.

Great Guns owner Laura Gregory was executive producer on the spot. She and director Andy Morahan tracked down Stanton at the legendary L.A. music venue The Mint. Gregory says Stanton agreed to do the spot because he’d always wanted to work with Lewis, who had filmed Natural Born Killers just a few years earlier.

See the original 90-second cut of “Cheat” below.