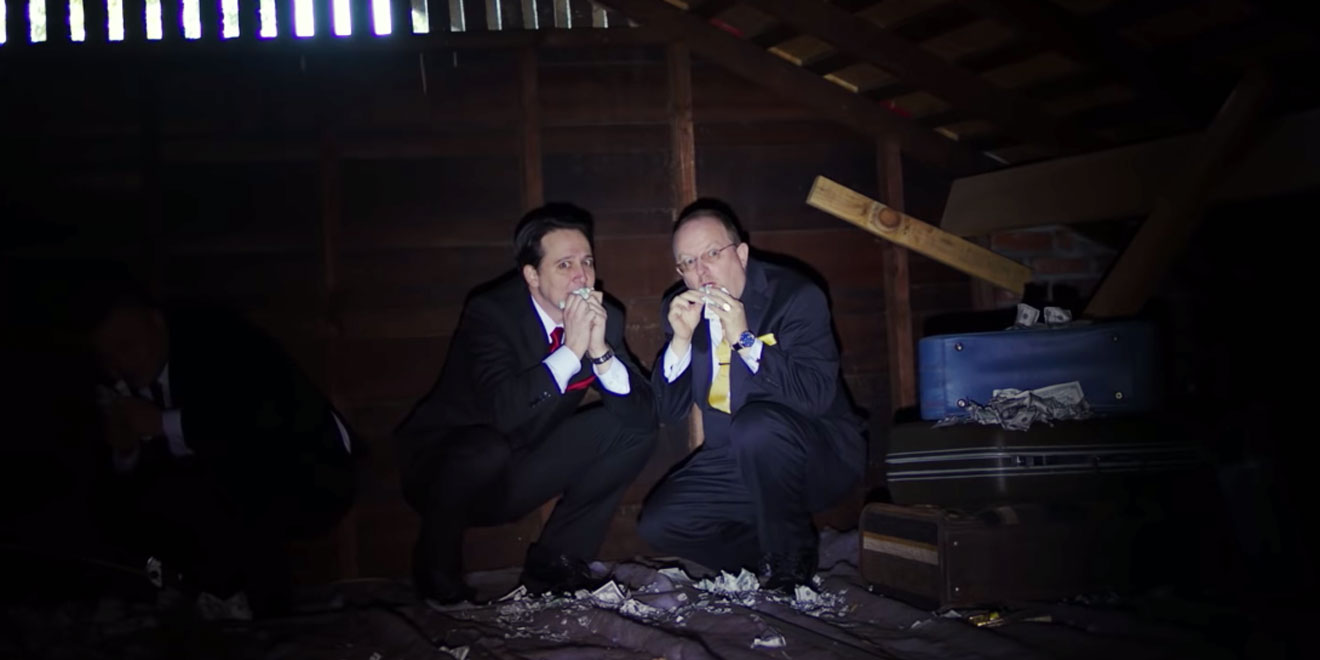 SDCCU doesn't want to customers to get bogged down with extra fees. - Credit by SDCCU

Surcharges and fees are par for the course for most banks—so much so that customers have come to expect them. Being forced to hand over a few extra bucks just to take cash out of the ATM is always annoying, though.

Knowing this, San Diego County Credit Union (SDCCU) is running a campaign that has some fun with just how irritating these extra charges can be. In a series of 30-second spots, scenarios unfold where bankers clad in suits wreak havoc—but not the kind you might expect.

In one, a woman is repulsed to learn that her boyfriend’s house is infested with these white-collar types and is none too pleased when she spots one in the kitchen with a dollar bill in his mouth.

Another shows an exasperated wife who hired an exterminator to confirm her suspicion that she has “bankers” living in the attic, while a third features a naive woman throwing some crumpled up dollar bills to a flock of bankers in a local park (she’s later warned that these “rats in suits” won’t leave her alone if she keeps it up).

Each spot ends with the tagline “Stop feeding the bankers.” The campaign was created by Wolfgang, with the aim of shining a light on the various banking fees that can quickly add up and become a problem.

“We wanted to draw a clear line between SDCCU and the big corporate banks. So we used humor to not only make the point about no fees but also to make them more likable,” said Mike Geiger, CEO of Wolfgang.

The agency has done some similarly cheeky work for SDCCU in the past, like this spot that explains that while low fees are always a good thing, low diving boards are … not.