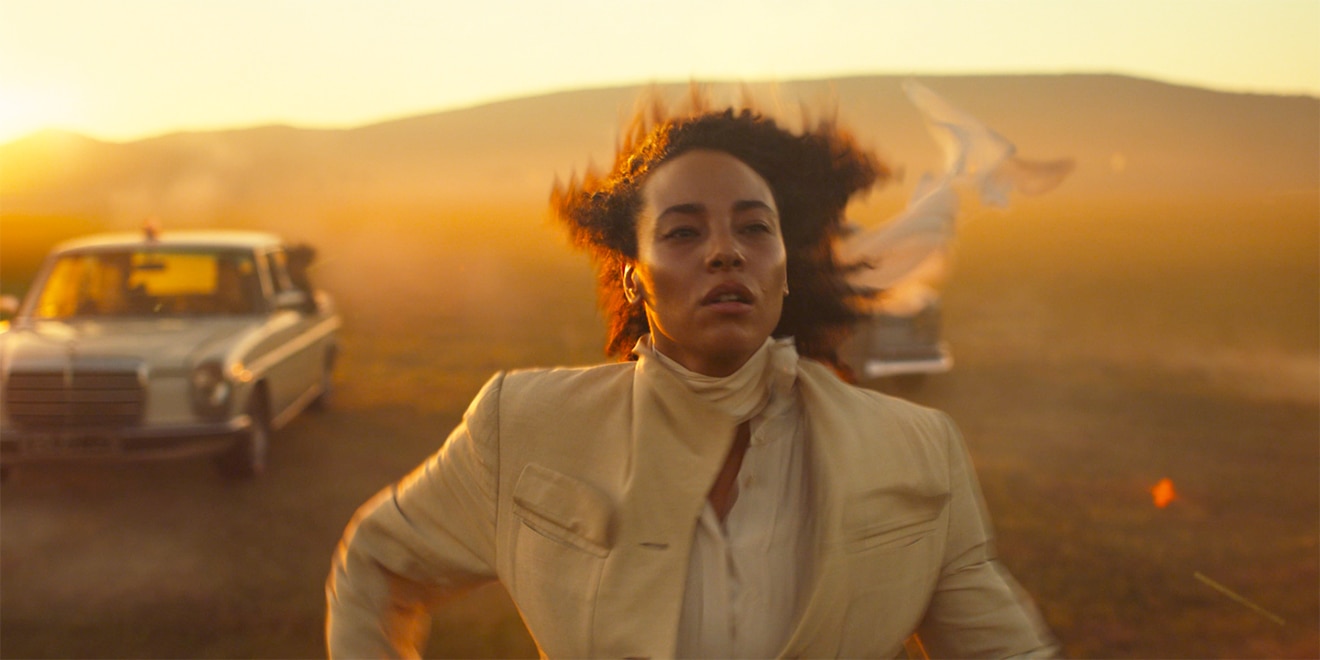 Intrigue follows Smirnoff Vodka around the world in a cinematic campaign launch spot from 72andSunny. - Credit by 72andSunny

Some brands have to create dramatic advertising or packaging to make up for the incredibly bland true stories behind them.

But not Smirnoff, whose vodka began as the hand-picked favorite of czars and then (to avoid the czars’ bullet-riddled fate) was spirited away on a decades-long, byzantine path to eventual global success.

That history of how the brand fled Russia amid revolution and eventually became one of the world’s largest liquor brands now fuels Smirnoff’s first global campaign in 25 years: “Infamous Since 1864.”

Created by agency 72andSunny New York, the campaign leverages both the brand’s storied history (with 1864 being when serf-turned-entrepreneur Pyotr Arsenjevitch Smirnov founded his first distillery) and its mischievous reputation.

The resulting 90-second anthem spot blurs the lines between truth and dramatic flourish in a way that’s true, in the broad strokes, to the company’s history but stops short of being a self-congratulatory brand biopic.

“It’s not a documentary. Nobody wanted to make a documentary,” 72andSunny executive creative director Justine Armour tells Adweek. “But the brand does have a really great story to tell.”

The spot was directed by Rupert Sanders, best known for 2017’s Ghost in the Shell and 2012’s Snow White and the Huntsman. While it begins with the flight from Russia that kept the family’s vodka alive, the spot then veers more ambiguously into the Cold War and vodka’s rise to consumer preference in the ’80s and ’90s.

“Fortunately there’s so much exciting truth in the brand that we had to work with. The original Smirnoff was put in front of a firing squad twice or three times, escaped prison, crossed borders—he wasn’t a clean-cut guy.”

She’s referring to Vladimir Smirnov, who changed his name to Pierre Smirnoff after escaping a prison camp in Ukraine and eventually resettling in France. And in case you think she’s being dramatic, according to some sources, he was actually brought before a firing squad five times. 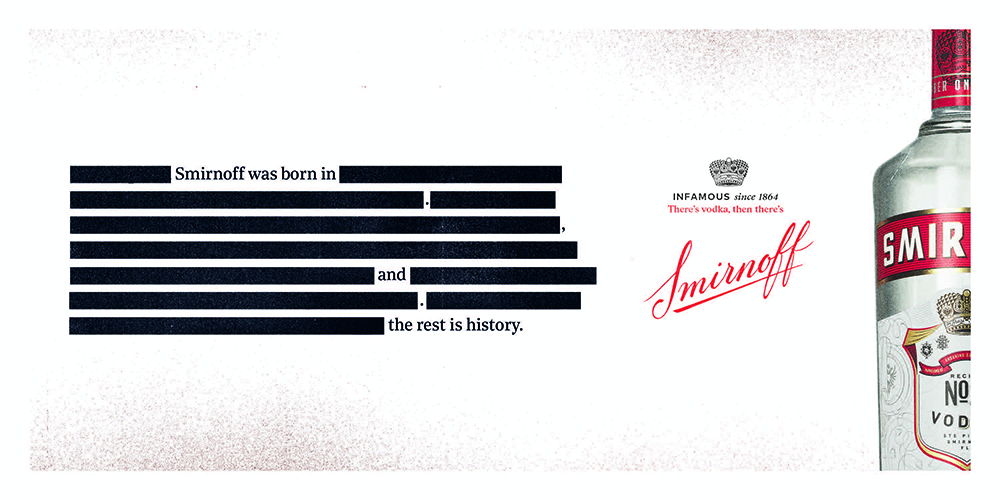 72andSunny
The campaign is Smirnoff’s most globally ambitious in many years and will be featured in a wide range of media across international markets.

“Smirnoff is the world’s No. 1 vodka brand and a true global icon,” says Neil Shah, global marketing director of Smirnoff. “Whilst some of our campaigns and initiatives have run in multiple markets over the last few years, this is the first global integrated marketing campaign of its kind and scale in the brand’s recent history which will be supported with broadcast, OOH, digital, social and print advertising.” 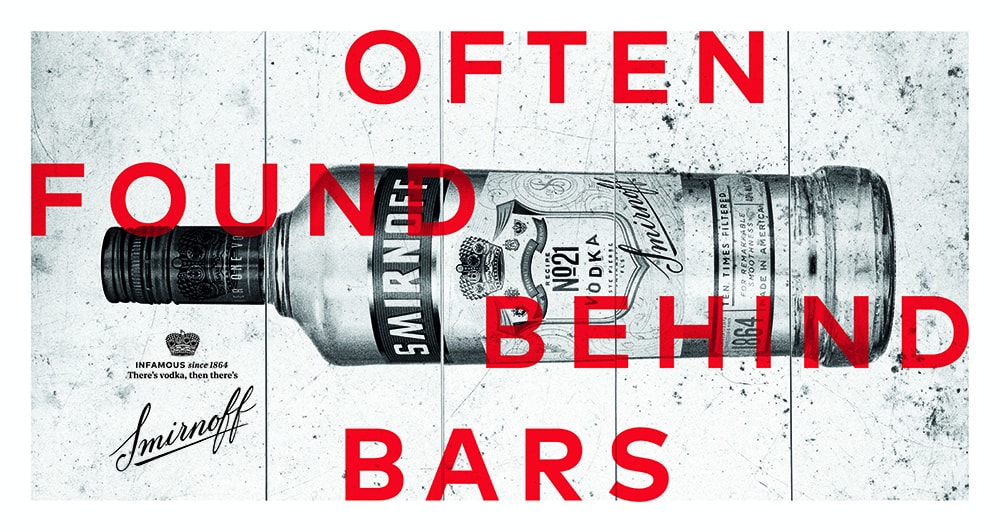 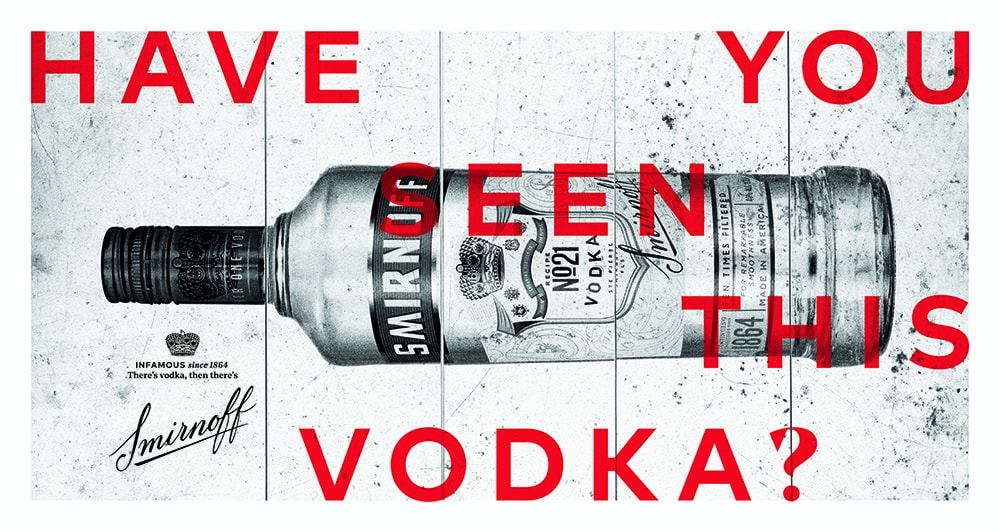