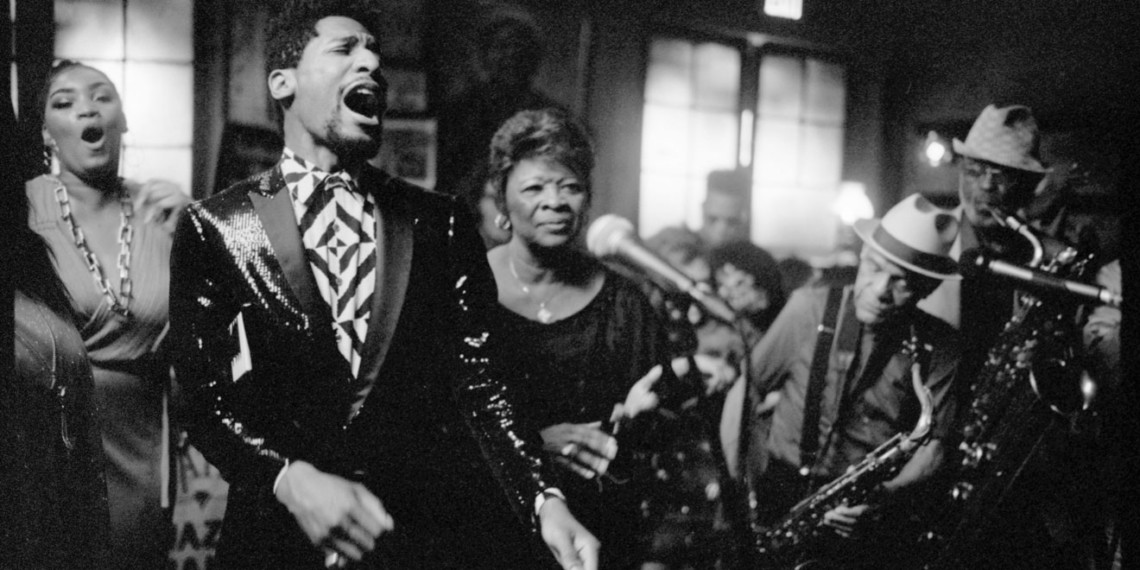 Listeners of a Spotify playlist featuring artists from New Orleans were recently treated to a concert in the city.
Danny Clinch
Share
By Minda Smiley
|
September 25, 2019
Share

Earlier this year, Spotify created a playlist that features musicians from New Orleans, each with their own distinct style and sound. From the “Soul Queen of New Orleans” Irma Thomas to rapper Curren$y, the playlist gives listeners a taste of what the city’s diverse music scene has to offer.

Uploaded in May, the curated playlist subtly kicked off a massive campaign for the New Orleans Tourism Marketing Corporation, which partnered with Spotify to give a select few listeners what was surely a surprise: an all-expenses-paid trip to New Orleans to see each artist perform live at Preservation Hall, a jazz venue in the city’s French Quarter.

The invite-only concert, which was photographed by music photographer Danny Clinch, is being developed into a film that will debut next year. A teaser for the film, dubbed “The Offline Playlist,” was recently revealed.

The concert was also made into a Spotify album. Musicians featured on the album include the Preservation Hall Jazz Band, Amanda Shaw and Jon Batiste, among others.

The experience was pulled together with help from digital agency 360i. According to the agency, the first steps involved not only helping Spotify curate the playlist, but also making sure it got in front of people who’d likely give it a listen.

“We worked with Spotify to create data sets that cross-matched fans of the playlist artists with people who may be interested in coming to New Orleans,” explained 360i chief creative officer Menno Kluin. “We then targeted playlist social content to these data sets and tracked who was enthusiastically commenting and listening to it.”

From there, fans were then contacted “at random” through Instagram, Facebook and Twitter and offered the chance to visit New Orleans to see the artists perform at Preservation Hall. In addition to covering fans’ flights and hotels, the New Orleans Tourism Marketing Corporation put together a weekend itinerary for each person based on their interests.

“Music is at the heart of our great city and is universally loved by both residents and visitors.” said Mark Romig, president and CEO of the New Orleans Tourism Marketing Corporation. “This campaign gives us an opportunity to shed light on our artists, the rich music scene and the essence of New Orleans in a memorably authentic way.”

While not a Spotify campaign, the effort is in line with the music app’s use of data to connect with listeners. The brand’s annual “Wrapped” out-of-home campaign has for the past three years highlighted the quirky and bizarre listening habits of its users; for instance, one of last year’s ads pointed out that a whopping 28,802 people created playlists titled “God is a woman,” a nod to Ariana Grande’s hit song.