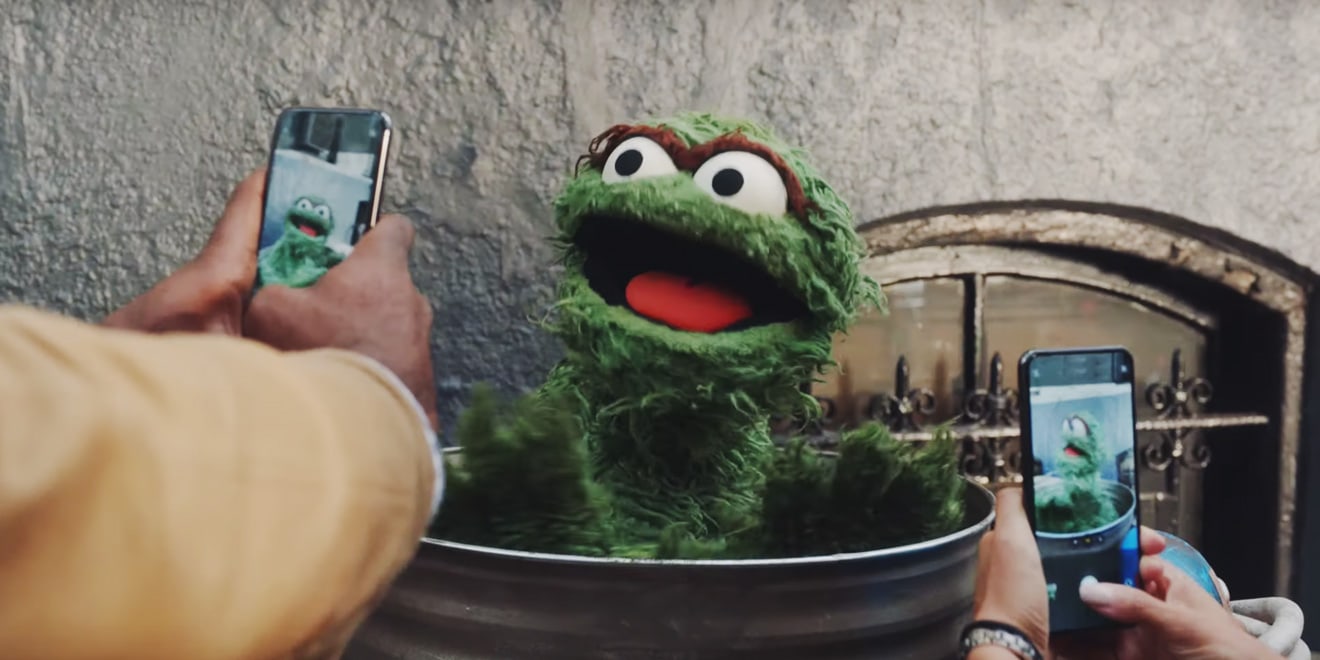 Sesame Street’s Oscar the Grouch is perhaps best known for, well, living out of a garbage can and being the resident grump of the show’s cast of characters.

But thanks to Squarespace, the muppet now has a new claim to fame: art sensation. In the website builder’s latest ad, a Brooklynite stumbles upon Oscar’s heap of trash outside her doorstep and immediately proclaims it a work of art. She quickly creates a Squarespace website so he can show off what she believes are modern art installations, much to his chagrin.

“You want to put even more trash on the internet?” he quips.

By the time the website goes live, it’s all over for Oscar. It’s not long until his old pizza boxes, crumpled up newspapers, wet socks and banana peels are on display at galleries across New York. He’s even dubbed “this generation’s greatest artist,” a proclamation that induces nothing but eye rolls from him.

All of the attention is maddening for Oscar, but there’s a fun twist at the end when he finally realizes that he’s never been more miserable.

The campaign is a tie-up with Sesame Street, which is celebrating its 50th birthday this year. Earlier this year, some of the show’s characters starred in a Farmers Insurance campaign, and Oscar was recently the star of an SNL spoof where David Harbour played his origin story à la the Joker.

In addition to the ad, Squarespace partnered with artist Justin Gignac, who sells New York garbage (yes, you read that right) in cubes for $50. “Limited edition” cubes that include trash from special events, like New Year’s Eve in Times Square, go for a whopping $100. He’s created 25 trash cubes inspired by Sesame Street, all of which appear to be sold out. All proceeds are going to Sesame Workshop, the nonprofit behind Sesame Street.