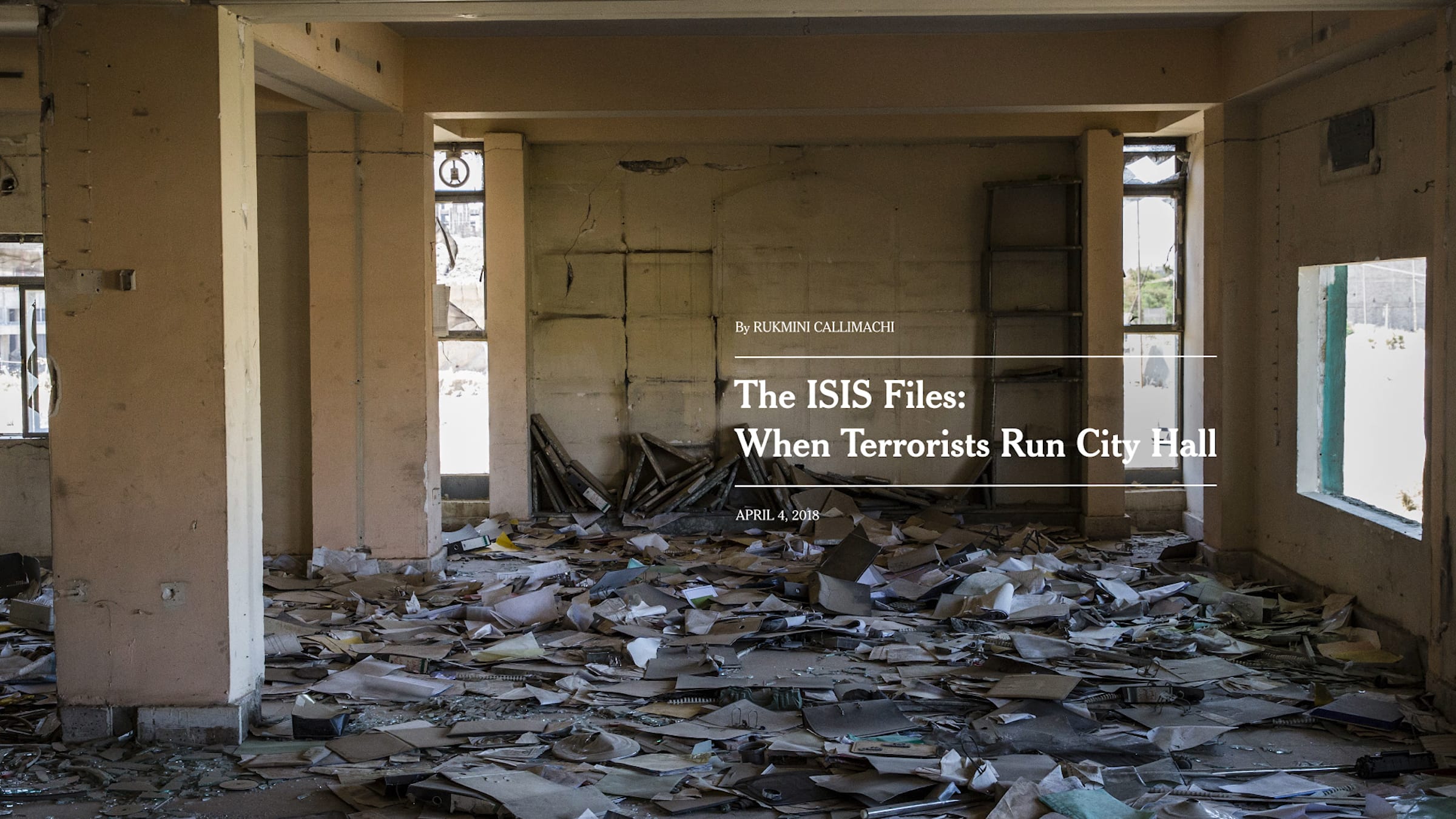 It's part of the ongoing 'The Truth Is Worth It' series.
The New York Times
Share
By Patrick Coffee
|
March 26, 2019
Share

As journalism continues to come under fire in the United States and around the world, The New York Times has called on agency of record Droga5 to once again remind the public of the critical, complicated and dangerous work its reporters do every day.

The latest entry in the Grey Lady’s ongoing “The Truth Is Worth It” campaign, “Fearlessness,” highlights recent efforts by one particular reporter.

Since joining the NYT in 2014, Rukmini Callimachi has been covered Islamic extremism, winning several awards for her work on the rise and fall of the Islamic State.

“Fearlessness” illustrates how such investigative reports come to life: through days and weeks on the ground in war zones speaking with sources who rightfully fear for their lives while gathering the facts required to string a narrative together.

“In a time when the truth is being twisted, bent and sometimes forgotten, we needed to shine a light on the untold rigor that The New York Times puts into bringing deeply reported, high-quality journalism to the world,” the campaign materials read.

Callimachi traveled to Iraq five times and visited more than 150 sites, including the final outpost of ISIS, in order to report the story. Along the way, she spoke to a number of sources while avoiding improvised explosive devices and witnessing their carnage.

The resulting report, which ran about a year ago, provided an unprecedented look into the inner workings of the terrorist group, allowing for new insights into how it gained power in the area and stayed in charge for so long. Callimachi and her colleagues only obtained the documents detailing plans for the caliphate and its brutality through dogged persistence.

We don’t often talk about what goes into reporting our stories: The months in a war zone, the risks we take, the dozens of interviews. In this age when reporters are being attacked, @nytimes is taking the time to tell readers: https://t.co/uymTngtWRP

While working on the story, Callimachi came under live fire many times and was in contact with former members of what has been the world’s most notorious terrorist group of the past several years. The most important evidence came from a “nondescript briefcase” found in the “rubble of a destroyed building in the last square mile of ISIS controlled Western Mosul.”

It’s the work of dedicated professionals like Callimachi that makes The New York Times the paper of record.