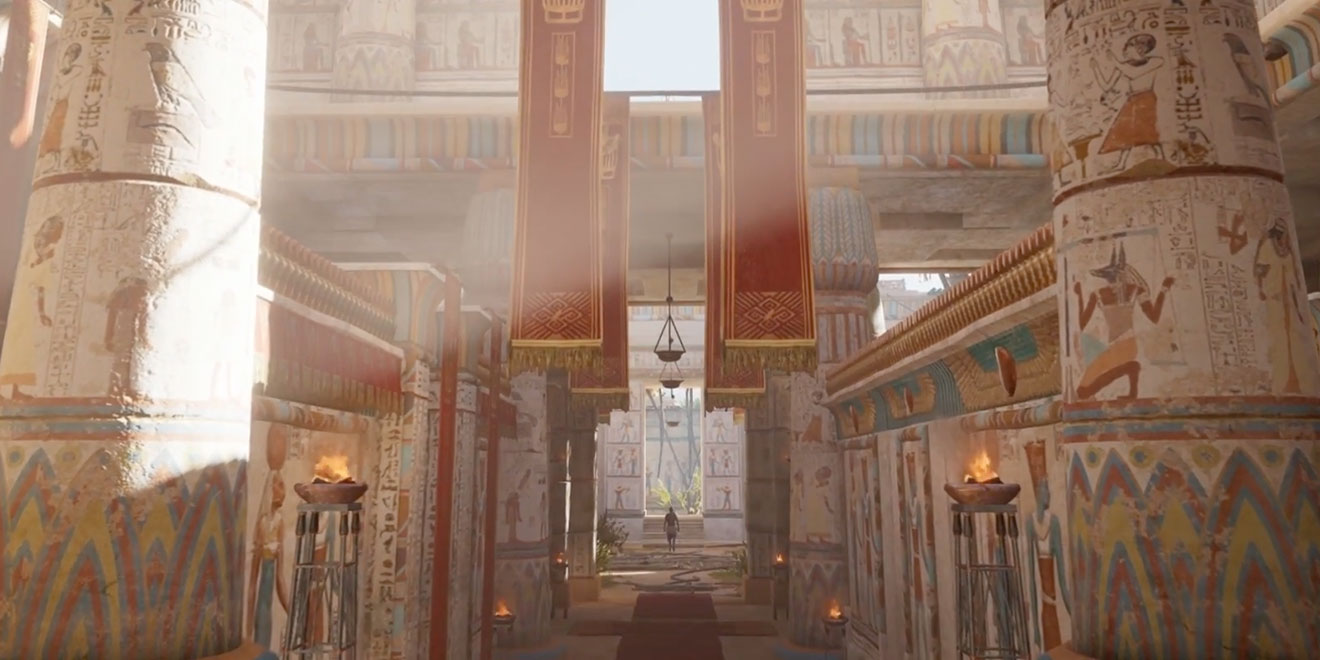 We love it when a brand uses its own tools and interests to make a bigger impact on the culture.

That’s what Ubisoft’s research arm is doing with The Hieroglyphics Initiative. Inspired by its work with Egyptologists for the video game Assassin’s Creed: Origins—which takes place in Cleopatra’s ancient Egypt—the project was born when the brand realized how hard it is to cull information about that time period.

“New technology had an enormous impact across so many academic disciplines. In the field of humanities, it gave birth to a new field of studies called digital humanities,” says Egyptologist Perrine Poiron in the video below.

She goes on to tell us that translating hieroglyphics—the primary mode of recording storytelling and history in ancient Egypt—has been stagnant since the discovery of the Rosetta Stone, 200 years ago.

“We need new digital research tools in the field of Egyptology,” Poiron says.

That’s where The Hieroglyphics Project comes in. Conceived in a partnership between Ubisoft and Google, the goal is to use machine learning-driven artificial intelligence to extract hieroglyphic symbols from multiple sources, enabling algorithms to learn to recognize them automatically.

“Then we can analyze existing translations, matching hieroglyphic sequences to unlock their meaning,” says technology director Alex Fry of The Hieroglyphics Project.

This core work will be supplemented by Google. “Our aim is to help researchers and developers collaborate and share code,” building on that machine learning infrastructure with tools like Google Photos and Google Assistant, says Google creative Bobby Nolla.

We’re eager to see what’s born in the project’s wake, given how surprising it is that this process hasn’t already been applied to hieroglyphics. “The Hieroglyphics Initiative not only has the potential to save Egyptologists time, but could also unlock the magic of hieroglyphics for new audiences around the world,” Poiron emphasizes.

The Hieroglyphics Initiative went live on Sept. 27, and the team is actively seeking collaborators. First results will appear by year’s end, at which time they hope to avail the technology to all. In the meantime, and if you want to help gather data for hungry bots, apply here.

“Enrich people’s lives is at the core of Ubisoft’s mission. And with Assassin’s Creed, we achieved that by making history everyone’s playground,” says project coordinator Pierra Miazga of Ubisoft.