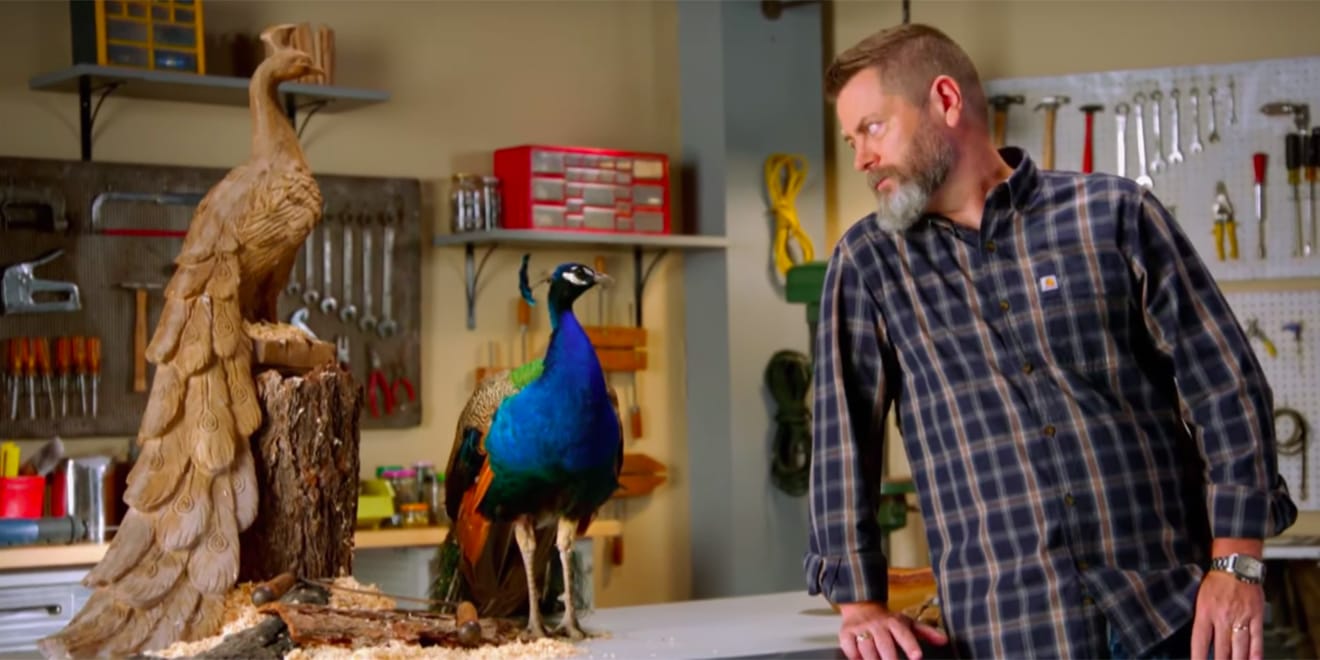 Even Nick Offerman looks (albeit technically down) to the peacock. - Credit by NBC

Over the past four decades, NBC has gifted its viewers with some of TV’s most iconic shows, such as Cheers, The Office, Parks and Recreation, Saturday Night Live and, more recently, The Good Place.

Although these shows continue to receive adoration from fans, younger consumers might have only watched them on streaming services, such as Netflix or Hulu, meaning they might not associate NBC with great comedy.

That’s why NBC Entertainment has created a campaign that reminds viewers that these well-loved shows first aired on NBC.

The ad packs in numerous celebrities like Amy Poehler, Nick Offerman, Andy Samberg and even Ted Danson, whose career has been bookended by starring roles on NBC’s Cheers in the 1980s and The Good Place, whose final season begins this week.

The stars are seen following the orders from their boss: a blue, squawking, comedic genius peacock. This spot is planned to air on all NBC properties, with different versions spanning terrestrial and digital channels.