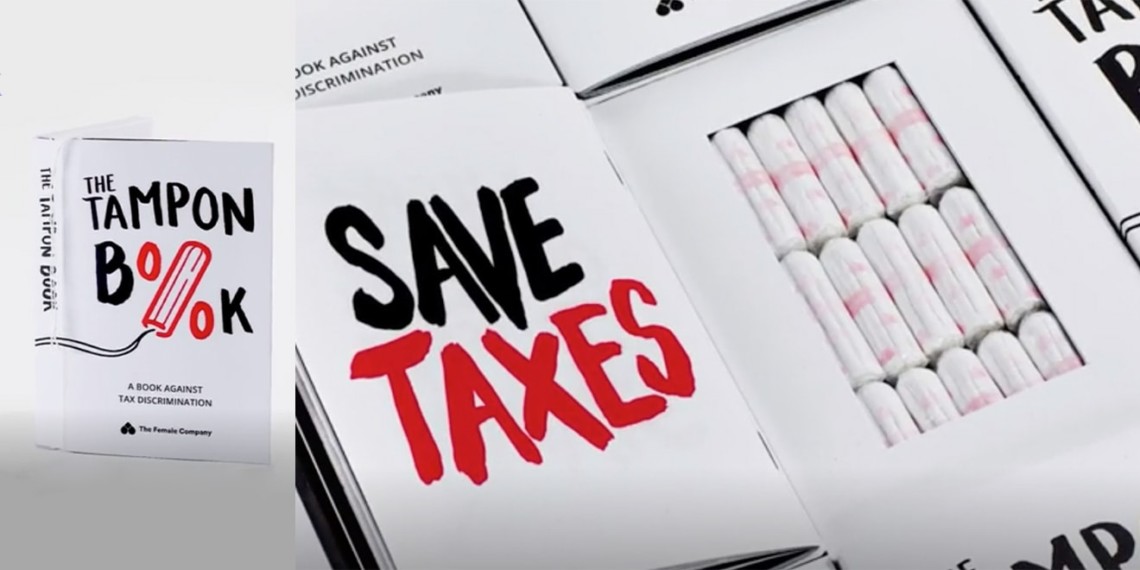 The Tampon Book, created by a German startup, points out the unfair taxes levied on feminine products. - Credit by SCHOLZ & FRIENDS BERLIN

The Female Company made a splash earlier this year when it started selling The Tampon Book, an actual book that also doubles as packaging for its products. The reason? Books are only taxed at 7% in the country, while feminine hygiene essentials are subject to the luxury tax of 19%.

Without breaking the law, the company wanted to find a way to sell its organic tampons at a lower tax rate while drawing attention to the absurdity of menstrual products being classified at “luxury goods.” In addition to 15 tampons, the book includes 46 pages of stories and illustrations about menstruation.

Created by WPP agency Scholz & Friends in Berlin, the book quickly sold out and managed to grab the attention of German lawmakers, with many female politicians sharing the book with their followers. A petition on Change.org to reduce the tax rate to 7% currently has more than 175,000 signatures, and according to The Female Company, the German Committee on Legal Affairs “must officially debate the tampon tax.”

“We believe that The Tampon Book is a great example of modern communications,” said PR Lions jury president Michelle Hutton, who is managing director-global clients at Edelman. “It combines creativity with the craft of public relations, and we hope this is also a callout to the craft industry of PR to work closer with the creative community, because when the two crafts go hand in hand, this is the type of magic that can be produced.”

In the U.S., three campaigns earned gold Lions in the PR category. McDonald’s won gold for its MacCoin, a “limited edition global currency” created to celebrate the Big Mac’s 50th anniversary. Unveiled in August last year, customers with a MacCoin could it redeem it for one free Big Mac at McDonald’s locations in more than 50 countries.

The work, created by Golin Chicago, garnered “nearly one million global earned social mentions and engagements” and resulted in a 6% increase in Big Mac sales globally, according to the agency.

Budweiser and agency partner David Miami also took home gold for the brand’s Super Bowl effort, which touted its commitment to sustainable energy and its use of wind power.
The third gold win went to McCann and Donate Life California, an organ donation nonprofit. Three of McCann’s offshoots in Toronto, New York and Costa Mesa, Calif. collaborated on an initiative called “Second Chances,” which required buy-in from police officers who agreed to let drivers off with warnings instead of tickets for minor traffic violations—so long as their licenses showed they were registered organ donors.

The initiative was embraced by police in the California cities of Fullerton and Placentia, along with campus police at California State University Fullerton. Showing its potential to advance even farther, the Second Chances campaign also spread to Calgary, Canada.

According to McCann, the campaign proved effective, as Donate Life California’s online month-to-month registrations increased 27% between March and April of this year.

Be sure to follow all of Adweek’s coverage of the Cannes Lions and sign up for our daily Cannes newsletter.
@Minda_Smiley minda.smiley@adweek.com Minda Smiley is an agencies reporter at Adweek.