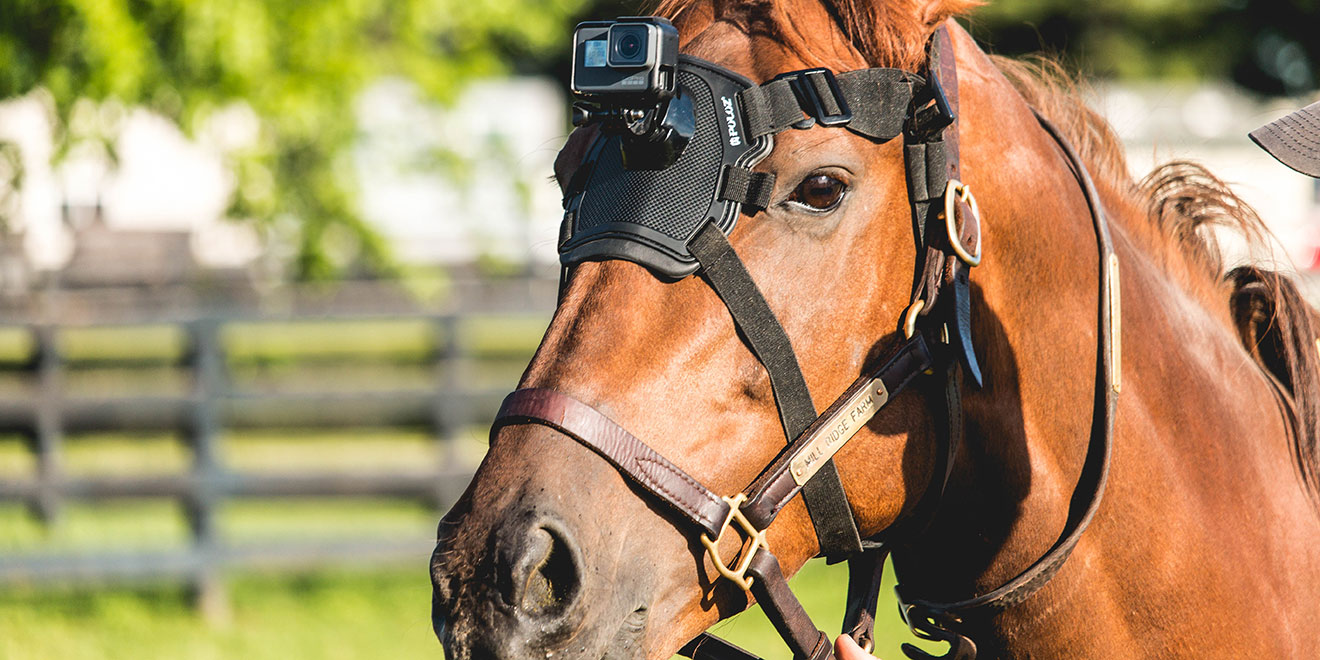 Equine auteurs take the reins for a new campaign portraying Lexington, Ky., as “The Horse Capital of the World.” Translation: Regional tourism office VisitLEX strapped GoPros on some horses and used the resulting footage in a series of ads.

Local shop Cornett, the force behind the popular Marketing Buzzword Jar and other fun projects, developed the horse-cam concept and partnered with Mill Ridge Farm to make the videos.

A fine time was had by all. (Don’t be fooled by a few long faces in the clip below.)

“While the idea was funny, it was also very doable and on-brand,” especially for a region with about 400 horse farms, says agency creative chief Whit Hiler.

It’s kind of a late entry in the cameras-strapped-to-animals ad stampede, but … horsies! (Besides, that Waitrose cow has had the upper hoof for far too long.)

We hear the beasts rode the crew hard and really nagged the AD. Whoa-ho, Nelly! Here’s another clip:

Four-legged dude looks kind of rambunctious. Maybe cut down on the sugar cubes.

Actually, that pony was filmed by its mom. “Just like human mothers, horse mothers love to film their babies too,” says Hiler. (Everybody: Awwwww!)

“We found a harness that was meant for a dog and it just so happened to fit perfectly on a horse’s head,” he adds. “We didn’t really know what to expect going into this. Would it work? Would the footage be usable or too shaky? I think the most unexpected thing that happened was that it did work. We were able to make fun commercials that were actually filmed by horses. There are now commercials in the wild that have horses listed as the videographers in the credits.”

Saddle up for a couple more ads below, plus a brief BTS clip.