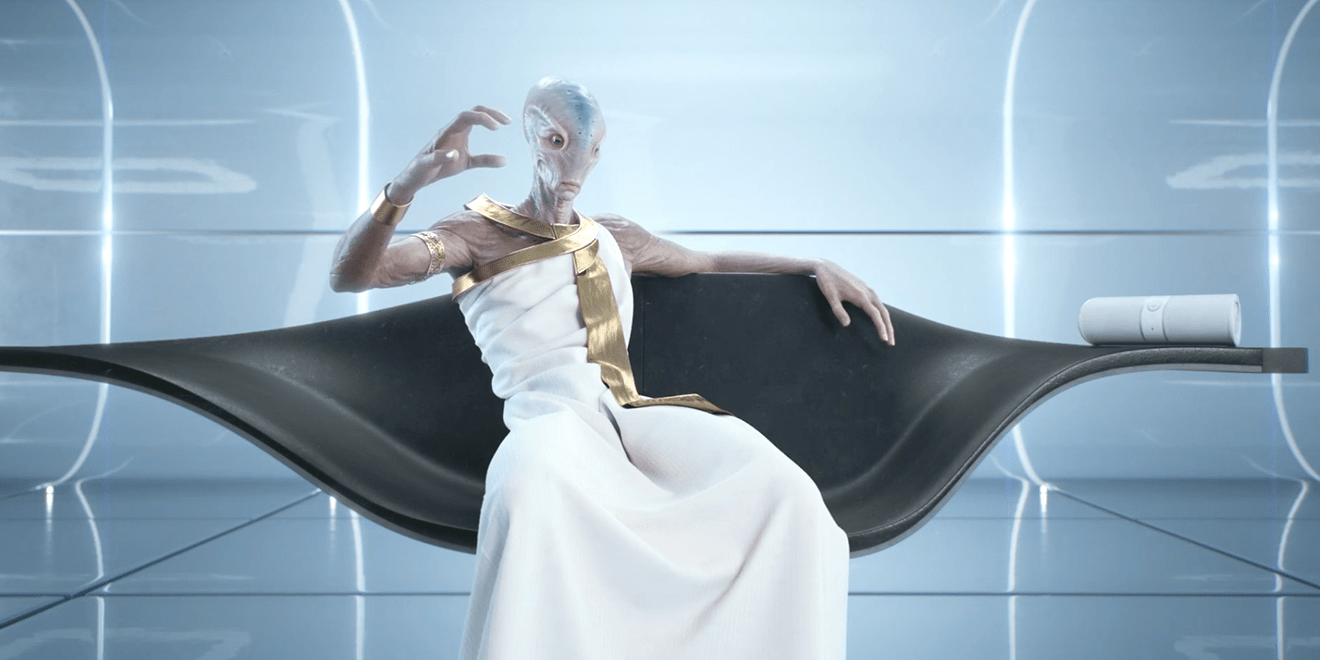 The animated space creatures featured in Cdiscount’s latest campaign are absolutely over the moon about the French ecommerce site.

In the first spot below, we travel to Xylodon 228—“the planet where nuttin’ happens, nada”—until a bored life-form orders some “lit stuff” from Cdiscount:

Dude, it’s time to move out of your folks’ place and find your own galaxy, far far away.

Next, a blogging beastie gets bummed when she breaks her new smartphone:

In space, everyone can hear her scream. (And it’s strange how these interstellar languages sound precisely like French!)

The team filmed the voiceover artists recording their lines, using the actors’ inflections, expressions and movements to inform the aliens’ quirky personalities.

According to Fichteberg, “We had to tell them to tone it down a bit, as it was easy to get carried away.”

Yeah, that can happen when you’re performing the rap music of the spheres.