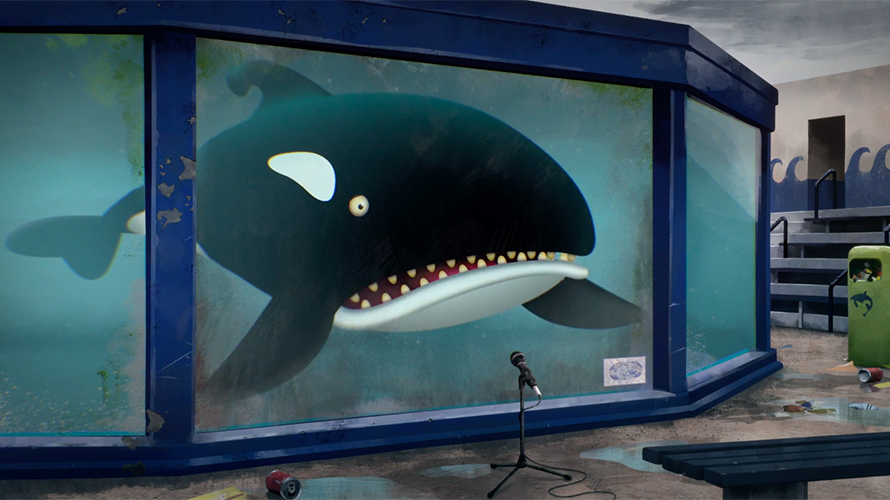 LONDON—Engine, a London-based agency, has found a clever way to make captive animals relatable—by taking people’s frustrations about life in lockdown and putting their words into the mouths of caged, animated creatures.

Called “Creature Discomforts: Life in Lockdown” the ad, created for wildlife charity the Born Free Foundation, uses real interviews with people from during the height of Britain’s lockdown to highlight the plight of wild animals living in captivity.

Just as humans suffer when they have their liberty taken from them, so do animals, said the charity, which describes animals in captivity experiencing feelings of anxiety, loneliness and depression as well as a deterioration in physical health.

The interviewees, who were asked about lockdown frustrations, didn’t initially know their words would be used for an ad, giving their descriptions authenticity about their own experiences.

Animation studio Aardman, which created British movies including Wallace & Gromit and Chicken Run, and the Oscar winning 1989 short Creature Comforts, created the animal characters, which bring to life parallels between the struggles faced by humans during lockdown and the struggles of animals in captivity.

The style of the spot pays homage to Creature Comforts, which has also inspired other advertising campaigns, including a 2015 PSA about the loneliness of elderly people created for a regional U.K. group called Bristol Ageing Better.

Here’s a look back at the original Creature Comforts: