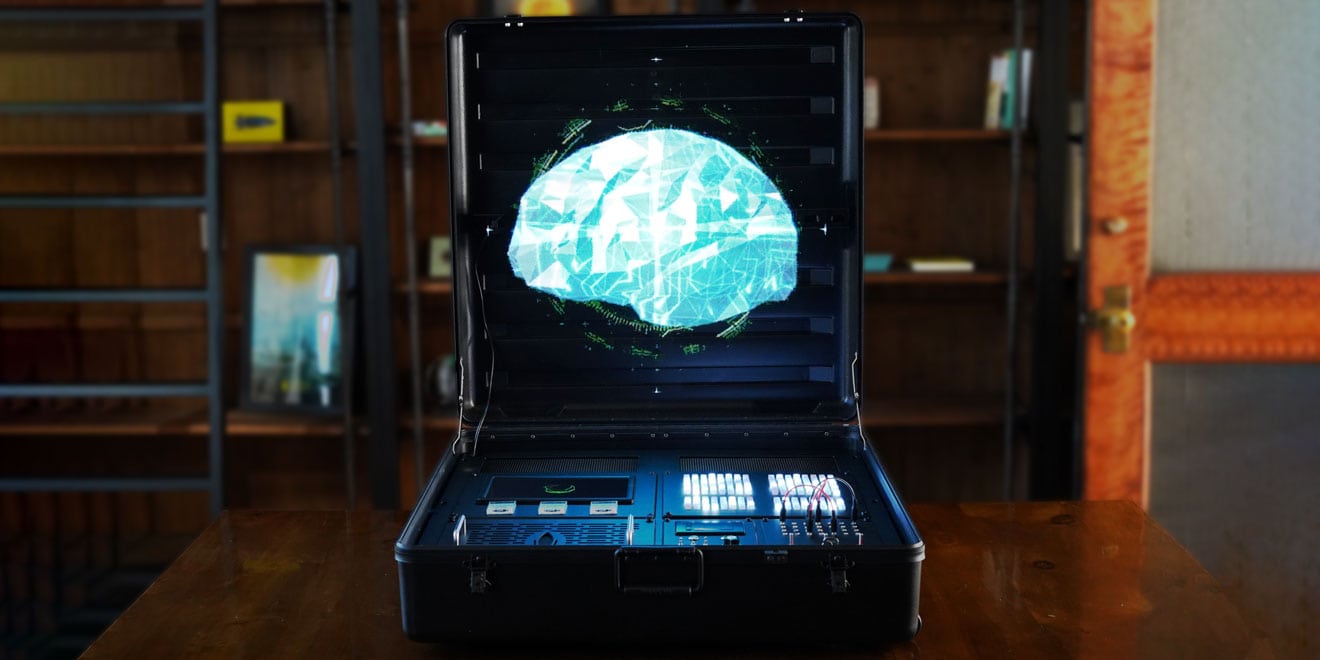 Who needs a PowerPoint pitch deck when you can have a hologram?

To help explain the capabilities of artificial intelligence, Austin-based agency Hypergiant decided to move away from slide shows and instead build its own briefcase equipped with holographic imagery.

The device, called Project Holobook, reveals a series of holograms during a four-minute presentation. As the blades whir in the background, a narrator tells the history of AI and what the technology is capable of today.

CEO Ben Lamm said he thought the agency needed to come up with a creative way to set itself apart while also showing the technology-minded company’s creative side. That’s especially important, he said, when talking to government agencies—which is part of Hypergiant’s business.

“It came out of the fact that when people are talking about AI, they’re asking ‘Who is your biggest competitor?’” he said. “IBM Watson, Palantir…who is the core competitor? And what we realized it’s actually education. And I know it sounds like a weird answer, but there are so many people who don’t understand AI. They think it’s this magic bullet.”

Indeed, even the phrase “AI” leaves much up to debate. The technology-turned-buzzword has in some ways become a catch-all for anything ranging from algorithms and machine learning to voice assistants. Some say it shouldn’t even be used until more science-fiction-like AI called general intelligence is created—if that’s ever even the case.

Hypergiant has grown quickly since its founding a little more than a year ago. Since then, it’s expanded from a handful of employees to more than 130 while also acquiring three companies. Citing competitive advantages, Lamm wouldn’t disclose everything that’s in the presentation shown to potential clients. However, he said company has also begun installing a few others in conference rooms at its headquarters.

The briefcase’s performance isn’t nearly as polished as it appears in a highly produced CGI-rendered video. However, the holograms do seem to be better than some larger—and often gimmicky—hologram displays that have begun appearing over the last couple of years at major tech festivals like CES. 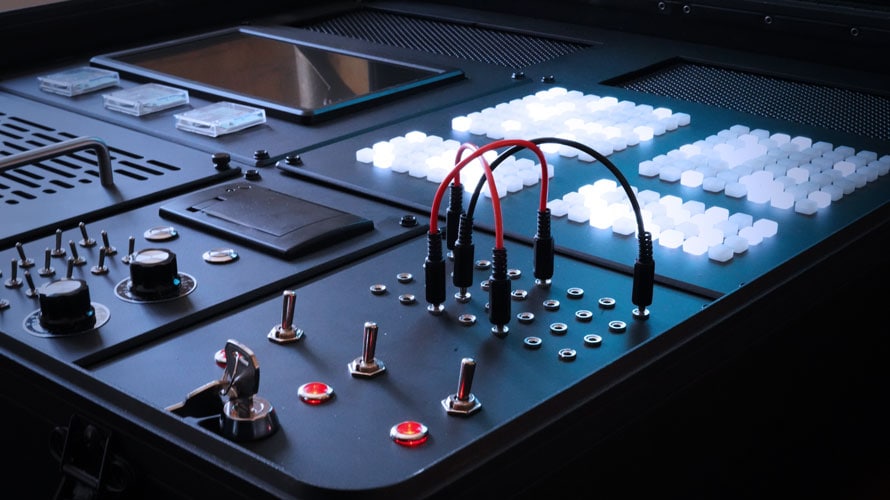 A five-person group at Hypergiant created the box in less than two months using a lot of computer-aided design software. However, it also had to be functional. For example, Lamm said the seemingly decorative buttons on the machine actually work.

So will this actually help sell AI or Hypergiant? That’s hard to say—at least for now. Lamm said the project was a chance to “practice what you preach.”

“Going in with a Microsoft PowerPoint…I’m sure that’s fine,” he said. “But if we really want to be a future forward company, we need to leverage future forward technologies.”

Disclosure: Hypergiant is funded by Beringer Captial, which also owns Adweek. Lamm is also a member of Adweek’s advisory board. 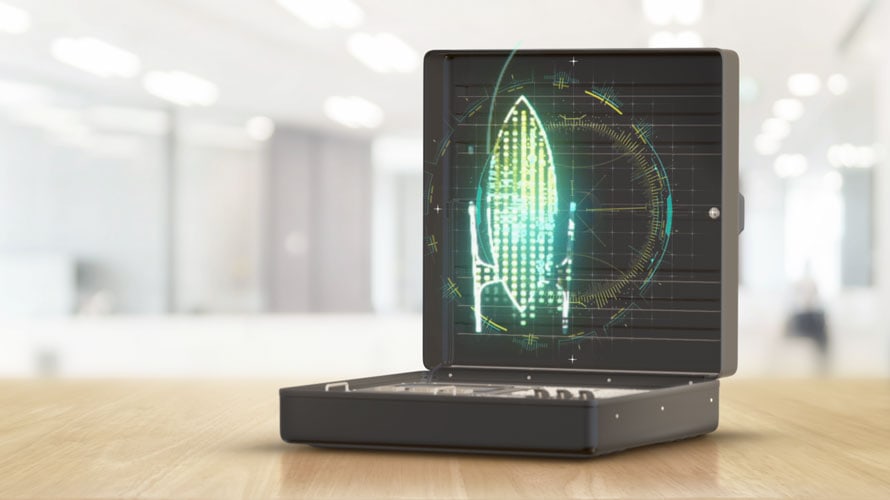