This Band of Babies Really Rocks Out for German Supermarket Chain

They hate veggies, no kidding! 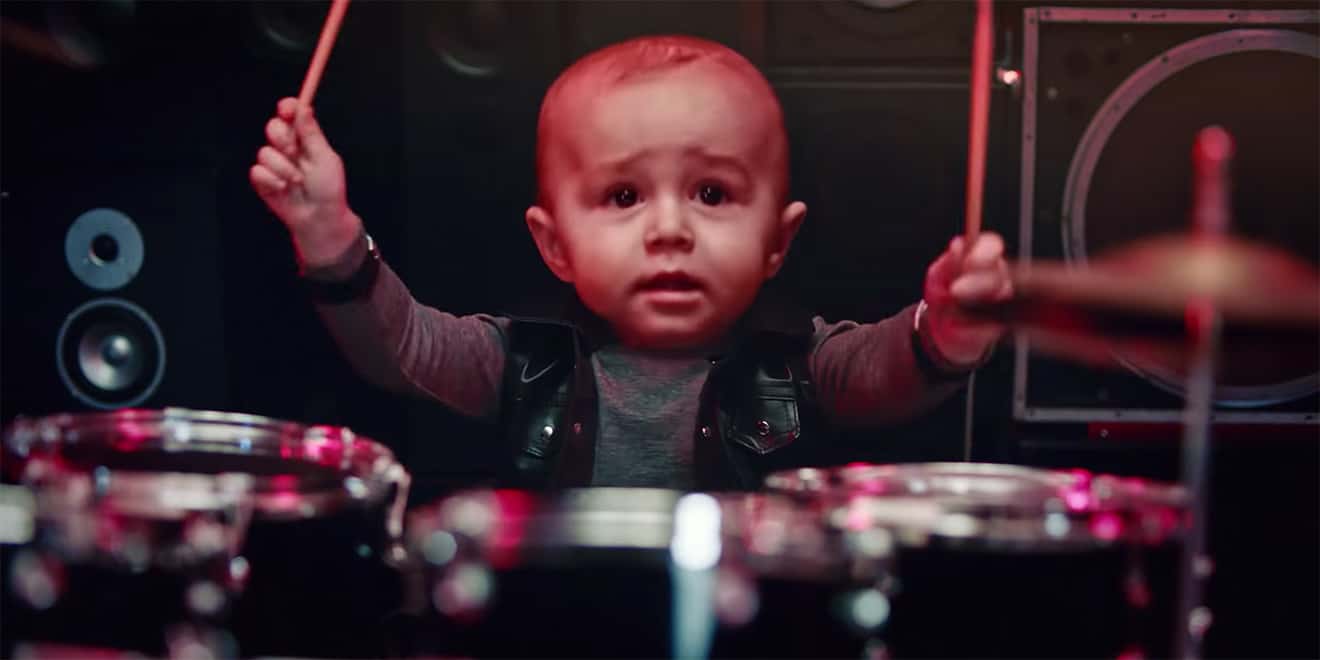 The Evian babies may be gone forever (fingers crossed), but if you just can’t get enough of motion-capture infants doing grown-up stuff in commercials, German discount store Netto has the campaign for you.

Are you ready to rock!? If so, give it up for … a bunch of babies. Dressed up like a band. Strumming guitars and pounding on drums. Singing about how much they despise fruits and vegetables to the tune of Kiss’ ‘70s thumper “I Was Made for Lovin’ You.”

Those cats were pretty cool. Not as cool as these Netto cats, but at least the musical mites have thumbs.

The band of babies probably won’t be smashing up too many hotel rooms. As for spitting up, well, that’s another matter entirely.

The lyrics, per YouTube’s translator, include lines like “Mom that cannot be! Is this broccoli? Do you want me to cry? Take this away … Green hard and cartilaginous? I’m fed up with vegetables! Vegetables can go home!”

Look, the original lyrics weren’t so hot, either.

Jung Von Matt developed the spot. It’s the latest in a long line of freaky, frequently musical forays for the agency and Netto or, in some cases, the chain’s parent company Edeka, which grooved with musical man-baby Friedrich Liechtenstein in this supremely strange outing a few years back.