One Natural Light drinker's credentials will adorn a race car 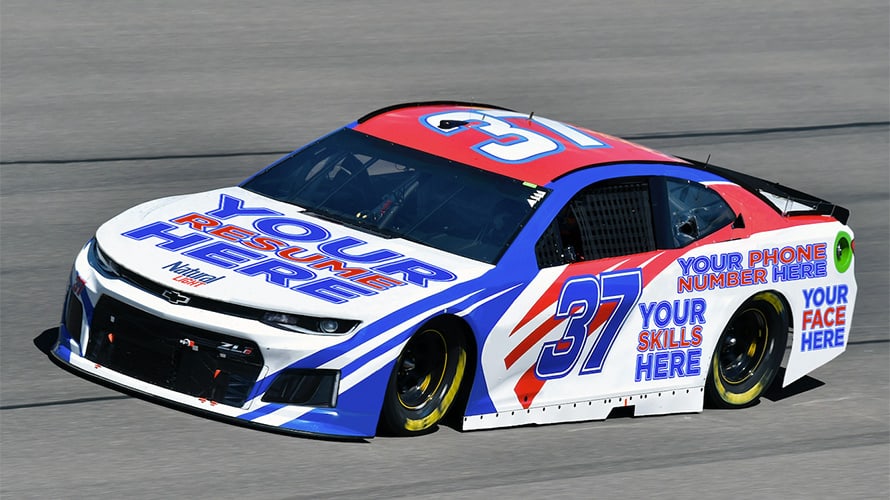 It’s not easy out there for a recent college grad.

In addition to facing a mountain of student loan debt, there’s the added stress of landing the first job amid a crowded field of applicants.

AB InBev’s low cost, American light lager brand Natural Light is doing its part to help reduce that stress—an, ahem, natural move for a brand who counts college students and recent grads as a considerable portion of its audience.

Earlier in the year, Natty Light, as it is primarily known among its fans, helped ease the burden of student loan debt by giving away $40,000 to 25 grads. Now the brand wants one of its drinkers to land a job by sharing their resume with a national audience in an attention-grabbing stunt.

This September, Natural Light will turn one graduate’s resume into a paint job decorating Nascar driver Chris Buescher’s No. 37 race car during the South Point 400 in Las Vegas.

“Between the cutthroat job market and the crippling college debt that continues to grow in America, there’s never been more pressure for our drinkers when entering the real world. So, we decided this paint scheme should be an opportunity for a recent grad to stand out in the stack of resumes,” Anheuser-Busch senior director of value brands Daniel Blake said in a statement.

Natural Light will announce the winner, and unveil the paint job, on Sept. 10, ahead of the South Point 400 on Sept. 16. Entries are open to any person over the age of 21 through Aug. 6, with Natural Light asking interested parties to send their resumes to NattyRaceResume@anheuser-busch.com.

The stunt grew out of a survey of 1,000 employers the brand conducted in collaboration with Censuswide, which found that four out of five employers said potential employees need to find new ways to stand out from other applicants. A race car resume is certainly a distinctive way to appeal to employers, although we imagine it may be a bit hard to read whizzing by at over 200 miles per hour.