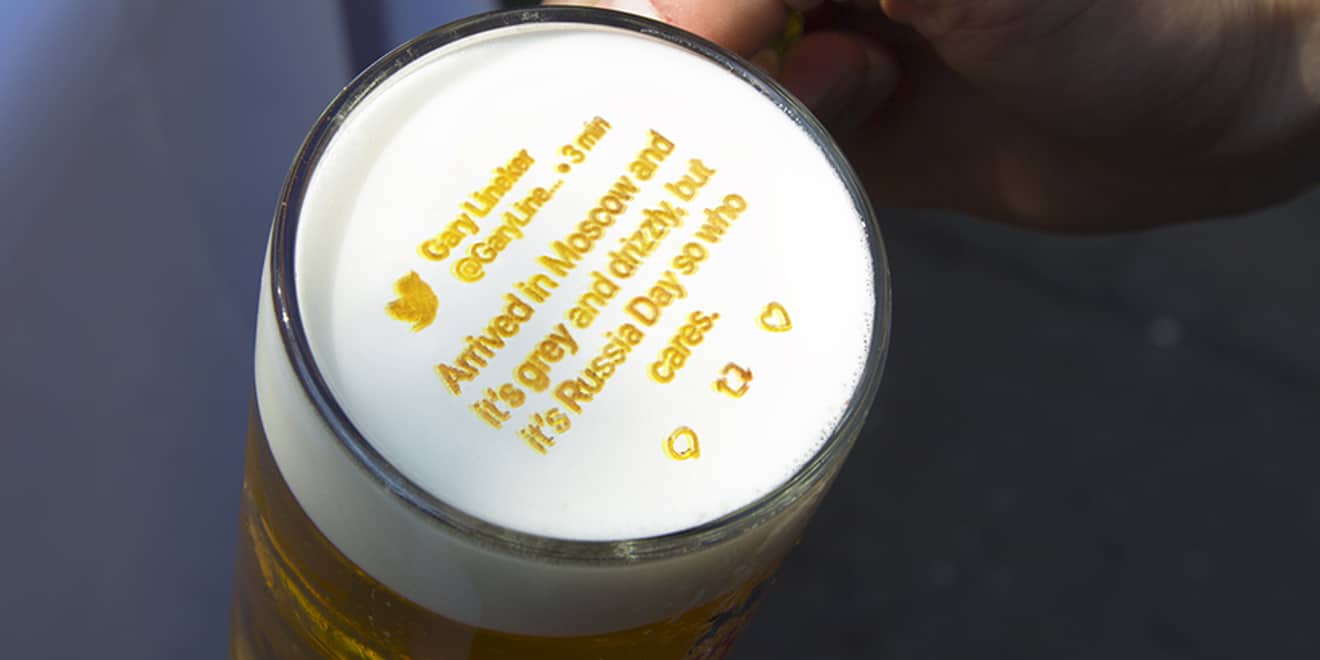 The FIFA World Cup brings together soccer fans from around the world, most of whom gather around TV screens for a shared viewing experience. But it’s also the single most tweeted event in the world.

So how could a brand keep attention off of phone screens and focused on the game? Well, here’s one…solution?

Swedish beer brand Norrlands Guld, in a celebration of togetherness and sharing pints with pals, is launching a new innovation to this end: Beer with tweets printed right onto the foam. Or as they call it, “The Social Beer.”

A film promoting the machine encourages World Cup viewers to put their phones away during the games and “follow social media live on your beer instead.”

A total of 672 million tweets were sent related to the 2014 World Cup, making it the most tweeted event to date, according to the beer brand. This year’s cup, beginning this week, is sure to exceed that statistic.

Norrlands Guld and agency Åkestam Holst built a printer with malt based ink that fetches tweets related to the World Cup in real time, then prints them on the head at the top of the beer glass. Tweets are served on beers within seconds after being posted. 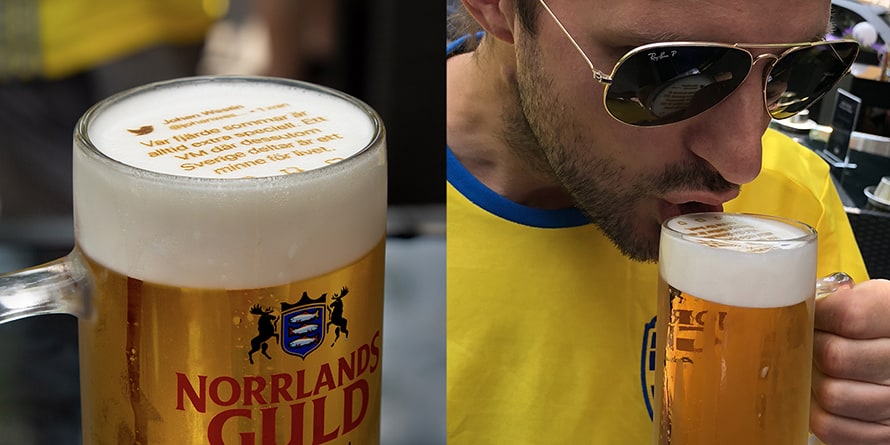 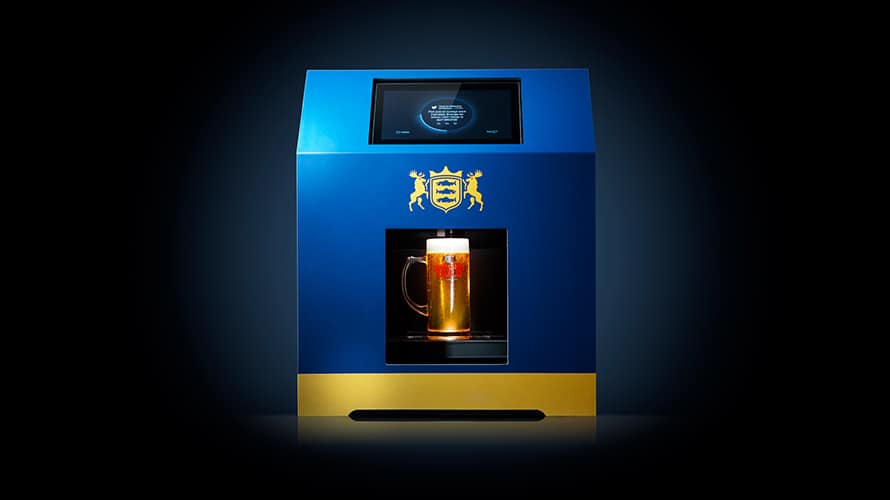 Åkestam Holst
The machine premiered during Sweden’s rehearsal game against Denmark and will be available at a few Swedish bars throughout the World cup.