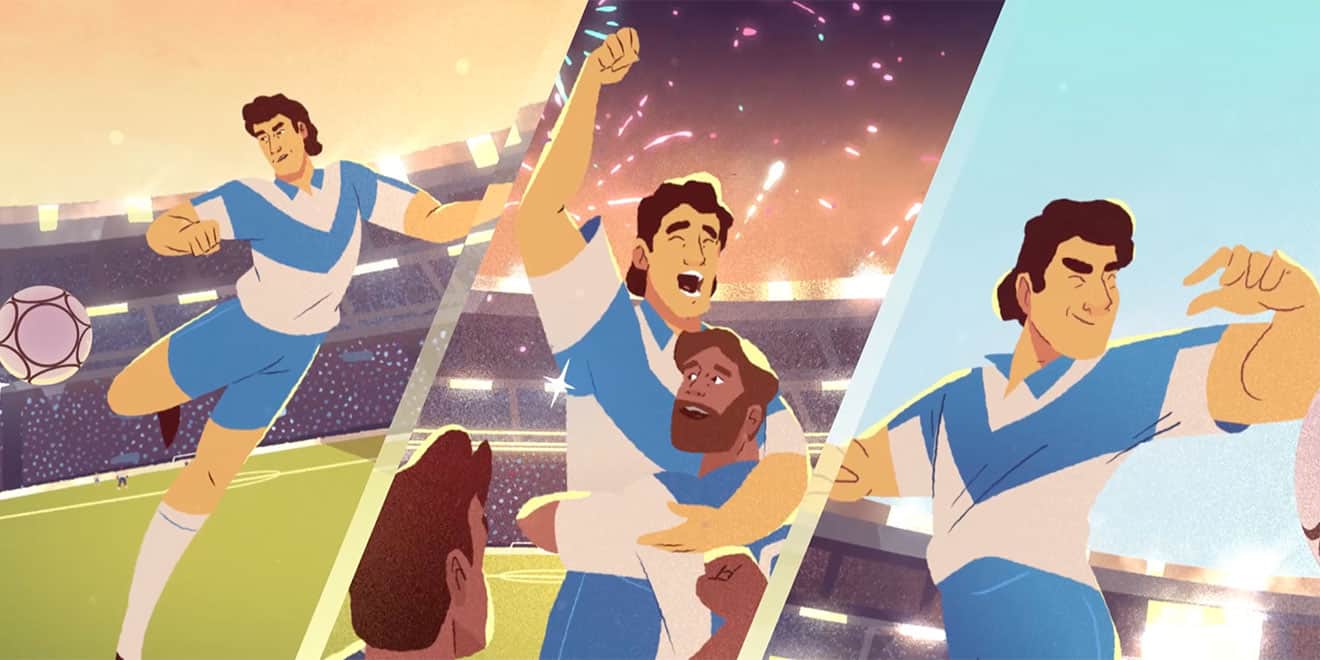 The World Cup is back, and Brown-Forman tequila brand el Jimador is counting on mounting global soccer fever over the next few weeks with its latest tournament-themed marketing push. While the brand isn’t an official sponsor of the World Cup—but is an official sponsor of the Mexican national team—el Jimador wanted to celebrate the joy soccer brings and the sport’s power to bring people together.

“There is a tremendous amount of enthusiasm, certainly in Mexico but also in the Hispanic community here in the United States, for what is happening in Russia,” Jerry Preyss, CEO of Scoppechio, said. “We felt it was very appropriate that we have el Jimador somehow participating in the narrative of this important event.”

Scoppechio and el Jimador created this animated spot that tells the story of soccer legend and former Mexican national player Luis Hernandez, more commonly known by the nickname “El Matador.” In the film, Hernandez shares his favorite soccer memories—growing up playing the game he loves with and against his brother and how that played out over time.

“When we think about el Jimador tequila, we exist to help bring consumers closer in moments of joy,” Ed Carias, senior brand manager of el Jimador, U.S., said. “It’s when consumers are getting together and having fun. It’s really the kind of moments you enjoy looking back on. We think soccer fits perfectly into that emotion territory, that mindset. It allows us to talk with a wide range of consumers, but ones that are really looking for the same thing—sharing their passion and their love for the sport with their friends.”

The new work follows a similar approach the brand took for Day of the Dead last year, when it also used some wonderful animation. After the success of that campaign, el Jimador decided to try it again, this time with support from the animation specialists at production house Giant Ant.

Of course, the campaign doesn’t just end with the animated film. El Jimador wants fans to take a tip from Hernandez and share their most precious soccer memories. Last week, el Jimador opened up an online portal where fans can either share a photo of their favorite soccer memory or type it out. One winner will score $25,000 for sharing their favorite soccer moment. An additional 10 people will win customized el Jimador jerseys designed by artist Mike Perry.

“Everybody has a great story, especially around soccer,” Carias said. “We wanted to give fans an opportunity to share their favorite soccer moments with the brand.”