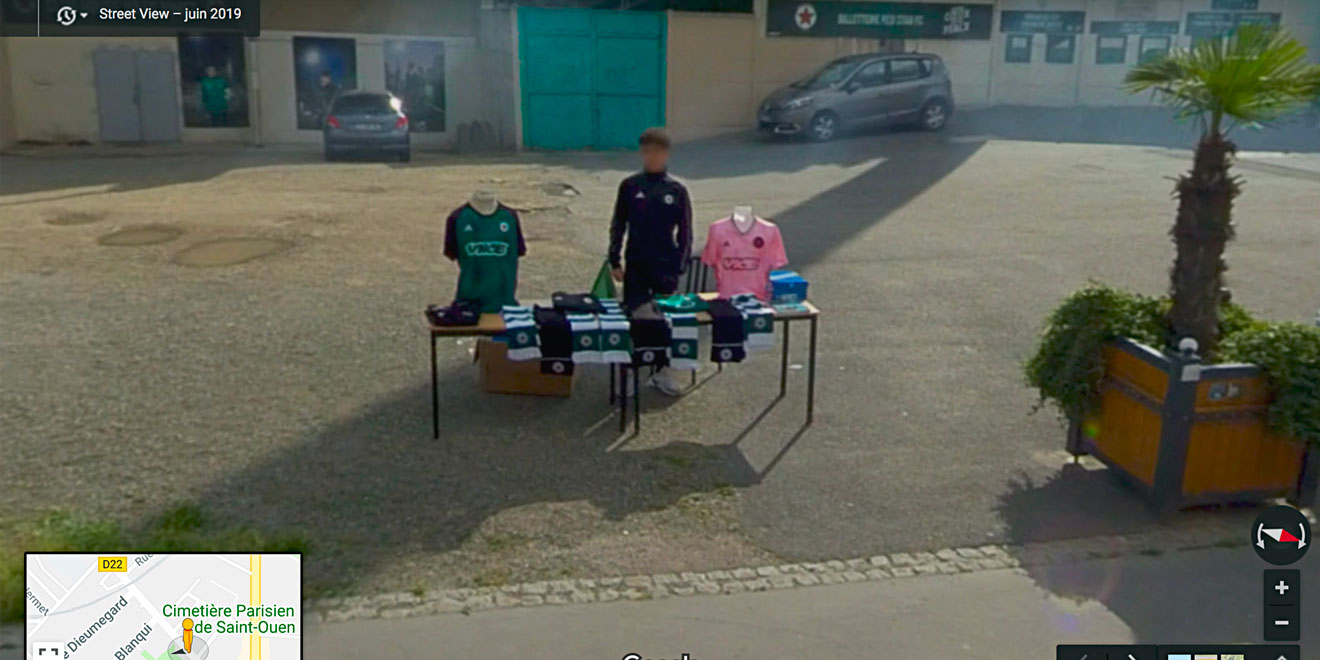 Red Star FC debuted the new shirts by posing models at various places around the suburban Paris home of its stadium. - Credit by Red Star FC

A French soccer club is putting its latest uniform on the map with what it says is the first product release announced through Google Maps’ Street View feature.

Red Star FC debuted the new shirts by posing models at various places around the suburban Paris home of its stadium and uploading 360-degree images of them to Google’s navigation platform. The resulting product placements blend so seamlessly into the surrounding cityscape that they might go unnoticed to the casual virtual passerby (clickerby?) if not for the slightly staged look of the most prominent scene.

“Playing with Google Street View to reveal our jerseys is to enter the matrix, and putting Saint Ouen at the center, show our neighborhood, the suburb, the soul of Red Star and its supporters,” said David Bellion, brand manager for Red Star. “Always, more than ever, we find inspiration in reality.”

Orchestrated by agency BETC Paris, the goal of the campaign was to establish the century-plus-old soccer club’s shirt as a fashion piece and connect it to the literal topography of the association’s home territory. The new shirt design updates the club’s usual green uniform with black sleeves and a pink “away” variation. Vice Media’s logo appears prominently as the team’s primary sponsor. 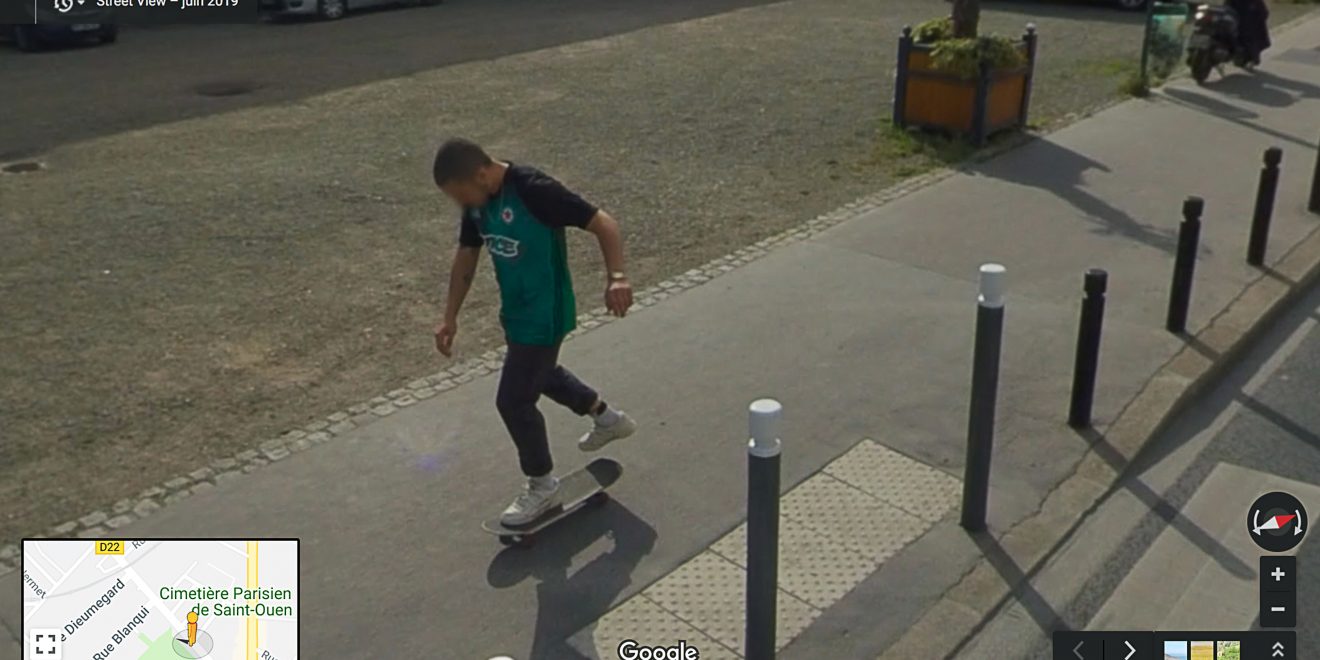 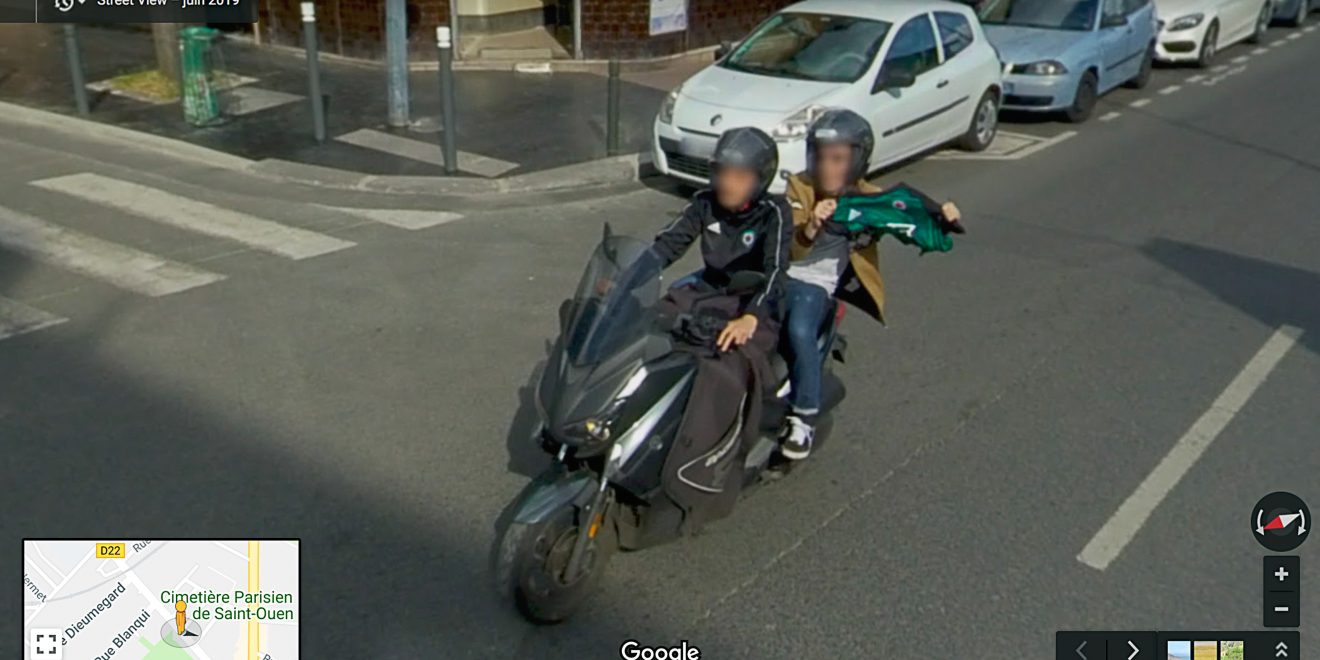 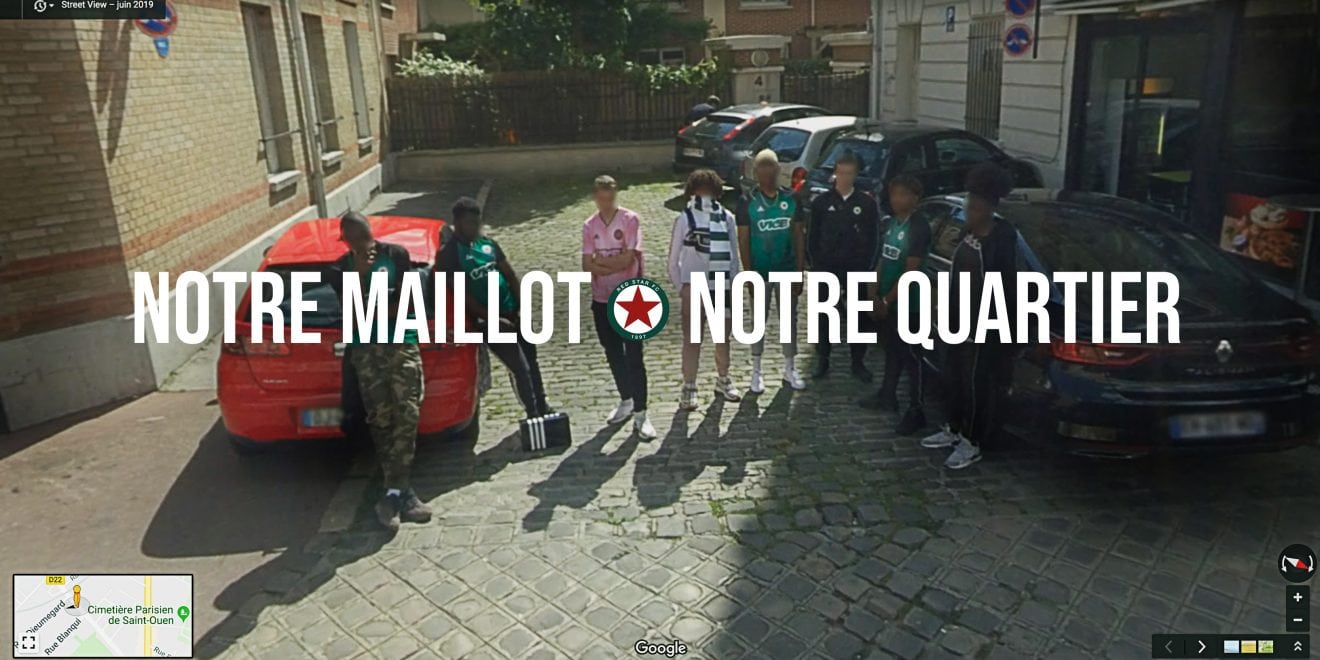 Although much of the imagery that makes up Google Maps’ terrain is shot by the search giant’s signature camera-topped vehicles, it also relies on content submitted by users. Google previously rolled out ads placed as virtual billboards in Street View in 2010 and currently allows businesses to customize aspects of how they appear on the platform in an enterprise section of the website. While companies have made creative use of Google Maps photos for advertising purposes in the past, Google does not appear to offer an official channel for product placement.
@patrickkulp patrick.kulp@adweek.com Patrick Kulp is an emerging tech reporter at Adweek.