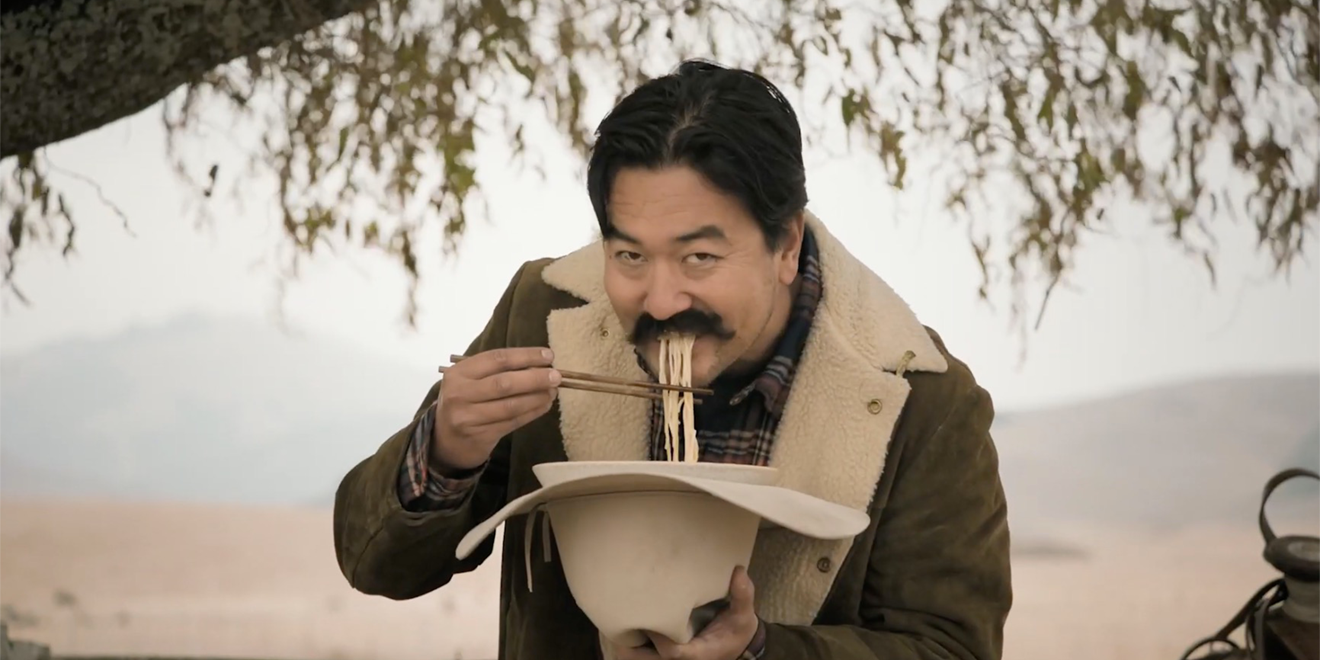 Made in America ... the Japanese way. - Credit by Ramen Hero

This is not a spaghetti Western, it’s a “noodle Western,” starring one famished cowboy straight off the open range after a day filled with ropin’, ridin’ and rustlin’.

And what he wants for dinner is … ramen?

Welcome to the first long-form ad for San Francisco-based startup Ramen Hero, which promises “the best ramen west of the Mitsuishi” and features a rancher who’s stereotypical in nearly every way (Stetson, spurs, chaps and a charming Southern drawl).

The cheeky spot, from branding studio Iyashi, might be the first introduction that many consumers have to Ramen Hero. But the direct-to-consumer brand, launched via Kickstarter in 2018 by CEO-founder Hiro Hasegawa, has buyers all over the country for its meal kits and has seen a 350% leap in its business year to date compared to 2019, execs say.

For its first major advertising campaign, which will air across digital and social media, Ramen Hero dusts off a whole mess of Western cliches—expansive horizons, soaring eagles, post-horseback saunter, impressive facial hair. (You can’t spell American without ramen, which “tastes like freedom,” says the ad).

“We wanted to use the classic trope of a cowboy and give it a Japanese twist to reinforce the brand’s mission to make authentic, honkaku Japanese ramen accessible to every noodle-loving American,” said Takashi Kusui, founder of agency Iyashi. “Really, it’s a statement about our inclusive culture and what it means to be American.”

It’s also a much-needed respite from the seriousness of the COVID-19 crisis and some of the pandemic-specific creative that’s been produced under quarantine. The short film, shot in Petaluma, Calif., before lockdowns, feels epic in scope, though it’s delivered with a wink (literally). And by the way, that aforementioned mustache is comically fake.

“American Made: The Japanese Way” aims to lodge a new term into the foodie lexicon to go along with umami and wagyu. Honkaku is kind of like the Japanese version of Nike’s “Just Do It,” Kusui says, “Even though it sounds like something a confused rooster might say.”

In fact, it’s a catch-all phrase that translates roughly to precision and attention to detail.

“If someone calls you ‘honkaku,’ take it as a compliment,” he says. “It means you’re the real deal.”

Though it’s a young challenger brand, Ramen Hero is technically relaunching with this campaign. There are three pitch-perfect vignettes to go with the 60-second spot, a new logo and Instagram-bait photography, plus the brand’s first mascot, described as “Mt. Fuji come to life and ready to party.” 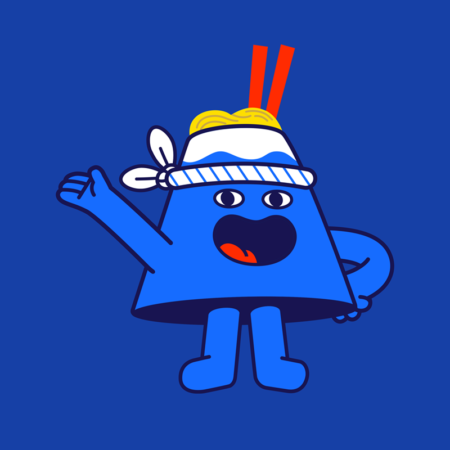 The work means to highlight “Japan and America’s rich history of creatively blending cultures,” Kusui says, “particularly when it comes to food.”