Kopari ads from Humanaut target products that use aluminum 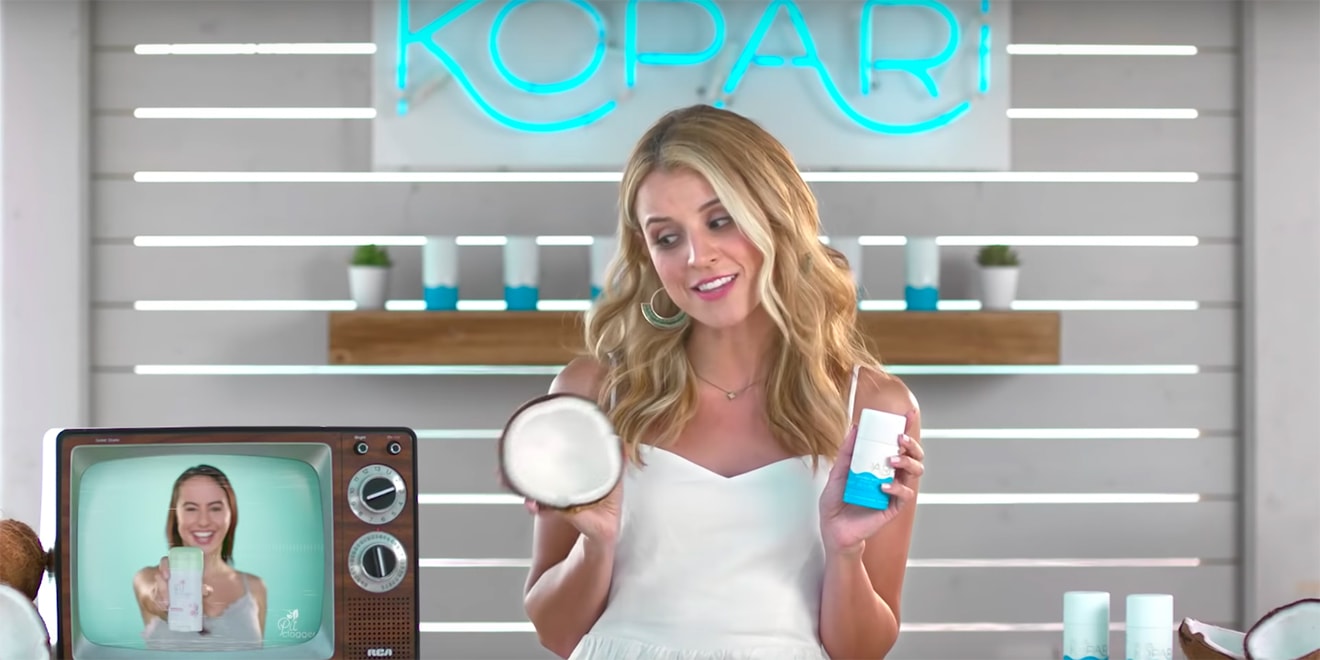 Challenger brand Kopari has a message for women using mainstream deodorants: They’re clogging your pores with aluminum and hindering the normal function of your underarm glands—oh and they “slowly poison” you too.

Targeting the use of aluminum in many deodorant and anti-perspirant products, Kopari’s snarky but cutthroat new ads promote the brand’s coconut-based product free of parabens, silicone and phthalates as  “skincare for your pits.”

Execs at agency Humanaut, launching its first work for the San Diego-based company, know they might get some blowback on this parody campaign that takes old tropes from classic deodorant commercials and tries to expose them for being “laughably not very honest,” said David Littlejohn, the agency’s chief creative director.

“We’re trying to get as close to the line as we can and make sure people know there’s an alternative,” Littlejohn said. “We’re definitely being aggressive and competitive. We’re hoping to get noticed.”

The 60-second hero spot above, “The Truth Stinks,” features a commercial-within-a-commercial where a character touts a fake product called Aluminum Ecstasy by saying it’s “strong enough for a man, but made to slowly poison a woman too.”

Other cheesy ads-within-the-ads continue to make the point, if slightly subtler, with dialog like: “He can’t see me sweat. Because I physically can’t,” and “Try this — it’s what I use to stay dry and have aluminum slowly injected into my body all day long.”

“That’s just f-ed up,” says the ad’s narrator, stationed at the beach and surrounded by coconuts, noting that, “you don’t need aluminum to fight the funk.”

The spots are dripping with sarcasm, (“Nothing says confidence like an armpit packed full of chemicals and aluminum!”), so Littlejohn thinks viewers will understand the heavy satire.

“We want people to ask if it makes sense to them to put chemicals in their bodies,” he said. “If real deodorant ads were truthful, they’d have to say the sweat ducts in your armpits are being plugged with a light metal. It kind of does sound crazy when you say it out loud.”

So is there any evidence that deodorants with aluminum “slowly poison” their users?

There’s been much debate, and some research, on whether aluminum in deodorant causes breast cancer. According to the American Cancer Society: “There are no strong epidemiologic studies in the medical literature that link breast cancer risk and antiperspirant use, and very little scientific evidence to support this claim.”

Despite the ad’s blunt phrasing, Littlejohn says Kopari is not specifically referencing cancer as a side effect of aluminum in deodorant.

The Kopari ads “are not trying to say in any way that (conventional deodorant) causes cancer,” Littlejohn said, though the campaign is timed to Breast Cancer Awareness month and the brand is donating $1 from every sale to cancer research.

“At the core of this campaign, we are really seeking to bring broad awareness to the clean alternative we provide to the aluminum found in traditional deodorants and the potential negative side effects it can have on your body,” said Bryce Goldman, Kopari co-founder and CEO. “We chose to partner with Humanaut to communicate a fundamentally important truth in the way they do best — with humor and approachability that every woman can relate to and appreciate.”

With the tagline “Wake up and smell the coconut,” the campaign is running on digital and social and also debuts this week on cable channels like Bravo, E!, Oxygen, IFC and We TV.