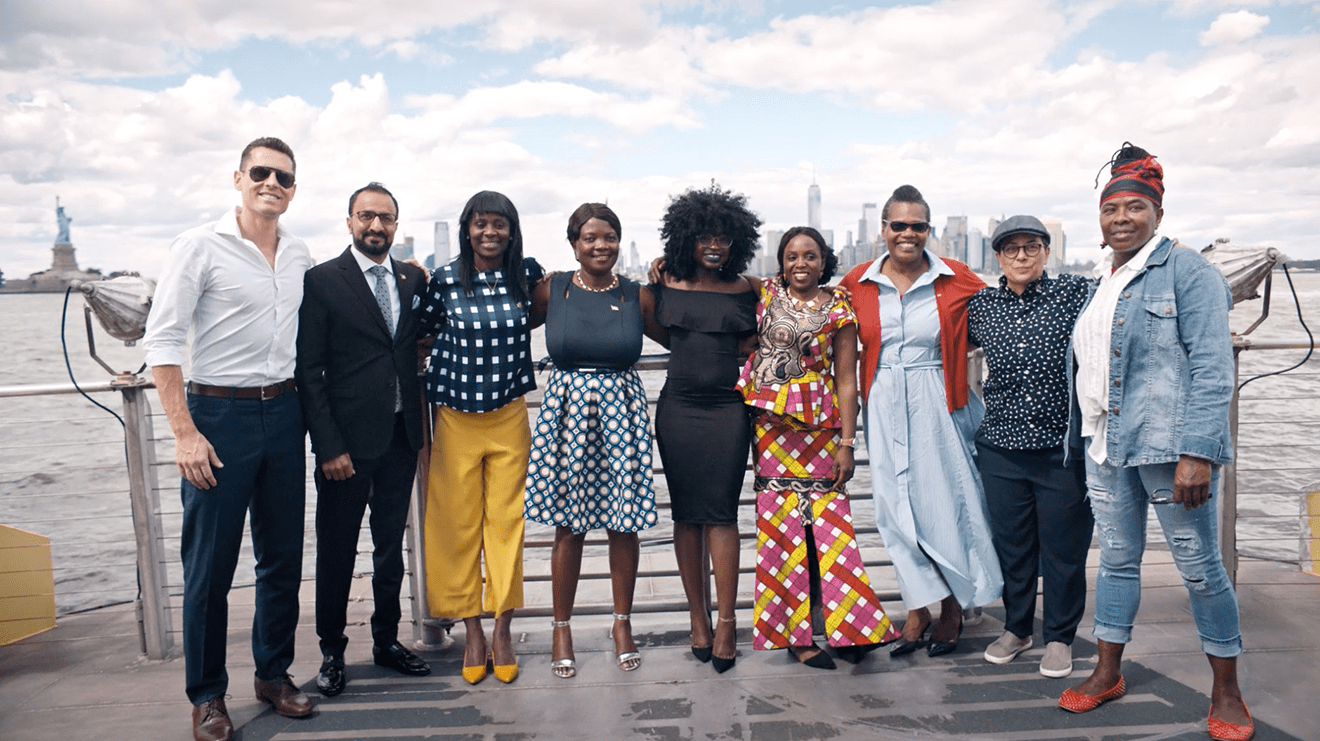 As Americans pause for Independence Day on Wednesday, a new group of people has even more cause to celebrate as they recently became citizens of the United States. With that in mind, Shinola launched a new film in support of the newest citizens in its Great Americans Series collection, a timepiece honoring the Statue of Liberty.

With the support of Austin-based Preacher and filmed by Danny Clinch, the six-minute film, “From This Second Forward,” focuses mainly on four people who came to America from different parts of the world, some facing tough circumstances. The stories are touching, moving and articulate the gravity of becoming a citizen of the United States.

One woman, Aminata Komara from Guinea in West Africa, for example, shared how she received help to get to America after both parents succumbed to HIV. Another man named Mauricio talks about how he came to the country by himself from Brazil at the age of 19 before breaking down in tears of joy about his official new home country.

Two others, Adeel Shoojar, a Pakistani man who owns a construction company and a woman from Guyana, Joylyn Ann George, who has been in the country for 44 years and works at the Federal Reserve Bank in New York, round out the new citizens featured in the film, both showing their gratitude and excitement in becoming full-fledged Americans.

Culminating in the brand attending a naturalization ceremony in New York, some of the 100 in attendance were gifted a timepiece packaged in a box with the phrase, “From this second forward, you are as American as the rest of us.” In addition to 15- and 30-second cut down spots, Shinola also ran a full-page ad in The New York Times with the provocative headline: “As American As They Come Can Come From Anywhere.” 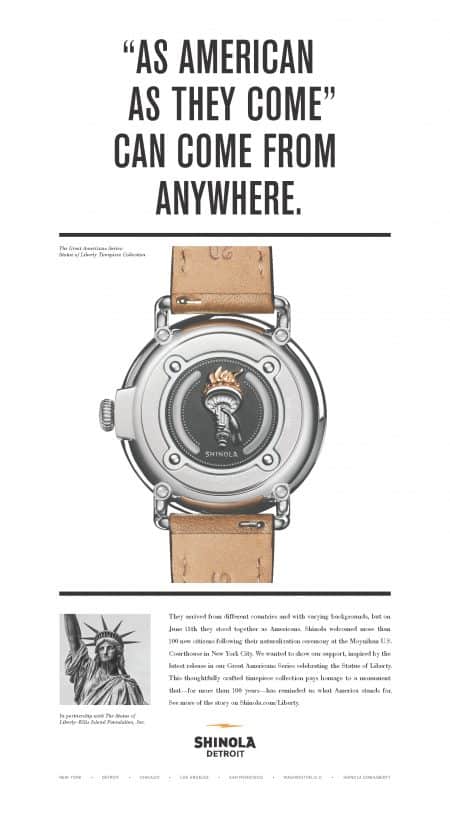 “When I went in, I felt myself one human or a human with a family. When I came out, I felt myself that I’m a nation,” said Shoojar. “I represent America now; the whole American nation is behind me.”

“We support diversity within our communities and in our American workforce,” said Tom Lewand, CEO at Shinola. “We welcome these newest citizens because, with each new perspective, America grows stronger and more whole. We see it every day in our company. We’ve seen it in this country for nearly 250 years. We’re a better nation because of it.”

The timepiece is the sixth in the Great Americans series that has included Jackie Robinson, Maya Angelou, Henry Ford, the Wright Brothers and Muhammad Ali. Its unveiling coincides with a month-long crowdfunding campaign led by The Statue of Liberty-Ellis Island Foundation to help build a new museum on the site, scheduled to open in May 2019.

“This campaign was one of those rare projects where everything just feels right in your soul,” said Rob Baird, co-founder and CCO of Preacher. “Launching a new Statue of Liberty timepiece collection (in partnership with the Ellis Island Foundation) over the Fourth of July made us take to heart what that monument has always stood for. And honestly, the poetic words inscribed at her base have never been more important.”