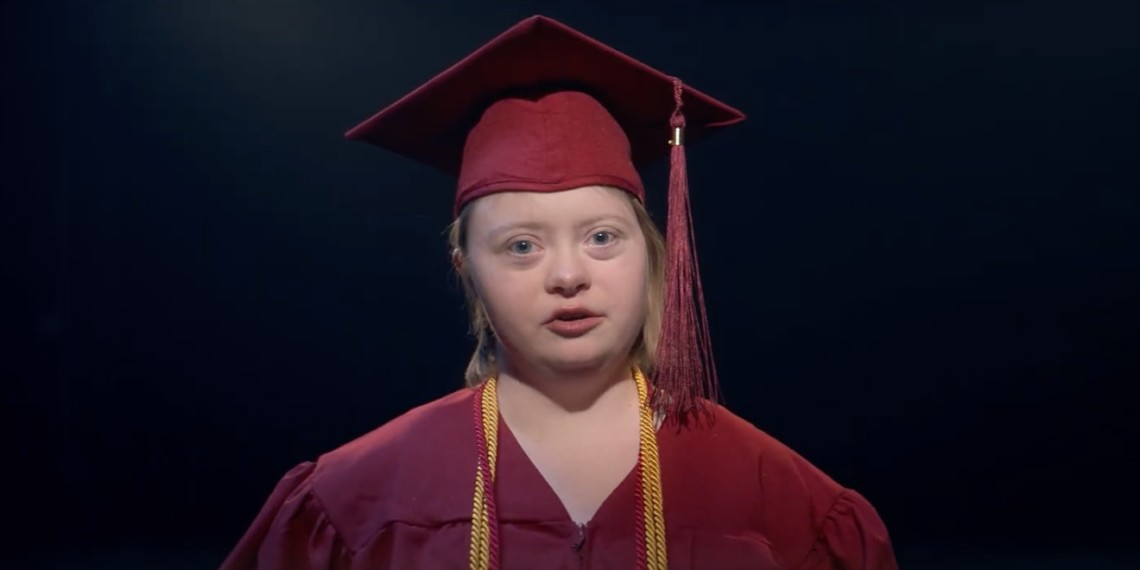 New ad dispels myths about those living with Down syndrome. NDSS

For the past few years, the Canadian Down Syndrome Society, along with their agency FCB, has been aggressive in fostering a sense of empathy and understanding about the condition. Some of the award-winning work from Canada has opened eyes and courted some controversy yet, more importantly, dispelled the myths surrounding people with Down syndrome.

This week, here in the U.S., the National Down Syndrome Society (NDSS), took a similar approach with a new ad that debunks the idea that those with Down syndrome cannot lead fulfilling lives. Created with Saatchi & Saatchi New York, the film begins with a doctor describing the limitations that parents of children with Down syndrome have likely heard.

Among the grim dialogue from the doctor are the inspirational stories of highly-accomplished and successful people who have not only lived with Down syndrome but continue to thrive. A bakery owner, college grad, lobbyist, powerlifter, Emmy-nominated actor and married couple are featured in the ad, along with 61-year-old Louis Dilauri who has outlived the average life expectancy of someone with Down syndrome by a large margin.

“Our desire is for this 40th Anniversary video to show society that individuals with Down syndrome want the American dream and that their determination will surpass any limitation put in their path,” said Kandi Pickard, SVP of philanthropy, outreach and events at The National Down Syndrome Society.

Aside from the hopeful message, the goal of the ad is to advocate for changes in federal law for those with Down syndrome. “Law Syndrome” launched last year to support a bill that would reform complex and outdated regulations that prevent the Down syndrome community from more competitive employment and Medicaid flexibility. People with the condition rely on Medicaid but must have very low income meaning that people with full-time jobs would not qualify for the benefit.

“Day in and day out, individuals with Down syndrome disprove any negative, preconceived notions of their diagnosis and demonstrate why the laws stacked against them are so wholly unfair,” said Andrea Diquez, CEO at Saatchi & Saatchi NY. “We hope that this video sends an empowering message to our society and furthers the conversation around Law Syndrome.”

The new ad is a follow up to a clever, Cannes Lions-winning experiential activation where prominent Washington D.C. figures were invited to an exclusive restaurant opening in the city that was run by people with Down syndrome. The goal was to draw attention to the issue and, after the evening, prompted lawmakers to meet and discuss the issue.